Well this is a big one - how do you pick a favorite? Played the most? Run the most? Mechanic I like the best? Setting I like the best? There are people who play nothing but D&D. That hasn't been me for a very long time. It does say "system" so maybe I will focus more on the mechanical side. I think longevity has to come into play somewhere too as there are many games I like that I have only played a few times.

This also leads to a new question: If some lesser-played game is my favorite, why don't I play it more? Every campaign is a consensus among the playing group. Maybe everyone has a different "favorite" so we settle on playing a game that is everyone's second favorite. Is that a good compromise? 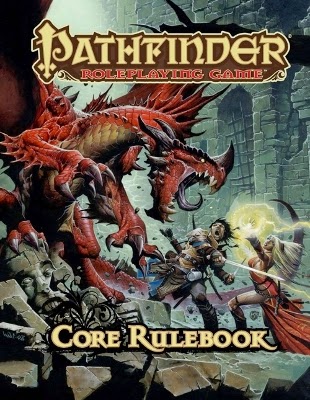 Let's just call this one "d20". It kind of has to be this as I've run 3.0/3.5/Pathfinder more than anything else and it's been the "main game" for most of the past 14 years. It's a system so massively supported I could run nothing but published material for probably another 14 years and never run out of stuff. Think about how many campaign settings have been published for d20 since the core books launched in 2000. From the relaunched Dungeon magazine back at the start to the continuing series of Paizo Adventure Paths there is a mile-high pile of adventures to run. If I ever need some ideas on rules for underwater combat, mass combat, ocean or planar travel, hit locations, horror rules, or any other kind of mechanical adjustment or system, there are probably at least 3 books on it available out there somewhere. It's just a tremendous body of work that may never be equaled. True, it does make certain core assumptions as far as class and levels, but I'm OK with that, they work for me for quite a bit of what I like to do.

Plus, it gave us Mutants and Masterminds and a serious superhero RPG revival and that's another credit to the system. M&M also doesn't use class and level like traditional d20 does, which may point out just how truly flexible the system really is.

Also, it led us to 4E which is another system I enjoy running quite a bit.


Every game system conveys a certain feel or flavor in play and to me just reading the game is not enough to really get that flavor - you have to play it! Sometimes more than once. One example that I don't talk about a ton here is GURPS. Reading the GURPS rules can make it seem like a dry game but the system has always been a lot of fun whenever I've played. People who read HERO system get distracted with the numbers but in play it turns into chucking handfuls of dice and punching villains through walls. Based on that I have two more games to mention: 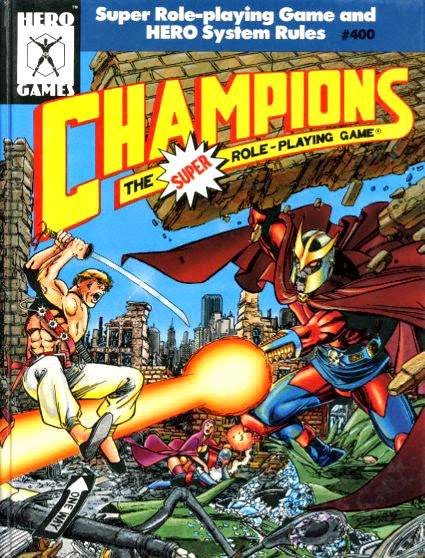 I've discussed it quite a bit on the blog so I won't run on about it again but it's a great system and maybe the most flexible system while still keeping significant detail. If I was running it now, or had been running it recently, it would probably be #1 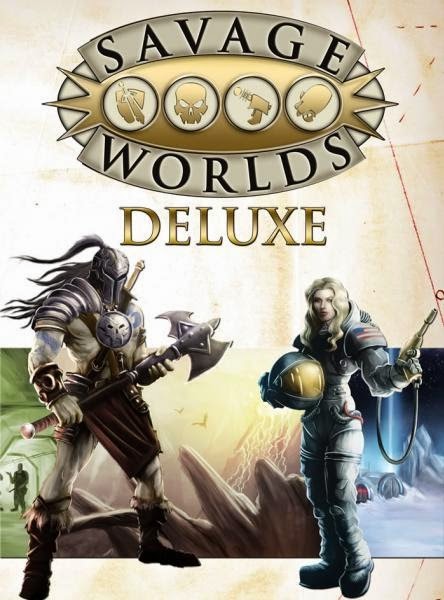 Another game that is a lot of fun to run regardless of genre. Cards for initiative, stones or chips for Bennies/Fate Chips, a simple fast system that plays exactly as advertised, and a ton of support material make for a damned fine game that is sometimes overshadowed by bigger marketing.
Posted by Blacksteel at 5:00 PM