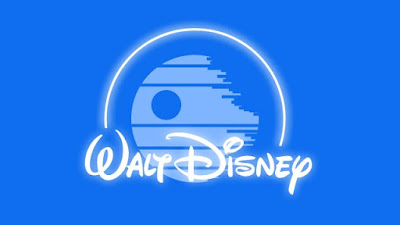 In the 80's, despite the popularity of the movies, there were very few Star Wars novels. Splinter of the Mind's Eye, Han Solo at Star's End, and a few others. Plus some comic books. That was about it.

In contrast, we were drowning in Star Trek novels. 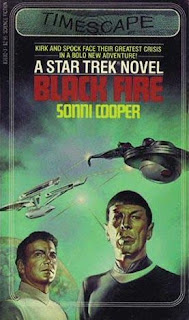 When it came to Trek novels, comic books, games, and other stories, there was one rule: None of them were part of a shared universe. Each one was "canon +1" -  referencing only the TV show and maybe the movies plus the new work itself. "Black Fire" was not in any kind of continuity with "Web of the Romulans" or "Dreadnought". Now an individual author could write several books that shared continuity with each other, and some authors tried to cross-reference their stories, but none of it was official.

None of it was canon.

That's probably a good thing, as a lot of these things were not very good. Rather than trying to curate a coherent, connected universe of 3rd party media, Paramount said "go nuts" and didn't try to endorse anything as official or canonical. And no one was really asking them to do so.

Then in the 90's Star Wars realized there was a lack in this area and started up a new line with a new approach - what would some day be called the Expanded Universe was canon, was coordinated, and was all in continuity with everything else.

At the time, this seemed pretty cool. Even then, however, I said to my friends and myself "sure, it's all canon - until George Lucas gets around to making Episodes 8-9-10." Did anyone really think that Lucas was going to let his movie-making be limited by a novel someone else had written? That's ridiculous.

I do admire the effort that went into it though, even if it seemed like something that almost had to have a limited lifespan. I also liked that the Star Wars RPG laid a lot of the ground work for names and locations and other elements of the universe.

Over the last year, with the new movies getting underway, there has been a lot of hubbub over the revocation of this state and the implementation of a new order: All of the old EU stuff is branded "Legends" and now there will be a new canon, undoubtedly better than the old canon.

And in 20 years (or less) you can bet they will do this same thing all over again. 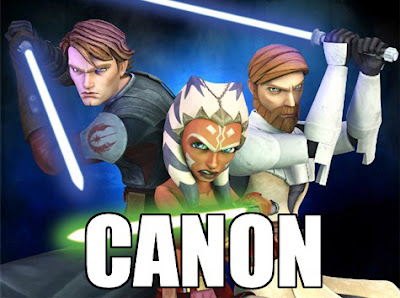 So I would encourage those who spend a lot of time sweating canon, especially since 99% of you are not getting paid by Lucasfilm/Disney to work on it to stop worrying about it. A good book is still a good book and a bad one is still a bad one. "Canon" does not equal quality!

Sure, it chaps me a little bit that the Zahn books - written by an author I knew of before that time and really really good even today - are no longer "officially endorsed" and all that but that's more because I suspect not as many people will read them than because it reduces their level of goodness. It doesn't mean I wouldn't recommend them to a friend. The same thing happened to Splinter of the Mind's eye and a lot of us thought that was uncool too - circa 1980.  Yet I still see the book on shelves. 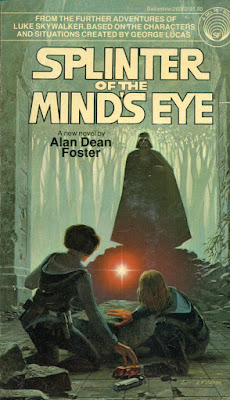 Just remember that the only true canon for Star Wars are the six movies (soon to be seven). I know, I know, Clone Wars and Rebels are canon too. So was the Holiday Special at one time.

The movies are canon. In the long run, nothing else is. Go with that and you'll sleep easier.

The Flash - Season One 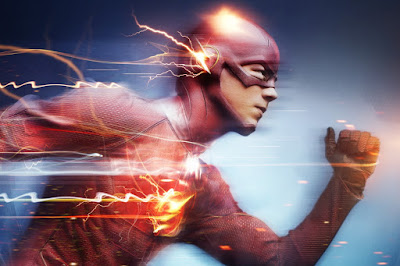 I watch this show every week with Apprentice Who and it has become much more than a show I watch because one of the kids is interested. I have to say I have been pleasantly surprised - even more than that, I've been amazed. That doesn't happen a ton when it comes to TV anymore. I was cautiously optimistic a year ago. That proved to be worth it as the first season of this show is really really good. That is, if you like comic book superheroes adapted to a live action TV series. Sure, we've had the movies for over a decade now, and we've had some quality animated series, but it's been a long time since we've had a decent live action superhero show, and this one really makes me happy. 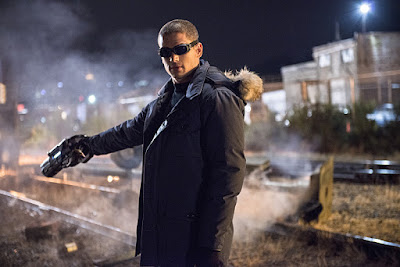 
Another interesting note is that it generally seems to be well-liked among both marginal and more dedicated super-fan-types. That's an achievement that rarely happens. The only real criticism I've heard is that the actor who plays Barry is too young. I get that. I can understand it, especially coming from the long term hardcore Flash fans, where it seems to mostly originate. Barry is the more seasoned character, and Wally West is the young whippersnapper. It's easy for me to overlook it, shrug, and say that we're watching "Flash: Year One" and that he should be young. I understand those who have a harder time doing it though. I just worry that you're missing a really good show over an issue that may not be as important in the long run as the weight you're giving it. 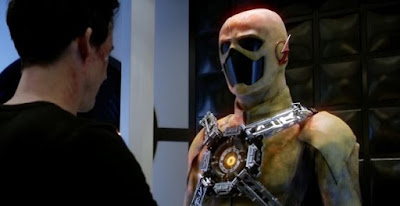 The first season gives us a quick origin, the supporting cast, a significant chunk of his rogue's gallery, several plot twists and turns, crossovers with several other heroes (Green Arrow, Firestorm, and The Atom), and the resolution of most of the major story arcs introduced along the way.

Season 2 just kicked off this month and has already introduced Professor Zoom, Jay Garrick, Earth 2, and the 52 universes! Not only did this show start strong - it's getting better!

Another plus: There's no reset button. From 50's Superman to Batman 66 to most versions of Star Trek that's been a regrettably common element in telling out-there stories. This show is a serial. Like a comic book. Remarkable, eh? 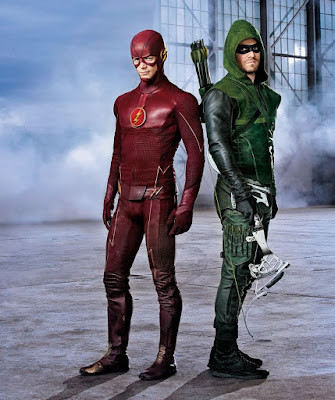 Now it isn't perfect but the list of possible improvements in my head is limited.
That's about as strong a recommendation as I can give. It's worth your time if you like the kinds of things I talk about on this blog. Enjoy!
Posted by Blacksteel at 5:00 PM No comments: