The Last Month of the First Half of 2020

Where to begin? Such a weird year. I was actually running and playing in games again and then ... POW! Nope!

Friends isolating so the only way we see each other is online. Tabletop simulator is interesting, Lords of Waterdeep is a really good group game, and we've played a lot less of the MMORPG option than I thought we would - even City of Heroes. Thank god for Steam sales, GOG sales, and the Total War series of games, especially Warhammer 1 & 2. I might be a little obsessed these days. 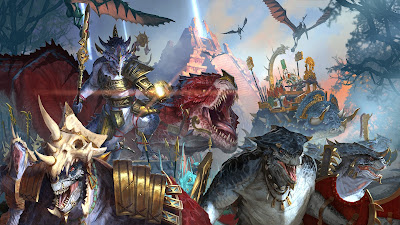 Working from home full time ... I worked from home a few days a week already so all I really did was slide that control over to "max" and have more time to do whatever I wanted to do. It was not a tough situation here, especially compared to a lot of other people.

As all of this hit and shut everything down I had decided it was time to push the Pathfinder 2E tryout campaign into something real. I had been running it using Frostgrave as a model for the setting and while everyone was having fun it was not all that conducive to a long term campaign - it's kind of limiting as far as social activity and general downtime fun when you're in a giant uninhabited frozen ruined city and the nearest outpost of civilization is a village like the one  in "Hardhome" in that great episode of Game of Thrones.

I had high hopes for it but quickly realized that by fairly strictly following the structure of the miniatures game's background I had crippled the potential in a lot of ways. Even worse, when I thought through what I could do to improve things it quickly turned into my Phlan campaign with more snow being the main distinction. What can I say? I kind of have a template for running a ruined city D&D game and I didn't really want to repeat myself just yet.

So I poked through the stacks and realized there was a fairly obvious thing to try: What if it's not a ruined city? What if it's a living breathing city full of interesting situations? now I've thought for a long time the next time I ran a city campaign it would be Waterdeep and all of those nice supplements they've put out covering it over the last 30 years. Nope! 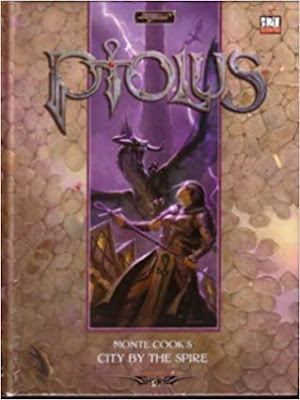 They ran a kickstarter a month or three back for a D&D 5E version  of it but if I'm running it for Pathfinder 2E then I don't really need that do I? I can convert from the book that's been sitting on my shelf for 10+ years now just as easily!

So that's the plan for the Big Fantasy Game that I always seem to be running ... well, once the restrictions lift and everybody feels comfortable gathering again. More on this later.

The plan is to run a game weekly but sometimes that's not schedule-friendly so to allow some of my players to lighten the load I'm considering running two games, alternating weeks. For the second game I presented a few options but we settled on Star Wars, FFG-funky-dice-Star-Wars because I want to give it a real test. I'm adapting one of my old ideas so the actual work is small and feels like a lot of fun as I look back through it. Setitng it in the Clone Wars era opens up a nice set of options, including active Jedi types, and with official FFG support material it's pretty damn easy to put together.

Oh and now there's a 9th edition of 40K coming soon too - I'll save that for Friday.
Posted by Blacksteel at 12:00 PM No comments: