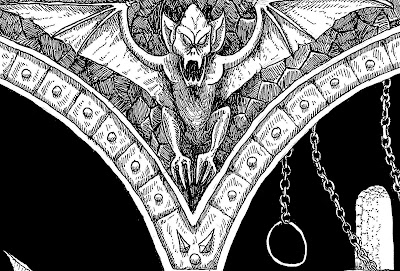 So ... went a little retro over the weekend. Why?

Sometimes, after months of running 4E, as much as I like it, the pace of 2 or 3 encounters per session wears a bit. I'm in the mood for something faster. In the past this usually prompted another trip to the Caves of Chaos or Quasqeton with the Apprentices, but at this time last week I was seriously looking at playing another round of Next ... with the Caves of Chaos and some hope of moving on to the Isle of Dread which is also a part of the playtest packet now.

But ... the boys still have a bad taste in their mouths from that failed experiment last year and I don't want to have to argue them into a game. I've tried having them read it before but since it's a LOT of text and "it's a test version" reading it loses out to talking smack to their friends on XBOX live. Also, I've spent a lot of time in the Caves and it might be nice to have something totally new to explore for all of us. 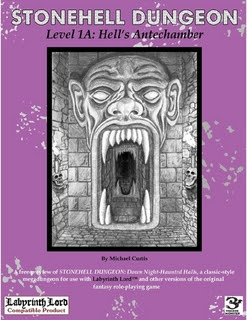 Poking around online turned up some possible options but then I ran across Stonehell and after reading some reviews and flipping through the preview I decided to make an impulse purchase. It's big enough to run for a long time but I don;t need to keep up with 30 pages of notes for each level - that almost-one-page-dungeon format it uses hits a sweet spot for me for this kind of game. I went ahead and printed out the upper section but I suspect I could run it from an iPad if I needed to. 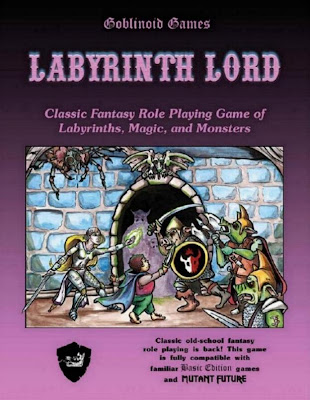 Then I got to looking at what OSR system it used - lord knows there are enough of them out there these days. Ah, Labyrinth Lord - OK, I have that, it was pretty much Moldvay Basic, right. Flip flip flip - yep. Ah, but I don't really want to go back to Elf as a class, we already have that in the B2/B1 game. Ah-ha, Advanced Companion. It's an adaptation of the AD&D races and classes to fit into B/X type games - that should do it. My main motivation here is that I don't want to have to do any conversion work to run this - I'm doing enough of that on the 4E campaigns. I want to run it as-is and see where things go without that extra layer of processing/preparation that comes with  a conversion. 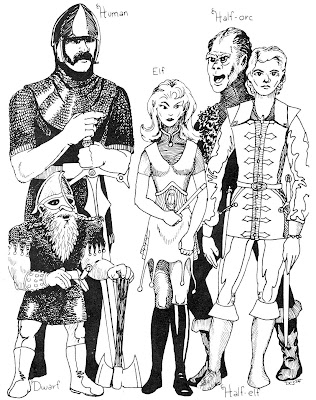 So I had an adventure and some rules - what else is out there? Couple of cool things:

I'm sure there are others but these 3 stood out to me.

I also added some house rules:
Characters die at -10 hp (it was good enough for AD&D it's good enough here) A failed "save or die" roll does not cause instant death but drops you to 0 hit points and you immediately begin the death spiral of -1 hp per round until aided or you reach -10 and die. This applies to poisons and death ray type effects. Petrification still turns you to stone, Massive damage still does massive damage, etc. Someone hit by poison can be stabilized at 0 hit points but cannot regain consciousness without a potion or spell effect to neutralize the poison.
Level drain effects allow a saving throw and drained levels return at one per week, assuming you are not turned into a wight during the battle.


Also, I added a tweak for weapon usage: Using two weapons gives the user a +1 to hit, using a weapon two-handed gives the user a +1 to damage. At one point I tried out letting the two-weapon user roll 2d20's and use the highest but that was too much. I think toning it down to a +1 should make it interesting without overpowering the thing. The two-hander bonus helps bump up those weapons just a bit to make the player feel like he's made a choice that matters without overpowering that option too.

Anyway there is the thinking and the rules tweaking - next up is the action report. 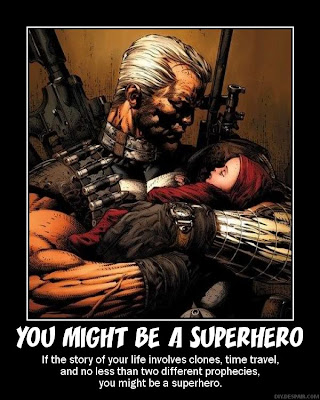