Greatest Hits #1 - 4th Edition and Me

I played a lot of AD&D during the 80's, probably more than any other game. So when they announced they were making a 2nd edition about 1988, it was a HUGE deal. However, we had not really seen the edition changes with RPG's at that time that we have now, so the idea of a new edition was still kind of a new thing - they're going to make the game better, right? Plus there was some discussion in Dragon magazine and eventually a full insert that described what the new edition was going to do and it looked really good. There were no internet message boards - just friends, the people you met in stores, local game groups, and BBS's. Everyone I knew was pretty excited about it - we liked non-weapon proficiencies, we liked "spheres" for clerics, we liked the initiative changes - it was all good! Well, we did lose half-orcs and assassins but in my experience at the time most of the people who played assassins were jerks anyway and tended to assassinate party members just as often as they did monsters. Anyway, the game came out in 1989, it was huge, and everyone I knew switched over right away and we didn't touch 1st edition ever again.

I played a lot of AD&D 2nd edition in the 90's, probably more than any other game. So when they announced that they were making a 3rd edition about 1999 it was a big deal. We had seen multiple games go through multiple editions by now (Shadowrun, I'm looking at you - 1st ed 1989, 2nd ed 1992, 3rd ed 1998) and had to repurchase books and emotions were a little less positive. Plus they ran a year-long preview series in Dragon and a lot of the changes I saw looked suspicious and pretty radical. I was skeptical right up until the books came out then once I read the "whole" instead of selected parts, I fell in love with it instantly - the unified mechanic was huge and the single experience chart was a massive change for the better, freeing up multiclassing in amazing ways. level limits were gone, finally! And monsters finally had full stats, which eliminated a ton of problems. It was awesome and I totally dropped my misgivings and started up a new campaign within a month. We never played 2nd edition again once we had 3rd.

I played a lot of 3rd ed D&D in the 2000's, probably more than any other game. The 3.5 revision in 2003 was way too early in my opinion and my group largely ignored it as no one wanted to buy the books all over again. So elements of 3.5 gradually filtered into my existing campaign until we started my last 3rd edition campaign in 2008. that one I declared to be officially 3.5 and picked up the last few class books I didn't already have. The games were close enough that at the lower levels (where we spent most of our time) the differences didn't matter a great deal.

Then rumors of a 4th edition started seriously flowing about 2007. WOTC denied them flat-out in January of 2008 so i felt pretty comfortable that we weren't going to be seeing a new edition for another year or two - I assumed they would announce it at GenCon a year in advance like they did the last time. So when they did announce about February or March that it was coming in June of 2008 I was shocked - no dragon previews, no big online previews even. They did put out some books that you could buy (!) that were previews but considering I had not had to pay anything extra for the previous ones there was no way in hell they were getting my money for those. But I did get a good deal on a preorder through the local store so I did it. After all, I had liked each previous revision so why not? Plus, as the bits and pieces leaked out I really liked what I saw - a lot of things were very much like what I had houseruled during my 3rd ed camapigns: skill consolidation, more HP's, simplified languages, stc. Then I picked up Star Wars Saga Edition, described by some as a test bed for 4th edition, and it was awesome - it was everything I would have changed plus a little more and it worked and I was very excited for 4th edition - it was going to be great!

Then 4th ed was released, I picked up my books, started reading the PHB and felt awful - this was not anything I recognized, with the changes going far beyond anything that was in Saga. Radically different, it didn't look or read or feel like D&D anymore. At the time I did not play and had not played any MMORPG's but even I recognized the elements taken from them and didn't like most of them. In short, I thought that I was going to get D&D Saga Edition and I didn't and I hated it.

So we continued with our 3.5 campaign and the 4th ed books gathered dust for the next year and a half or so.

The 3.5 campaign ended and I thought about introducing my "apprentices" to D&D as they were now 13 & 10. I decided I should give 4th edition another chance and start them off with "their" version of the game, the "modern" one, letting them skip all the legacy material in my head from the past 4 versions that I had played. So I started reading the books and I actually got through all 3 of them this time and there was actually some good stuff in there. I can see a lot of what the designers were trying to do and a lot of it actually makes sense and could be a lot of fun. I tried running the boys through the adventure in the back of the DMG and it took FOREVER. Plus, they pretty much focused on their powers to the exclusion of all else - I didn't like that so I dropped it and started them off using Moldvay Red book basic. We've been playing for a couple of months now and it's going very well - see my session reports in my other posts for details, but I like the way they are approaching things. I am running that and Savage Worlds Neccessary Evil and I am quite happy.

But I still can't help but think there's some value in 4th edition. I have these nifty books, and I like parts of the system, and I hate not "keeping up" with what is going on with D&D. So at some point in the near future I am going to try and run a campaign of this thing, with friends, to try and get a handle on it. I have several campaign ideas I want to try, I will post those later.
Posted by Blacksteel at 12:00 PM No comments: 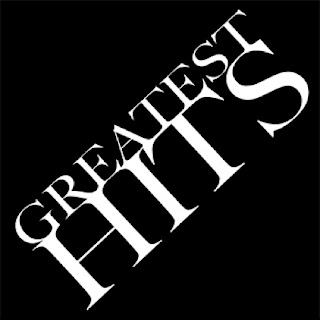 Well 2018 has been a terrible year in some ways and a good year in some others and one thing that it impacted was the blog - as evidenced by my severely reduced post count.

In an effort to get things back on track here at the end of the year I thought it would be fun to go back through the last 9 years and pick out my favorite posts and re-post them once per day. No, this isn't the finale of the blog - it will continue - but it seems like an appropriate way to wrap up the year ... this year anyway.

A clarification: This is not a list of the most popular posts, the most commented posts, or maybe even my best posts. It's just a run-through of the ones I think are worth a second look, or maybe a first look if you missed them the first time.


So stand by for a sustained retro blast my friends ...

SkaredCast again with two Elite armies you don't see as much these days.


Posted by Blacksteel at 1:55 PM No comments: