The New Star Wars Campaign, Canon, and Making It Yours 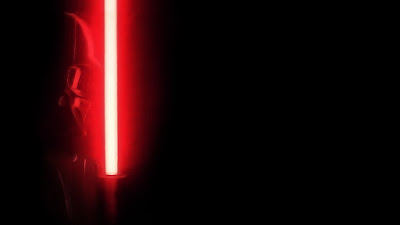 I'm in a bind - I'm finally getting to run a game in a system I really like using a campaign concept I came up with years ago but I can't really spill the beans here because my players haven't figured out the big picture just yet. They know it's different, they just don't know why. The odds they would read it here are small but I want to see the look on their faces as they figure it out. Another session or two should do it.

Let me say this: The biggest complaint I hear (and have heard for years) about playing a Star Wars RPG is that "We already know what happens". This is a very narrow point of view - it's a big universe, both space-wise and time-wise and there are a lot of places and eras to play in without being upstaged by the movie characters. I've never felt constrained by knowing who blew up the Death Star and all of that story because I've never felt like that was the only thing to do in that universe.

Some people feel that way though so it can be a factor. Two things that drove my concept for this game:


One of the attractions of using a known universe like Star Wars is the chance to interact with familiar things, but it loses a lot of the appeal if it turns into a museum trip where you can look and talk and maybe touch but cannot make any real change. Even if the GM tells the players that change is possible, a lot of players are reluctant to do so, to take actions that would send things "off course".

In my experience the best way to get over that is for the GM to make the first change. This lets the players know that it's OK and they aren't trapped in a movie or expected to stay on the rails. Once that happens, in a big bold way, they know anything can happen - and you're off and running!

I feel like I'm being too general here so fine, I'll get specific: How is this Star Wars campaign different? Well, it follows canon completely up to The Empire Strikes Back. Then, near the end, one thing changes: When Vader says "Join me", Luke, battered and bloodied, says "OK". After that, a lot of things start moving and the rails disappear.

So that's my big reveal for the campaign. it's the same universe we all know and love except that one man, in a moment of crisis, made a different decision - and changed everything.

Now to see what my players do with it!

Investigations into a Fantasy Campaign 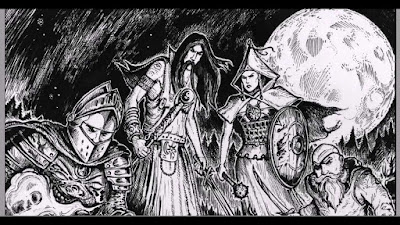 (other than Pathfinder, that is)

Reading some rulebooks and playing some Pillars of Eternity has me thinking about some other options at the table.

So many adventures - faster and simpler is huge. All of these games look like a good time waiting to happen.
Posted by Blacksteel at 12:00 PM 4 comments: 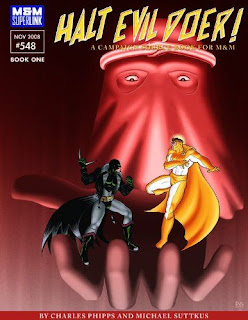 I'm a little late to the party on this one since it came out in 2010 but I read some good things about it and decided to pick up a copy.


I can best describe Heroic Earth as a world where DC and Marvel character homages (and others) are freely intermixed along with nods to other related elements. For example, the son of the big American hero (a sort of Captain America/Iron Man combo) ends up in the role of what is effectively Cobra Commander from GI Joe. It feels as though it has been used in actual play and that some of the answers in the book come from questions that arose during games.

The book covers all the things you would need to run in the universe:
The things I liked:

Things I didn't: There are quite a few characters presented with no illustration. Many are shown, the big time characters in particular, and I know art can be expensive, but it really helps with a super hero game to have pictures. I know I've been spoiled by the full-color heavily illustrated books of the last ten years or so from M&M to Icons but it's really become a standard for me. That's really my only complaint.

The level of information here hits that sweet spot for me - enough to inspire and run a game but not so much that the details smothers the life out of the setting. For example - the chapter on space has information on the power groups, agendas, and history of the major players. It's enough to answer questions from earth-bound players and enough to set up a background for a character with an alien origin, but it doesn't drill down into maps of the galaxy and statistics for a Thran space cruiser. It's exactly what I'm looking for in a super-earth setting book.

So how will I use this book?

Well, I probably won't run it as it's own setting for one of my campaigns. This is mainly because they are already rolling in their own settings. BUT - as a superhero GM you never know when one of your players will send the whole team to a parallel earth and this book gives me an easy option if that happens - famous heroes and villains, history, geography - all the things I would need on the fly to make a believable world.

Quite a few of the organizations look like they would be easy to drop in to an existing world so there's a chance some of them appear in my games. Heroes and villains and new alien races are also always welcome.


If one of the Apprentices wanted to run a supers-game I would probably hand them this one because it is both coherent and concise - one book covers it all! That makes it easier for a new GM to get a handle on. It's a different perspective than Freedom City or Emerald City in that it's not a city-focused book - it's a world-focused book.

I would also recommend it to someone who's not looking for a massively detailed setting and who doesn't want to have to create one on their own, who wants a solid super-setting to refer to without being out-knowledged by the local Marvel-guru, DC-savant, or Freedomverse-nerd. Here's a setting where someone could run some games - in any system, really - and have some names and details ready to go when the heroes run into an agency, or he needs a bad guy network to drop in, or just wants some easy reference material on what happened before the game started.

It's a very useable book, as a whole, or in parts. For more information on the setting there has been a massive ongoing discussion on the Atomic Think Tank for years (now archived) and on the newer Ronin Army Forum.

Posted by Blacksteel at 12:03 PM No comments: 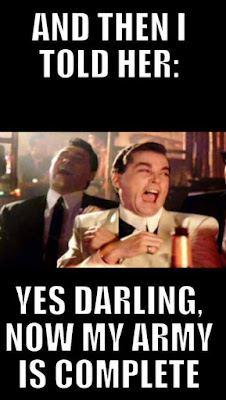 Posted by Blacksteel at 8:20 AM No comments: