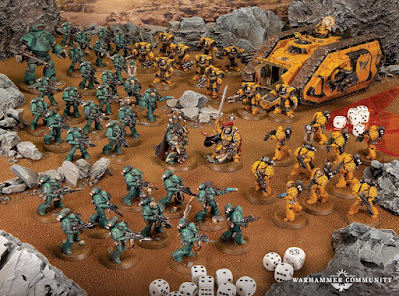 Well, it looks like Horus Heresy is becoming GW's 3rd big game. I mean sure, they have the skirmish games like Kill Team and War Cry, and side games like Blood Bowl and Necromunda, but the effort they are putting into this launch is an order of magnitude higher in my eyes.

That's not a small effort by any measure - and that's just for the launch.
Now I've never cared all that much about playing HH games outside of Epic back in the old days but I am very happy about this upsurge for reasons I will explain below but one of the negatives in my eyes was that it was pretty much marine on marine fights and despite having plenty of marine armies it just never really pushed my buttons. Well, they're fixing that and they're going to offer support even for discontinued models so it feels to me like they're handling this in a really good way. 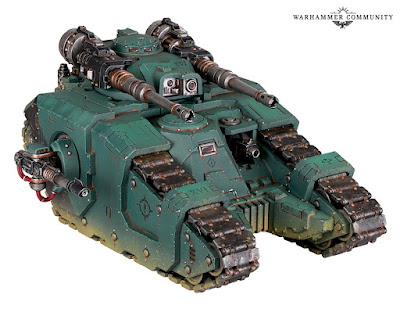 That said, even if I don't think I'll be playing HH anytime soon, why am I pumped up about this release?
Because it secures the future of regular marines in 40K.
We've heard doom and gloom about the always-right-over-the-hill-of-the-next-codex-or-next-edition elimination of "normal" marines in favor of Primaris for a few years now. This seems very unlikely now as I am 100% sure there will be rules for everything in HH to use them in normal 40K. GW is not going to make a whole new/redone range of space marines and then block customers from using them in 40K.  So Rhinos. Spartans, Sicarans, Cataphractii Terminators, Contemptor dreads, and normal marines will be a part of the game for a long time. 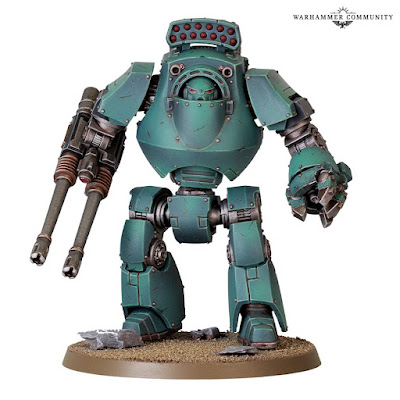 Now that doesn't mean that I think nothing will change. I suspect the upcoming 9th Edition MkII marine codex may have some notable changes. The big change I think would come with 10th edition in a few years and I suspect they will just make it "marines", dropping the Primaris distinction altogether game-wise. They may not keep all of the units for Firstborn Marines - bikers for example - in the main codex but 10th is a milestone that will matter to them and it will also run through the 40th anniversary of the game. We could see Firstborn in a separate codex altogether but I think the more likely outcome is dropping the distinction and then putting out a Horus Heresy codex for normal 40K that includes all of those units left out of the standard codex. We will see.

They are keeping things interesting at least.