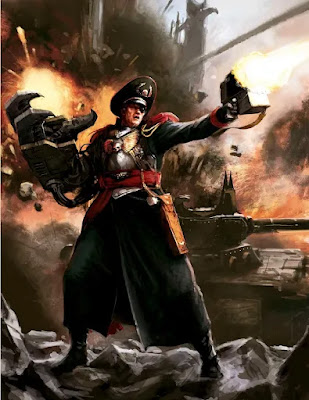 So much new stuff this year and I was out of action for a big chunk of it - I am finally getting back on track. The new workspace is finally usable and the playing space has been ready for a bit. We did get in a round of Battletech last weekend but I have not given it a 40K baptism yet. Still, it feels good to be operational again. 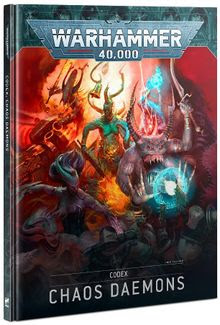 Codexes: Imperial Knights, Chaos Knights, Chaos Marines, Chaos Daemons ... now Imperial Guard ... I skipped Votann as it just isn't doing much for me and the last thing I need right now is to start a brand new 40k army. I thought squats were cool back when, especially in Epic, but it's not like those old models are really compatible with the new incarnation. So for now it's a "no" here on the neo-squats.

Areas of focus for the rest of the year ... well that's the real trick isn't it? After a long break and especially after going through all of my stuff packing and unpacking it and refreshing myself on what I have and what state it is in ... well, I want to work on all of it! From past experience I know that's not a particularly productive approach so I'm going to have to narrow it down a bit. I'm thinking about picking one squad or vehicle at a time and working it into shape and not trying to finish whole armies. This would let me make progress on several fronts and see where I want to go next. Part of my interest in this approach is because of another decision I made. 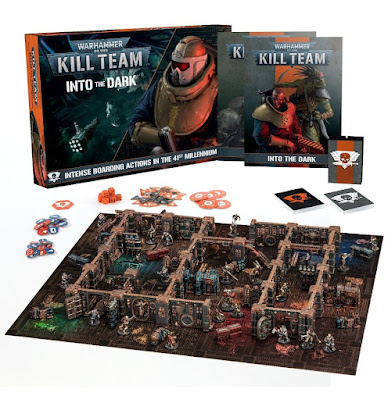 I decided to dive into Kill Team. The new edition seems quite a bit better than the old one and the concept for the newest sets really appeals to me. Into the Dark is basically sending your troops into a derelict spaceship -so it's a lot like space hulk and I love that game. This is also going to be the new concept in the next set of 40k campaign books with a new way to play that involves smaller armies and boarding actions that will use this same terrain. I figured I might as well jump on in. Plus with it being squad-level actions adding a new force means I only have around 10 models to paint. Many of them tie into armies I already have like Kasrkin for the Guard and Kommandos for the Orks but it also means I can branch out a bit into something different like Kroot without committing to a 2000+ point 40k army. It's a nice combination of something new that still ties in to something familiar.

I will talk into more on specific armies as I dig into them in the future but there's a "where things stand" here and now.

Posted by Blacksteel at 9:00 AM No comments:

Age of Sigmar: Return of the Chaos Warriors 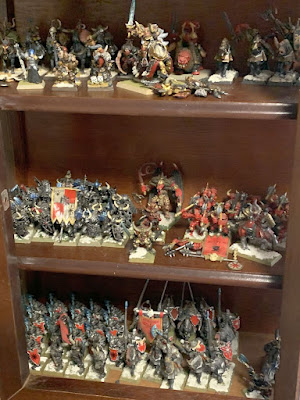 After the move comes the unpacking and as a part of that process I got to spend time with things I had not really  touched in a long time. One of those was my old school Chaos Warrior army that I built from about 3rd edition WHFB through 7th edition. It was one of the few armies that I could say was "finished" back then - though they're never really finished, right - in that I had a decent sized force that was fully painted and didn't really lack anything.

Since the end of WHFB it's been sitting in a wall-mounted display case in the game room providing occasional armored guards for D&D games and not much else. Putting it back up in the new hobby room gave me a chance to look back through it and beyond realizing how many arms and horse tails I need to re-glue it reminded me how much I liked the whole Chaos Warrior thing and that I've missed not having an active force of big armored elite soldiers to stomp things with on demand.

So ... let's see where things are in Age of Sigmar ... oh look there's a big new army set coming out for Slaves to Darkness - the more dramatic name we have now for the old Chaos Warriors army. I had picked up some of the newer style knights and warriors a few years back but never did anything with them. With the prospect of some new releases, at least one possible player, and an interest in building something completely new, well, it all came together.

So now there is a pile of plastic in one corner of the hobby room and I have built my first unit in the new place. It's just one ten-man unit of chaos warriors but a) I am finally back in business after months of zero building or painting and b) it's an elite army so it will only take a few units to make it playable. Heck, there may only 20-30 of these guys in the army anyway, along with some knights and characters. So it's technically a new army but it's very manageable in terms of avoiding a big backlog.

Meanwhile, the old veterans await the return of The Old World ...