Savage Tides of Kalamar - Session 13 - "Who's going to clean up this mess?"

Biirthday and Valentine's Day and Kid Stuff have cut into my time recently so here's another blast from the past...

(Party levelled up, most are 4th now) 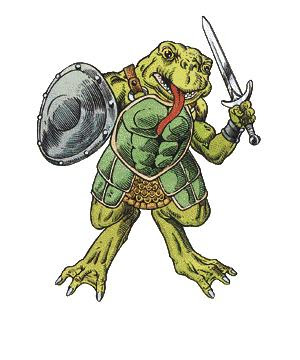 Our Heroes begin in the basement of the Vanderboren mansion, catching their breath after a hard fight. Searching the area they discover that Liamae, the prisoner, had not managed to kill herself but was instead attempting to fake her own death and had succeeded a little too well, putting herlself into unconsciousness. The party revivied her, Tylock, and Arianne with some spells and healing potions, but nothing could be done for Quillathe. After a few moments of silence, they headed upstairs, leaving the body of their companion behind.

Moving quickly, the warriors moved up to he ground floor, then up additional flights of stairs. Encountering no one, they continued a rapid search of the house.

On the 3rd floor, the group discovered what appeared to be Lavinia’s room, where a fight had taken place, as indicated by the dead bullyug still in the room. Next door they discovered an undisturbed room they suspected might belong to Vanthus. Finally, investigating the last room, they heard noises inside. Readying weapons, Dorian kicked in the door.

Inside was a disturbing scene – Lavinia, the housekeeper halfling, and 2 more members of the “A-team” were tied to chairs in the middle of the room. All of them appeared unconscious and at least one them was injured. A large, heavily muscled and tatooed half-orc was rolling off the large bed in one corner, scimitar at the ready. A huge, bloated frog-man was seated in a chair opposite the door and was already casting a spell of some kind.

Dorian moved to free the hostages, Katan charged the frog-man while the wizards began shooting at the same target. Katan was briefly double-teamed by the half-orc and the frog priest, while a Fiendish Wolverine materialized among the group at the entrance and scattered the magic-users.

Dorian discovered that the housekeeper was dead, throat cut. he moved to free Lavinia who appeared to be awake but pulled back when he realized her chair was trapped. The Half-Orc pulled out of the fight with Katan and ordered the group to hold as he held his blade to Lavinia’s throat.

Aggressive negotiations ensued when the party tried to convince Drevoraz that His captain, Harliss Javell, had sent the party to stop him. Eventually he was convinced and made a deal with the party – let him leave unharmed and the group could do what they wanted. The Bullywug shaman in the room lost it at this point and began attacking the party. Drevoraz held out of this fight while the band quickly dispatched the crazed frog-man. After this, the half orc left to find his captain and the party began freeing hostages.

Lavinia was alive and mostly unhurt, though she was now clearly done with her brother, Vanthus. She thanked the party for rescuing her, put them on a bigger retainer, then asked for some time to consider her options as she was planning to have them hunt down her brother for justice and not a little revenge.

During this aftermath, the group took the opportunity to recover and refit. Wounds were healed, diseases were cured, salvaged equipment was sold and new equipment was purchased. Some special items were even comissioned.

In the middle of these operations, a message arrived from Brother Egil in Freeport. He requested the party’s aid in solving another problem, as it appeared the evil they encountered previously had returned and was plaging his temple and the city once again. Our heroes finished outfitting and hopped aboard a ship to Freeport on Pelsday, the 2nd of Sowing, Year of the King 1044, almost a month after thay had left that city. Trading stories with the crew along the way, they were unaware of the danger they were about to face…
Posted by Blacksteel at 7:16 AM No comments:

In a small retcon it was determined that Jed Striker and Ril Stendar had taken off earlier to scout out the storage bay where Maya's package was located. This was because one of my players was out and another one changed characters. Emerging from the shadows at the back of the cargo bay was one Dith, trandoshan soldier, who had been asking Switch about job opportunities when the party entered. 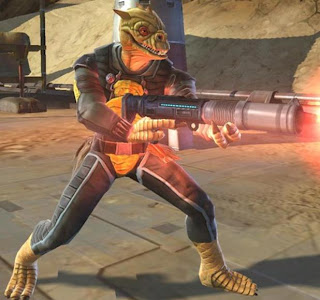 Noticing the stranger and with Switch vouching for him (though he didn't know the lizard at all) the party decided that some extra muscle couldn't hurt and invied him along. About this time the distinctive sound of gamorrean guards being gunned down blasted through the bay and a posse of low-life thugs walked in. Behind the thugs was one Ganga Lor. 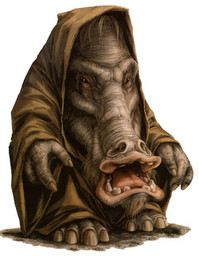 A rival "crime lord" to Switch, he had picked this particular time for a showdown with the crimedroid and it took only a few words for the blaster bolts to start flying and for the less-armored and less brave to start diving for cover.

The trandoshan and the Jedi of course pull melee weapons and wade into the fight while the rest of the team provides supporting fire from behind crates and cargo pallets. Dusan's saber works the expected magic and cutting foes down to size while Dith's vibroaxe ups the game to an "R" rating as he performs even more violent size alterations without the neatness of instant cauterization. While this carnage is going on Talor gets a chance to use a grenade on one cluster of goons and discovers they too are quite effective and probably rated R as well.

In short order the fight is over. Most of the party is fine except for Ardana who sports a nasty blaster burn and might possible have passed out during the fight when it happend. On the bright side, everyone knows how force points work now.

Switch thanks the group, rewards them with credits and some additional information, and curses his own clearly-bought-off guards. Emboldened by their success the heroes head out to secure Maya's cargo from Blue Deck.

There's a nice combination of recon, tactical thinking, and roleplaying at this point as you might expect.  Knowledge, persuasion, stealth, gather info, and the twi'lek's non-force based mind control powers ...

...are focused on the main corridor outside the docking bay, one snivelling weasel of an informant, and a small group of docking bay cargo handlers, chased out of the bay by a squad of stormtroopers. Among the information, rumors, and comm numbers collected is the location of a small side entrance to the bay used by the regular workers. 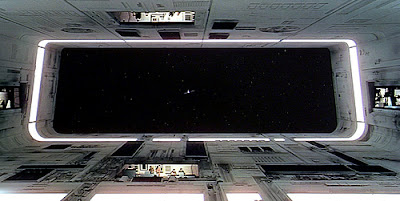 All goes well at first as the group pokes around, carefully noting the location of the stormtroopers and sneaking in behind various pieces of cover near the door. Then someone blows a stealth check - badly - and the fight is on.

The Jedi cuts down one trooper then leaps over to the glorified hover-forklift being used to pull the cargo pod out of a rack and slices the trooper driving it in half. The imperial officer in charge tries to form some kind of organized response but he is gunned down as soon as he shows his face to the waiting Talor. Ardana takes another nasty shot and the trandoshian vibro-axes another hapless stormtrooper before the fight is over.

Inspecting the package it is revealed to be a human frozen in carbonite ... hum, who would have seen that coming. Thinking swiftly the team locks out the doors at the computer console and frantically radios Maya with an update. She tells them to wait and the heroes are greeted with the sight of a Baudo-class star yacht sliding into the bay. The ramp drops and a human woman shouts "let's get that on board and get out of here" so they do and then they do. It's Sirona Okeefee, captain of the Banshee,  and she and her pilot droid Crash are the ride today, departing for Alderaan RIGHT NOW! They jump to light speed and ... end scene. 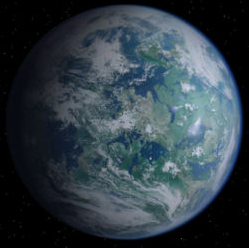 Landing uneventfully on Alderaan they unload their cargo and then end up meeting with Senator Bail Organa who thanks them, asks them for a favor, and gives them some money and a vaguely-defined expense account. Freely spending the Senator's credits, the team prepares for a simple extraction from an imperial prison facility - next stop Felucia!

DM Notes: this was a good session with some player and character shuffling, both wrapping up part 1 of the adventure and setting the stage for part 2 and the rest of the campaign. Combat is fairly deadly to low level - low Dex - low Con - low Reflex & hit point characters. Fortunately they do get 5 force points each.


Also: Half of the names in this adventure are fine, but the other half are terrible, just terrible, not Star-Warsian at all. So I'm going to have fun with them. More on that later.
Posted by Blacksteel at 8:03 PM No comments: 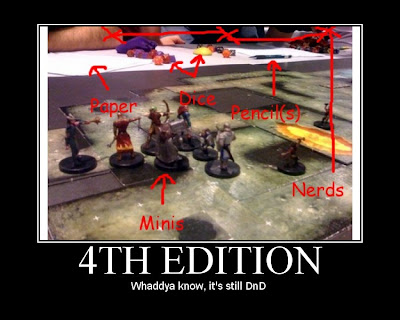 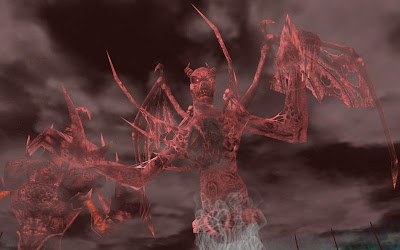 Posted by Blacksteel at 9:28 PM No comments: