All is well, off to the parents for the day with the whole crew. Not quite as rowdy as above, but probably not as quiet as Mr. Baggins would like it either.
Posted by Blacksteel at 12:00 PM 1 comment: 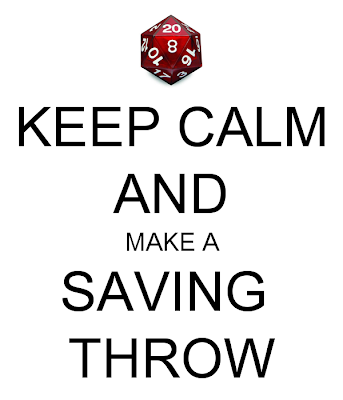 I'm taking it easy this week but there is one thing I got a chuckle out of. Mike Mearls has a post on "design elegance" here.

Now this article is fine, the funny part is the comments. One commenter posted what I was thinking:

"Great article on Design, followed by bad comments from readers."

Yep, but it is funny to see the newer generation freaking out about saving throws - apparently now the "old way" of doing them is the fort/reflex/will of the d20 era, and the move to using ability checks (like most of the rest of Next and a lot of other games over the years) is somehow more complex than adding a separate sub-system to the game in addition to ability checks. I was fine with F/R/W but just rolling this into stat checks is simpler overall. What would have happened if they had been around before 3E?
Posted by Blacksteel at 12:00 PM No comments:

No, not me - Apprentice Twilight has a birthday today! 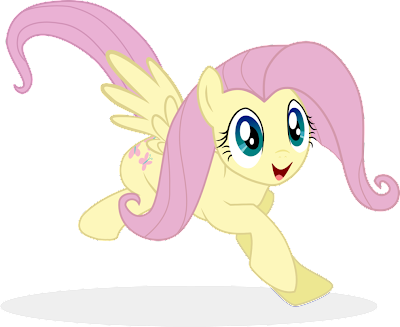 So we're doing all the typical high school stuff - friends over, movies, boyfriend (grumble), and the usual multiple-instanced birthday celebrations that go along with the blended family thing too. It's not terrible to end up with cake and presents spread out over a couple of weeks.

Though she's no longer as interested in playing games with me, nor as eager to curl up and watch a Godzilla movie as when she was smaller, we still find moments. As I write this she and Apprentice Who have spent the morning watching the season premiere of My Little Pony, some Teen Titans, and some classic Pokemon cartoons, so she still fits into the family pretty well. She went to AnimeFest as Fluttershy and other kids were recognizing her so she's doing something right. I like to think my hobbies that fall outside of the typical - like what I write about here - have helped her realize that it's OK to do her own thing.

There is that new adventure we are just beginning - driving. So far she's cautiously interested but not bugging me constantly to go practice more and I'm fine with that. Driver's Ed looms in the next few months.I'm teaching her how things work, not just how to operate them and so far that's gone well too though with teenage girls what's ok today may be boring and stupid tomorrow. Somehow ponies and the boyfriend have not been part of that cycle but I am crossing my fingers on the one at least.

Anyway, enough dad rambling - time to do some birthday stuff! 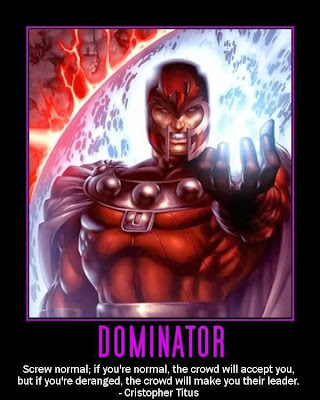 Another type I had limited experience with but really enjoyed having on a team, this was more Lady Blacksteel's style and her favorite was Callie Hot-Bone, loosely based on an "Ugly Americans" character, a gravity/fire dominator - "fling 'em around then set them on fire" is a remarkably effective tactic, especially when unencumbered by hero type ethics.