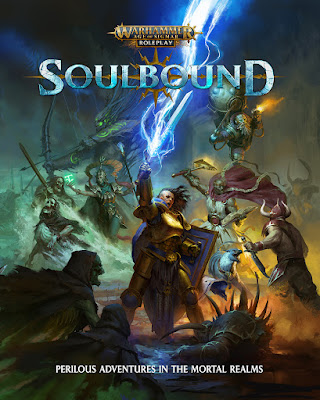 I'm having a hard time finishing my read-thru of Soulbound and it took me a while to figure out what was dragging down my interest. I love the setting and think it's set up well for an RPG. It wasn't so much the mechanics although I'm still debating my opinion on them. It was one particular element: 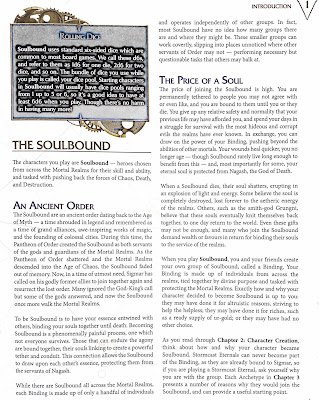 Much of the game is tied to the concept that this isn't your typical fantasy adventuring party - you are "soulbound". Granted, it is in the title of the game, but I didn't realize it would be the dominant concept - with mechanics, yes - in the game that it is. Yes, I could probably run a party without it but a lot of the game is presented with the idea that your party is soulbound ... except for the Stormcast. Yes, weirdly the posterboys of the whole Age of Sigmar universe are NOT Soulbound ... but the idea is still that the rest of the party is and any Stormcast are there as trainers/advisers/guides/spies.

Maybe if it doesn't work conceptually for one of the core character archetypes for your setting it is not a great idea for your first big RPG in the setting? 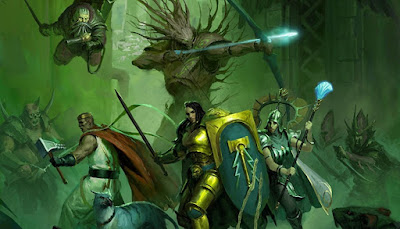 he effect of this approach, and what rubs me the wrong way, is that your party is locked in to being "Agents of Sigmar". They are tied to one god, mostly, and one faction (order) certainly. It feels like a straightjacket, conceptually. Your party is tied to the Big Agenda ... they're not really free agents in charge of their own destiny as you would see in most other RPGs. This is really a sticking point with me.

The old Warhammer had characters starting out at ridiculously low power levels (this was a feature not a bug) but you had the freedom to do whatever the group decided with your Rat Catcher/Outlaw/Agitator/Acolyte all-star team. Soulbound does up the power level and I'm fine with that, it's a different game, but your direction is far more limited. You are probably not going to be digging through dungeons for gold and magic - you'll be sent there to recover some threat to the world or some powerful tool for order. You won't be running a free trader here - at best you might be escorting someone important from place to place.

It's not mechanics - though there are mechanics tied to being Soulbound.

It's not setting - there's nothing inherent to the setting that makes this required to be a wandering adventurer.

It's ... feel. I just don't like the feel when the party concept is dictated by the rulebook in such a heavy handed way. 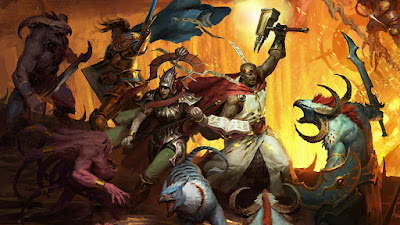 Now there are other games that have similar approaches.

The FFG Star Wars game is one and I wasn't a huge fan of it there with certain assumptions about a party unity mechanic whether it was Obligation in Edge of the Empire, Duty in Age of Rebellion, or Morality in Force and Destiny. Those at least could be broken down to an individual character level so you could mix characters from different books and people could come and go as they pleased. That's a little different than "oh and if you die after this ceremony your soul explodes and is gone so you can't even come back through some kind of divine shenanigans."

The FFG 40K RPG's took a similar approach where there were multiple books each covering a different type of game. Inquisitorial retinues are a very different type of campaign from an Imperial guard squad or the crew of a Rogue Trader. It made sense for that setting.

Shadowrun assumes you're all shadowrunners ... but that's more of a social status and lifestyle choice rather than a permanent mechanical lock. You don't have to undertake illegal operations - it's just  an easy way to make a lot of money. You could be a .05 essence hot dog vendor if you want!

The various Star Trek RPGs do tend to assume that you're in Starfleet and part of an organized command structure that will be given missions and generally ordered about. Considering that's 99% of the source material though it totally makes sense. It would be weird if you weren't ordered to do something that spiraled dangerously out of control.

D&D and superhero games and Traveller and other sci fi games do generally assume that you're going to be part of a mostly bipedal humanoid group of beings that will work together to achieve some common goal. That's it! There's usually no mechanical structure to it and no setting rule to it. The PC's are part of a team because it makes sense and they want to be there and they could leave at any time. 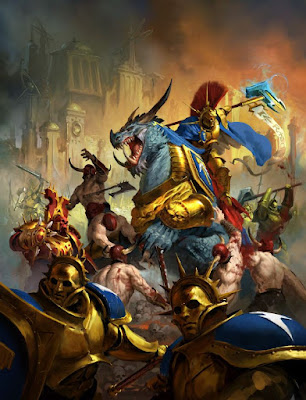 The other big offender here of recent origin is the Savage Worlds version of Rifts. Original Rifts was a wide-open setting  -pick one of these crazy character types and then YOU come up with a reason why you're all together ... or let the DM do it. New Rifts presents everything around "The Tomorrow Legion" which is a do-gooder organization that serves as a base and provides other support for good-guy adventuring parties out there fighting the good fight against the multitude of evil beings and organizations on Rifts earth. The world is sometimes presented as  TL intelligence reports, the adventures often start with "The TL sends/has asked you to go to X and investigate something" and it's just a heavy-handed conceit that I totally ignored when I started my game.

Part of the Rifts problem is that people were playing the game for two decades plus before this construct was added to the setting. The author of the conversion has stated that he wants to play clear-cut heroes and that's fine but it's a shades of grey setting, not a black and white one. There was no big organization of Good and that's part of what made it interesting. I believe there was a mention made as well of people not knowing where or how to start a campaign. How did you start your D&D game? How did you start that old Traveller campaign? Star Wars? Any approach that worked in those would work in Rifts. It's really not that hard. How did any of us manage to play Gamma World or Twilight 2000 without an obvious good guy organization to join?

Hint: If that's what you want then GO BUILD ONE IN THE GAME! YOUR GAME!

I guess in the end that's what I'd like to see with Soulbound. I'd like to see "Soulbound" status as something players worked to achieve in the game, something desirable and with clear, tangible benefits in the game, and some serious tradeoffs - like that whole exploding soul thing. Instead of being the assumed party origin and just making it part of the back story, how about making it the object of an adventure path produced for the Sigmar RPG? That way if your players just want to look for loot to power up before the next wave of Chaos/Undead/Orc invasions they could do that, and a group that wanted to join the big leagues could follow that path. It's sort of like starting at "Runelord" level in Runequest. I mean, sure, you could, but you've missed out on a lot by doing it and you've assumed a lot about the characters prior lives. 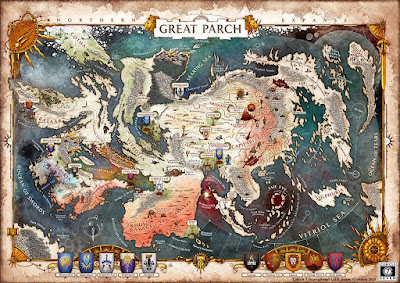 The Mortal Realms for Age of Sigmar is a great setting with  multiple worlds, interesting magic, a variety of threats, steampunk dwarves, airships, lots of character options and built-in reasons for wildly different character types to be working with each other. I wish this first exploration of it had been more open and less ... channeled. Hopefully the future will open it up more.