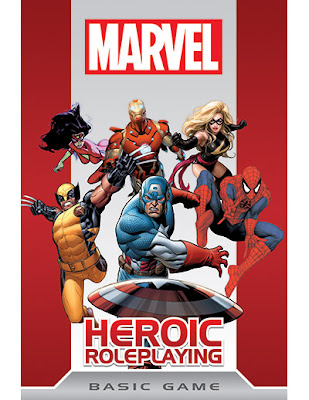 Slightly longer take: The terminology is a little confusing on my first read-through but I'm getting it. It's not a dead-simple mechanical design like Icons but it's not as complex as M&M or Champions.

Personal scale of Supers games from least to most complex:

The character sheet looks about as complicated as any traditional Supers game but what's there is not the same as other games.  I would describe most other super RPG's as driven by plot then settled by mechanics. This game is almost plot as mechanics. There's a lot of player control mechanics and giving and taking of dice based on weaknesses or complications or seeking an advantage or just rolling a "1" sometimes.

There are no standard attributes like Strength Dex or Con - only the stuff that is unusual is rated. That's taking a little time for me to get used to, but I think I can live with it. It is absolutely not a Simulationist game, in gamer techie terms. It is very much a storytellers game. You're not likely to see CharOp boards springing up around this game. Things are rated by die type, kind of like Savage Worlds, and you then assemble these different capabilities into a dice pool that you use to resolve your action. I've never played another game using these mechanics so it's a pretty big shift for me. I usually associate dice pools with fairly simple game mechanics like d6 Star Wars and Shadowrun but these are a level more complicated than that and at the moment less intuitive.

Final Oddity for now: There really aren't detailed rules for character creation. That's a little weird since character options are usually the heart of a Supers system. There's a short section that walks you through the structure of a character and basically says "decide what each of these things should be" but if you're looking for a long list of powers and point costs or random charts you're not going to find them here. They do give you 20+ Marvel heroes (which can be mined for power ideas) and a starting "Event" which is this game's name for a campaign, and I think it works, but I need to read through some of it again and try running it.
Posted by Blacksteel at 6:46 PM 3 comments:

Running Dawn of Defiance has been fun but some of the names in the thing are just not right. Star Wars names have a certain quality to them and I don't think it's that hard to come up with them but you do have to think about it a little bit.

Example: One of the early allies for the players is named "Sirona Okeefe". I don't mind Sirona really, but Okeefe? Is she Irish? Easily recognized ethnic names are kind of out if you're trying stick to that long time ago & far away thing. Part of it is how the name sounds, and part of it is how it looks on the page. For example, I would change this one to "Okifi" just to mix it up. The sound is mostly a change on the emphasis, but it looks different enough that most people aren't going to think about shamrocks and such when they hear it.

Another one is a stranded hiding-out leftover mercenary named Vazus "Mandrake" - seriously? Does he wear a top hat? Does he do magic tricks? I tried to emphasize the Vazus part and vowed to do a serious cleanup on these ridiculous names.

Now for Sirona I modified it and for Mandrake (grind) I tried to ignore the bad half. Besides these options you can use other words that just sound like they belong in Star Wars: 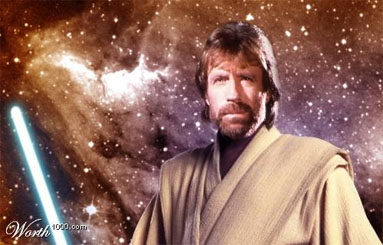 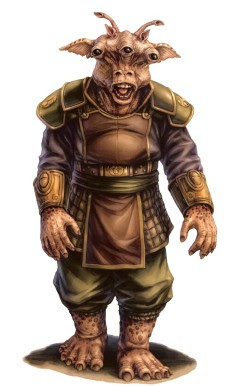 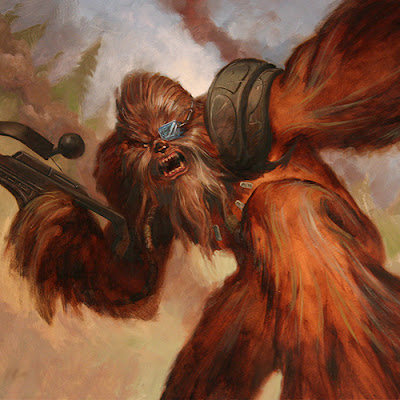 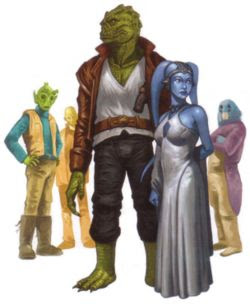 There was an old (and bad) Avalon Hill game called "Freedom in the Galaxy" that was based on Star Wars and had some good names including a lizard man named Ly Mantok, a galactic knight named Vans Ka-Tie-A, and others: 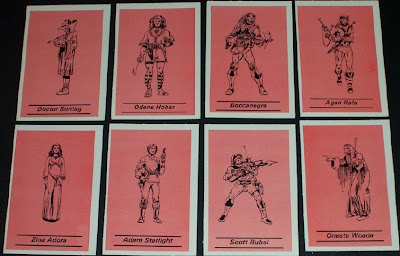 A lot of those are pretty useful although Adam Starlight is clearly a DC Heroes name, not a Star Wars name. Boccanegra was a space pirate and I thought that sounded very much like a pirate name. I think it's Italian for Blackbeard or something anyway, so it fits. 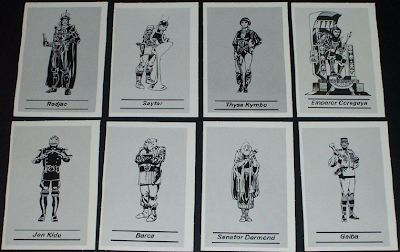 These are the bad guys and while not quite as colorful I think Thysa Kimbo (wink wink) is a darn fine name and I'd use that picture too. Smuggler, Emperor's Hand, whatever - I can find a place for her in the game. Here's her writeup in the game:
Illegitimate daughter of Coreguya, the princess has spent most of her adult life waiting for Coreguya to die so that she may ascend to the throne, oblivious to the fact that Redjac may have other plans for the throne that do not involve succession. She grew up pampered in the Imperial court, and became the bitter enemy of Zina Adora when she learned that Rayner Derban was more attracted to Zina than to herself.
For a complete rundown of names and a brief snippet and some pics go here and scroll down to "Player Aids". The characters are in the "Rebel cards" and "Imperial cards" files.
Poking around on the internet it appears that someone is using Freedom in the Galaxr to run a Star Wars campaign - now that's an interesting approach. Having a big board to jump around on could be a lot of fun.
Anyway there are some of my easy ways to fix or find names for Star Wars. Even looking outside of Wookieepedia, there are plenty of good candidates out there.
Posted by Blacksteel at 12:00 PM 2 comments:

An Urgent Announcement to the Populace!

The ongoing campaign against the invader Hannibal has suffered a terrible setback! 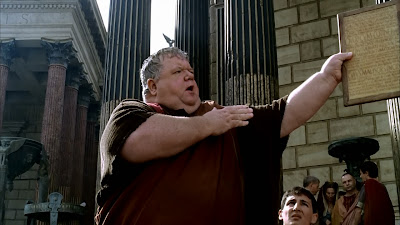 Despite winning the first 3 battles of the war - Akragas, Crimissos River, and Bagradas, Roman leadership faltered at the Ticinus River*, recovered at Trebbia**, then suffered another defeat at Lake Trasimenus! 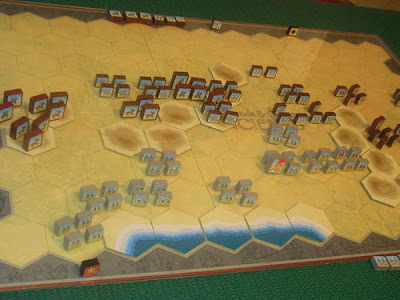 Fear not though, citizens! Another battle is set to take place at Cannae and Lord Blaster is confident that he will prevail over Lord Blacksteel, despite these recent thrashings.*** 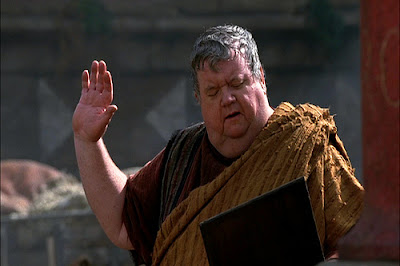 This news provided by the Capitoline Brotherhood of Millers. The Brotherhood uses only the finest flour: True Roman bread for true Romans!

** thanks to an ambush that never occurred - Hey! Hannibal's brother! Off with your head!

***Perhaps too confident, based on this weekend's results.
Posted by Blacksteel at 6:02 PM No comments: 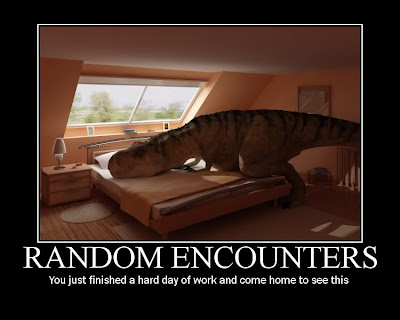 Posted by Blacksteel at 8:58 AM No comments: