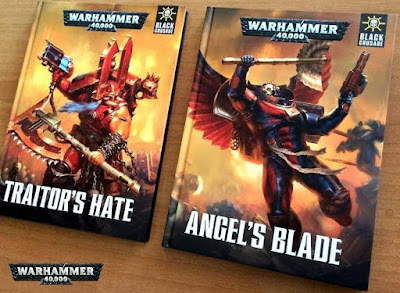 I don't have them yet and I've only seen pictures of the insides but at the very least we have some new formations for Chaos Marines and Blood Angels. I'm seeing mixed reviews of what is inside but I am willing to bet there's something interesting for both armies in each book.

That said I do not understand the reluctance on GW's part to just issue a new Chaos Space marine Codex. We're still using the one from 2012 which was the very first codex for 6th edition! It's the oldest current codex while the loyalist marines, eldar, and tau have all had two books in that time. New formations and some special rules do not fix the basic problems with the book as it is now.

GW is advertising a new combined digital codex for the Blood Angels but nothing about a new print version. I'd like to see that too but I'm not sure we will.

I get that there is a new additive approach now - instead of replacing a codex we're going to put out a campaign book that adds formations and characters to what's already there. It's not terrible but it does make things difficult for a new player. Pick Eldar you just need the one book. Pick Blood Angels you need two now to be  current. Pick CSM's and theoretically you need four (!) to have the full set of options. It's messy and I think a company at GW's level could do better.
Posted by Blacksteel at 3:14 PM No comments:

Rogue One and the Star Wars RPG 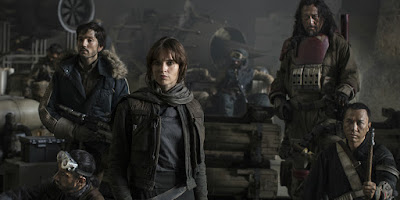 A long time ago and not all that far away I used to hear a common complaint when it came to the Star Wars RPG:

"Eh, the main story's already been told. I don't want to play second fiddle. There's nothing else to do."

First it was at the local game store, in the college dorms, and at the occasional con.

Later it was online. There was a lot of this attitude online.

It used to annoy me. I used to try and open their minds. "Hey, you know there are a lot of other things going on besides the Skywalker stuff. There are comic books. There are novels. There are a lot of other places to steal plots from. Heck there are other SF RPG's like Traveller from which one could adapt material. By the late 80's West End had multiple published adventures to give examples of the kinds of things a party could do in the Star Wars Universe - and those are just the easy options.

By the mid-90's the West End RPG was in full swing with a ton of sourcebooks and adventures. The comics were going again, and the novel line was rolling hot. We started exploring the Old Republic. The TIE Fighter and X-Wing computer games opened up some new territory for play. We were given the "Shadows of the Empire"  multimedia plotline.

I still heard that there was not anything really interesting to do with a Star Wars game. Often from people who raved about the Dark Forces PC game.

By the end of the 90's we had a new movie and plans for two more! Whoa whoa whoa! If there's nothing left to do with the universe how are they doing a new movie? Oh wait, it's a prequel about how Darth Vader gets to be Vader so it doesn't count!

Early 2000's we complete a new trilogy, get a new RPG with a whole new take on things, more sourcebooks and adventures, oh - and we get a new computer game about the Old Republic.

We get a new TV series about the clone wars - nah, it's too much jedi/too high powered/ a kids show - pretty much any excuse you can think of to ignore the single best new era for an RPG camapign since the original movies.

We get another new movie "but it's a sequel so it doesn't count".

Now we have a new series set prior to the rebellion with almost no connection to the original trilogy  AND we have a movie coming out that is neither a prequel nor a sequel nor a remake of any prior material. Coincidentally both of these are scenarios that have been played out by anywhere from a dozen to a thousand RPG groups over the last 3 decades. We also have yet another new RPG out with a whole new set of adventures and sourcebooks. Not to mention another wave of novels, comics, and computer games.

And I still hear it!

It amazes me that in the face of almost 30 years of additional Star Wars stories from comic books to computer games to TV shows to additional movies I still see people who a) don't have any idea what to do with a Star Wars campaign when given the chance to run or play in one or b) even worse, object to the idea of a Star Wars game at all because they don't think there's anything else to do outside of the movies. I don't think you have to be a huge Star Wars nerd to have picked up on some of this stuff.

For me, Rogue One is the final nail in that coffin. You don't get to say that anymore as an educated position on the subject. It's been disproven in every form of narrative media we have today.

So I'm not going to try and convince anyone who says this that there is another way anymore. I'm just going to let it go and talk to someone who isn't still living in 1983.
Posted by Blacksteel at 12:00 PM 6 comments: 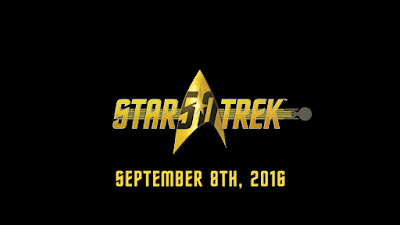 I know I know - I'm a few days late. It's a big anniversary - or at least it should be. So far it feels pretty underwhelming. How many TV shows/movies/book series/IPs in general have a continuous 50 year history? Not many? Even non-fans are at least aware of Trek, and quite a few of them think favorably of it. Your grandmother probably knows about Star Trek and has probably seen it at some point! How many have generated 5 separate TV series? How many have spawned 10+ movies? Star Wars. Superheroes. The Wizard of Oz. Monster movies. These are the only things close, and in terms of "content" as we all like to say nowadays, I would bet there's more trek than any other single IP out there now.

Fifty years. So what do they do to celebrate it? Well ...


It's just seriously disappointing. If you want a general sense of what I mean then ask yourself this: How do you think Disney would have handled it if they owned Star Trek?

I think it would have gone quite differently myself.

This guy says what I feel in more detail in this article. I think it covers the rest pretty well.

Underwhelmed. Disappointed. This could have been used to pump a burst of energy into the whole thing. Instead it feels more like "oh yeah, we have that. we should do something. Nothing too big though." It's like they were afraid of annoying the neighbors.

In spite of all this I am hopeful for the future. It would be nice to show the kids an active, interesting Trek show that's on TV right now while they're still kids. If the new show is good then I'll still get to do that. If not, well, maybe the new RPG will be good at least so we can make our own. 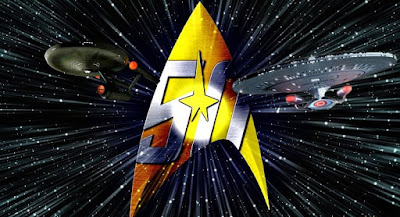 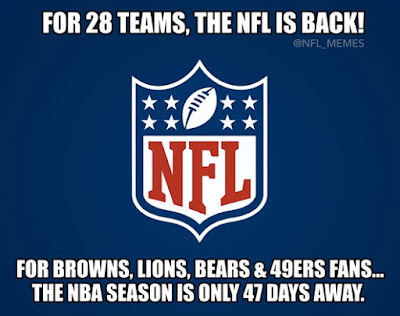 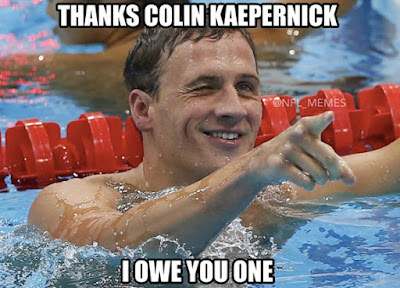 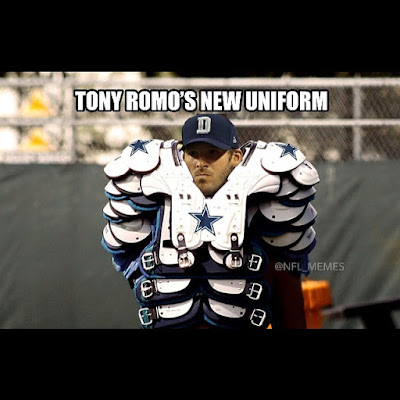 It's good to have football back!
Posted by Blacksteel at 12:00 PM No comments: