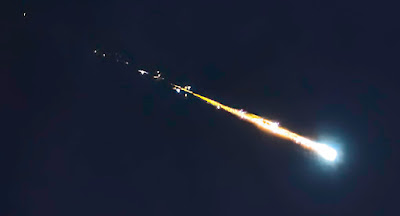 This was a new experience. I've never gone more than a few months without playing or running something, and I've usually also worked in some prep work or some board or miniatures gaming even in those gaps. This time I let almost all of it go for roughly six months.

The last couple of years I've mostly been running 5th Edition D&D and playing in a Pathfinder campaign and a Savage Worlds 50 Fathoms campaign. There have been some smaller runs and one-offs with other games mixed in there but those 3 have been the core.

The 50 Fathoms game has been steady but hits bumps sometimes. We aim for weekly and sustain that for a bit and then hit stretches where we're lucky to play once a month. It's a weeknight game so it's especially vulnerable to schedule issues. It was frustrating at times but it's been a lot of fun and we should wrap that one up later this year.

The Pathfinder campaign had been running for over 5 years, theoretically once a month, but had gotten really spotty over the past year and 2019 was not really going any better. We had 5 players and it seemed as though it just was not a priority for any of them. After months of rescheduling without actually playing a couple of us finally told the DM it was time to let it go and he eventually agreed. It was not the way any of us wanted it to go, but that's just how it worked out. Regardless, I felt bad about how that went. 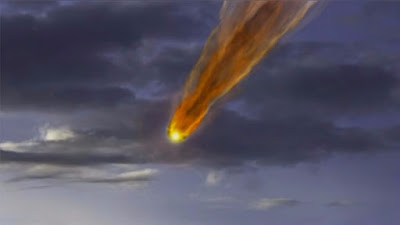 My campaign ... let's talk about that. I had been running Keep on the Borderlands intermittently with several players as our intro to 5th Edition. I've run it in every edition of the game so why not keep that going? A few years back with some variation in player availability I started running Storm King's Thunder as the "other" 5E campaign and scheduling sort of depended on who was available on any particular weekend. The SKT game was eventually sidelined as we regrouped and everyone decided to focus on the Old School game. I picked up Goodman Games "Into the Borderlands" super-version of B2 and used some of that material and then we moved into Isle of Dread - also guided by Goodman Games new-at-the-time-super-hardback-edition.

Things went well at first - enthusiasm and attendance were high and it felt like we were really accomplishing something. Then in the second half of 2019 it felt like we hit a wall. We were playing every other Friday, I had six players in the campaign, and vowed to run as long as 4 of them were available. Well ... pretty soon we were regularly having 3 or more unavailable. This jammed up the schedule, frustration grew for all of us, and I finally threw up my hands and said I was done even trying to run thru the end of the year. This was one big reason for the burnout - running a campaign as an adult means facing schedule conflicts and I've been doing it for years but last year it just exploded and all of our games were getting kneecapped by scheduling issues.

The other major thing was that some of the shine came off of 5th Edition D&D for me. I've been a fan of simpler rulesets for RPGs for a long time now but 5E is maybe too simple. After 20 years of 3E, 4E, and Pathfinder I've come to expect a certain level of crunch in my fantasy RPGs. While it does play faster than those other versions it is ... really really simple. I know it's super popular and tons of people have come back to the game this edition and I've not been a system mastery snob for a very long time but ... there's just not a whole lot there mechanically.

Character progression is really simple - you have a lot of choices those first 3 levels but once you've chosen your sub-class at 3rd most of your choices have been made. About the only customization you have left is the option to pick a feat at 4-8-12-16-19 but the game recommends you just stay with the stat boosts - how boring is that?

Monsters are mostly bags of hit points with 1 or 2 ways of doing damage and that's it - there are very few interesting monsters in the published book. In interesting here meaning they give the DM something to do besides roll a d20 and tell you how much damage you took. After 4E and Pathfinder I expect more - inflicting various conditions ... forced movement ... team-up abilities ... there are so many ways to challenge players in interesting ways beyond "The ogre hits you for 10 points". I'm pondering a post to illustrate this in more detail but for now most of the 5E monsters feel like a let step down from what we've seen before.

Bonus negative thing: I realized I am tired of running other people's material. My 4E stuff was almost all loose homebrew conversions of older material and I was very happy with it. My Pathfinder and 5E campaigns have all been published stuff and it is time to get back to writing up my own adventures. 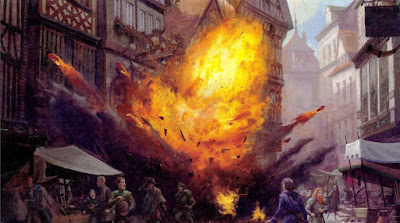 So yes, the combination of disrupted schedules in all of our games, to the point of permanently ending one, plus the lowered enthusiasm about the main game, plus just a general frustration with the whole thing led me to "cancel the season" last fall and set the whole RPG hobby aside for months. I've gotten better since then, played some more, and even run a few sessions of  Pathfinder Second Edition to see if that satisfies that mechanical need - and so far it does seem promising. Now of course we have Ultimate Virus Lockdown as a worldwide status effect and that is this year's schedule killer.

Despite that, I'm planning to get some things moving. Interest has returned and as the year moves along I expect a return to at least one regularly scheduled campaign. I will also be getting back to keeping up the blog on some kind of regular schedule as well.