Yes there's a new edition coming - it looks good at the moment ... of course 'at the moment" the various tournament blogs and forums and YouTube channels haven't boiled everything down to the  optimum configuration and tiered out every codex so we can all be optimistic that every army has a chance to be good!

I'm actually feeling pretty optimistic about this. With so many events cancelled there will be a lot more theory-hammer happening these first few months and less "OMG Did You See That List From the Two Guys and Some Tables Tournament?!" It should be fun for a while.

It is a little weird in that my kids started playing 40K in 2010 with 5th edition. Ten years later we're on 9th edition so they've now played through half of the editions of a 30+ year old game in just ten years. I'd like to see this one last longer than the 3 years of 8th edition but that doesn't really seem to be the trend does it? 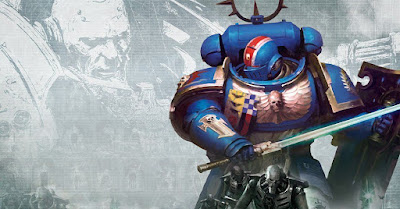 Anyway news of a new edition is a good time to re-assess the state of one's forces and think about priorities for playing the new game. What I've been thinking: 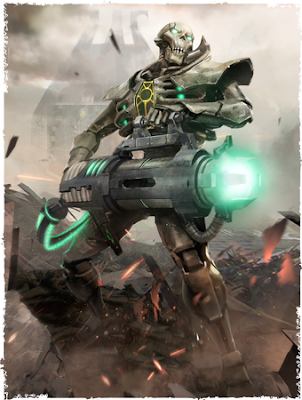 Honorable Mention: Necrons. I seriously considered starting a necron army a while back. I bought the codex, some colored rods and a monolith and had a look in mind. Once their inclusion in this new boxed set was announced I considered it again. The thing is I just can't seem to get too excited about them. They were mostly "menacing robot" before but now they are seriously upping the Egyptian look and lots of scribblly detail that kind of interferes with the nice clean "chrome death machine" look I was wanting to do. So no necrons for now.

More to come but that's where things stand this week.
Posted by Blacksteel at 2:42 PM No comments: