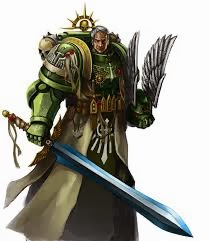 By the end of 2013 I had a nice pile of Dark Angel units, but they were largely unbuilt and unpainted and just not usable in a game. Also, I had no overarching plan for them and just picking up whatever strikes my fancy is something I have found to be a bad approach. I needed to come up with an outline so I could stop "acquiring" and start "using".

So ... what makes Dark Angels interesting?
I kept coming back to Azrael. Sure it's another 200 point character but he makes "triplewing" an option. How about a base force of Azrael and a librarian for HQ's, with 2 tactical squads, 2 Ravenwing squads, and 2 Terminator squads as troops? That's pretty flexible and for smaller battles I can still use the tacs with the librarian. For others I can bring in the full mix. I already have a Landspeeder typhoon squadron and a pair of Predators painted up in the color scheme so if I can get this core force set up I have a pretty decent army ready to go.

This is the plan:
A lot of these choices are because I have them already. That's already over 2500 points built out so it's not a small army. I would like to add some options down the road. Deathwing Knights in a Land Raider Crusader sound good, some Black Knights sound good, I might add in an assault squad that was earmarked for the Blood Angels just to have the option to take it, a Darkshroud and a third Ravenwing squadron aren't bad ideas either.

The core of my force is two tactical squads in Rhinos led by Azrael and a command squad with the banner of devastation in a Razorback. I see them as moving up towards any midfield objectives. There may be a dreadnought marching along with them.  I know this isn't considered optimal in online discussions but it's where I am starting. This should make for a tough holding force as the banner makes any unit within 6" have salvo 2/4 bolters. That's a lot of bolter fire. The inherent plasma guns and plasma cannons of the tac squads should be able to deal with heavier targets and Azrael gives them some HTH punch if it comes to that. He also makes everything on the table Leadership 10 and they are already stubborn. He also gives his squad a 4+ invulnerable save.

In the backfield I have two predators and a devastator squad for heavy firepower and there may be a dreadnought in the back too. The support squadron of 3 typhoon landspeeders will also be lurking here. The librarian will likely carry a power field and stay with the devastator squad. With the banner I think I have enough anti-infantry fire so the predators will likely be AC/LC preds and the devastator squad will be either 4 plasma cannons or 4 missile launchers. Maybe both if the tanks don't seem suitable for the fight. The Hellfire Dreadnought (twin-linked lascannons and a missile launcher) originated with the Dark Angels back when dreads were still metal and I have one of those, so I think it's very "fluffy" to include one if the points allow. A triple-typhoon squadron deal out some nasty firepower and can survive pretty well due to range and jink saves. I think it will be rare that I can fit all of this in but in a mostly shooting army the heavy stuff plays a big role.

For the forward assault force I have two full Ravenwing squads and (at the moment) a Deathwing squad that will likely deep strike in. The bikes can combat squad and split up, the attack bikes will be multi-melta bikes and will be tank-hunting, and the terminators will be shooter termies and will drop in on the biggest single threat as they can do some decent shooting or close and assault something big with powerfists.  With potentially 7 scoring units ( 4 bike squads, 2 attack bikes, 1 termie squad) this part of the army is 100% in the enemy's deployment zone on turn 2 and has to be dealt with, hopefully lessening the threat to the rest of my force that is holding middle and rear objectives.

Down the road I'd like to add a land raider crusader with a unit of Deathwing Knights for the really nasty battles, but that will have to wait for "Phase 2". Right now I don't really have any tremendous threat unit that's going to scare an opponent other than swarming them with scoring units. The mobile knights would give me that.

I'm also going to experiment with a 5-man assault squad with 2 flamers. They are mobile enough to get around the board, small enough to not be a threat, and cheap enough (at 95 points) to be expendable. I can see a use for them though in burning things out of cover and thinning out hordes. I can also see krak and melta grenades giving me another way to take out a vehicle besides the MMAB's. So it's a really cheap mobile, dual-purpose unit.

Next time: building some individual units.
Posted by Blacksteel at 5:35 PM No comments: 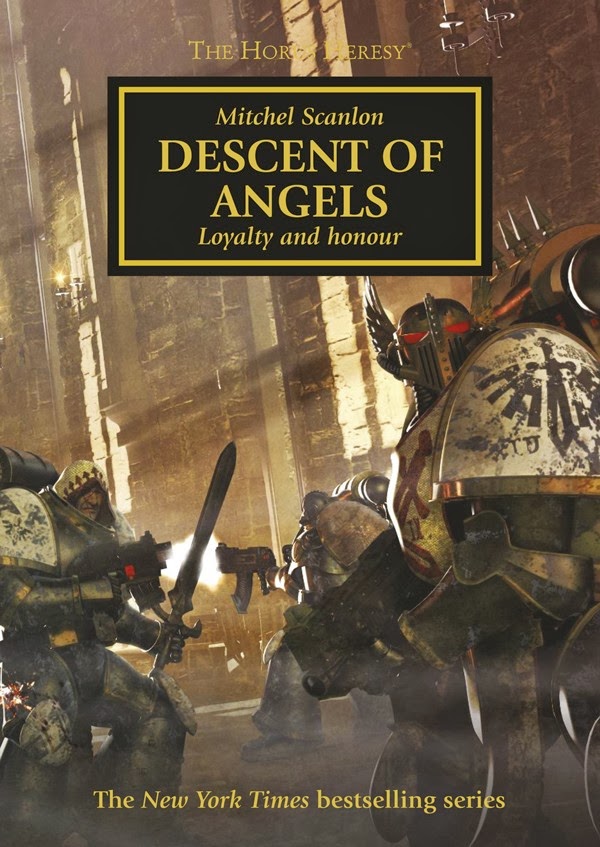 This one has been out for a few years but I just got around to reading it. My resurgence of interest in the boys in black (no green here) has me digging through everything that's out there on them.

This is a "30K" novel meaning it is set before the current era of the Warhammer 40,000 universe. The main character is a squire in a knightly order on the planet of Caliban, which will become known as the homeworld of the Dark Angels chapter of the space marines. At the time of the story it is a pre-spacelfight world, having lost contact with earth after being colonized many many years before. Technology has regressed to the point that the knights wear armor and ride horses though they do have low tech firearms. The story follows the main character and some supporting characters, including primarch Lion El'Jonson, through several years where the main character progresses to knighthood, their order fights another, and great quests are undertaken and completed. Late in the book contact is reestablished and a lot changes in a very short period of time for the characters and their world.

I notice over the years that my book reviews have gotten shorter as I don;t think a typical game-fiction paperback really needs all that detailed of an analysis. Continuing the trend, I'll keep this short: I liked it.

To expand a bit:


The Bad
Who might like this book? Well, if you play Dark Angels in 40K you should really already have this and if you do not go get it! Other fans of 40k's Imperial Space Marines in general might like reading about one chapter's transition from primitive to modern. Fans of 40K in general who want to read a novel of the old days without all of that civil war/Horus Heresy stuff will enjoy it as well.

Again, it's not a revolutionary novel but I liked it and it's worth the read if you're at all interested in the subject matter.
Posted by Blacksteel at 12:00 PM No comments: 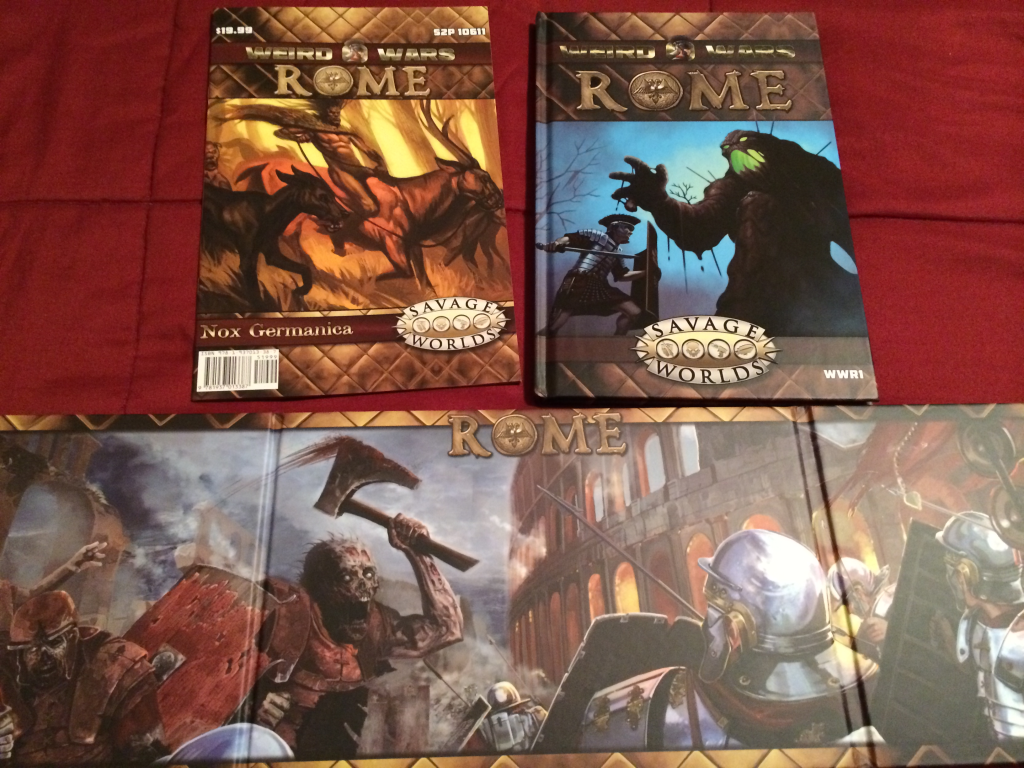 The physical copy of Weird Wars Rome for Savage Worlds has arrived and it's very pretty. I didn't spring for the big poster map in the kickstarter but I did go for the screen, and that's it at the bottom of the picture. 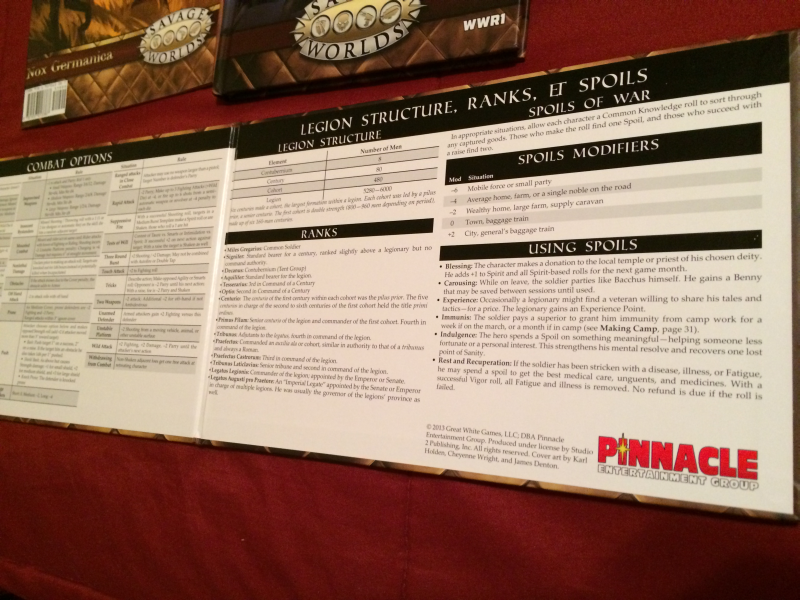 Legion structure and ranks is not something you would see on a screen for most games but it makes a lot of sense here. It's the now-standard hardcover material so this screen is pretty stout, not the spiral notebook cover cardboard of the old days. 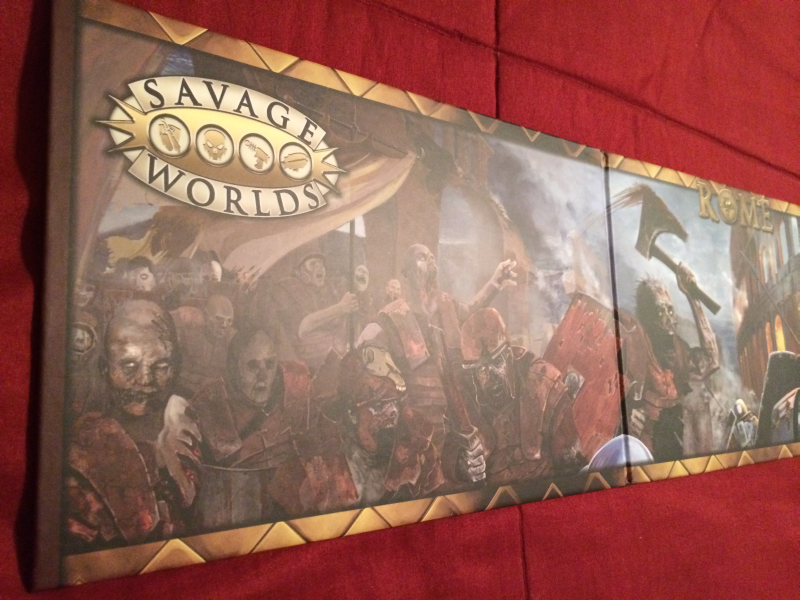 The front has a nice illustration that very effectively conveys what the game is about and I like it. 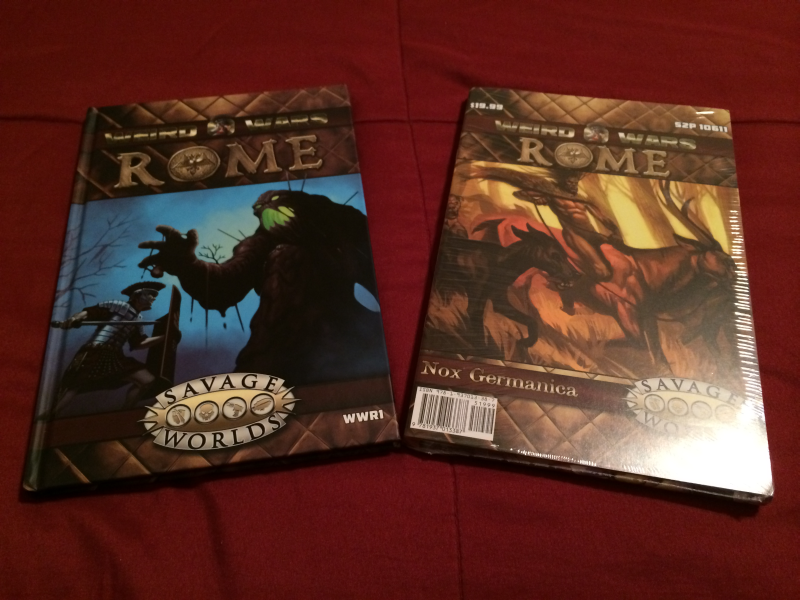 Besides the screen the main book is nice too. It's a matte finished hardcover but it's a smaller than the previous Savage Worlds hardcovers I own. It feels good in-hand though so I don't see that as a flaw.

So ... some RPG Kickstarters work out just fine - no massive delays, no drama, no broken promises. I'm pretty sure this is or will be available on store shelves too so if you're interested in the subject, take a look. My detailed thoughts on the content are here and having the physical books in hand only reinforces my positive impression.
Posted by Blacksteel at 12:00 PM 2 comments: 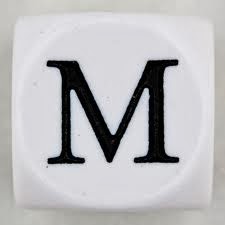 According to Blogger this is my 1000th post on the blog. It took me a little over 4 years to get here which averages out to around 4-5 posts per week - not bad for a run that long. I started posting with the idea that this was mainly for me - a journal of whatever I was interested in and doing right now game-wise. I've stuck to that pretty well and I don't really feel any need to change it. So expect things to continue pretty much as they have been. I'm still playing around with the look of it from time to time, but the stuff I am posting probably will not change a great deal.

As of right now, Pathfinder and Warhammer 40,000 are the most active games here, with 4th Edition D&D and D&D Next both in a holding pattern. The only other not-so-active game I'd like to get going again is some kind of supers RPG, even if it's less frequent than the "main" games.

To those of you who read and left comments - thank you! I like having a little interaction on here.

To those of you who just read it occasionally - thanks to you too.

To the "regulars" who have come and sometimes gone - thanks a bunch for keeping it lively. 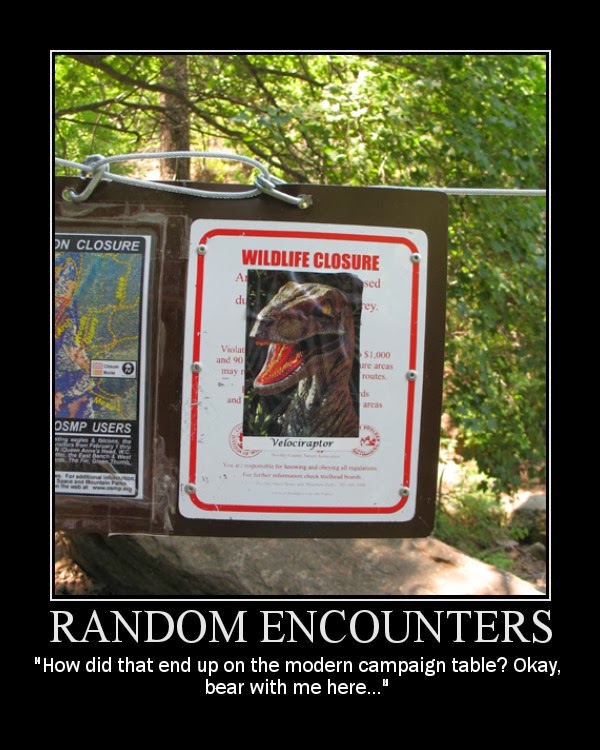