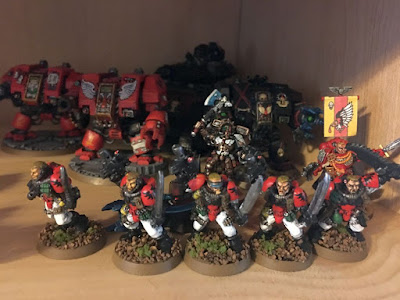 I had a lot of fun with these guys playing 4 games in one week. It's been a while since I've built a new marine army and gotten it out on the table. The Blood Angels are not considered a "power codex" in 7th edition but they have a lot of units that are just fun to play. I decided early on to go light on vehicles with this one and focus on more of a drop pod and jump pack army for speed.

Beyond adding two more drop pods I do have one other angle I am thinking about trying out. With BA Rhino's being fast vehicles they could do a 24" move on Turn 1 and pop smoke. That should be enough to get say a heavy flamer tac squad onto an objective or into the fight, -OR- it would be enough to get a devastator squad with say two multi-meltas into range to threaten some stuff on Turn 2.

Final complication: I also decided to bump up the army to the current standard 32mm bases for full-on marines in power armor (meaning "not the scouts"). It's some extra work and a little bit of extra expense but since I'm just now building them why not make the change? If I like it I may do it to the Dark Angels as well since they are in a similar state of construction. Right now I'm planning to go with some green static grass and some gray rocks to give a little contrast with the red/white/black/gold on so many of the figures.

So there's the "state of the army" for the BA's for 2017. Once it's all painted up I'll have 3000+ points which should make for plenty of choice in games for the rest of this year. Lots of building, lots of painting, lots of "bits" being purchased to finish these things out too, so thank goodness for eBay.

More to come!
Posted by Blacksteel at 12:00 PM No comments:

Freedom City: Thoughts Around the Campaign(s) 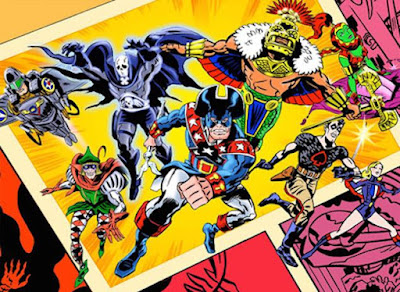 I ran another session of Time of Crisis over the weekend and it's a blast - but more on that later!

In the aftermath I've been looking around at my notes and character sheets and past blog entries for the various M&M campaigns and realized things are kind of scattered. The tag over there on the right side of the screen is for "Freedom City 2000" which was one of my early ideas for a Freedom City campaign but isn't terribly relevant to what I am doing now. Over on the left I've noted it as Freedom City: Year One which is more relevant as it is what I am trying to do but even then it's not entirely correct. To me, what I've been doing the past five years or so with one or two games a year and what I'm doing right now are really all more of a prologue, a prelude to a regular, ongoing, city-based modern superhero campaign. That said, you take what you can get. I'm really trying to get it organized in my head as much as anything as what's done is done and what's being done is being done and what we will do is not really a thing yet. It's very much like the comic book universes we all know so I can at least take some comfort in that.

None of this matters to my players of course - they show up, we have a good time, and we schedule the next session. We get some "old warhorse" stories but not nearly as many as say D&D because we haven't played as much supers in comparison. They don't care so much who was or wasn't here for a particular session or that Captain So and So's powers changed between Session #1 and Session #3 because they're playing it, not reading it or watching it. Noting it (at least) and explaining it (hopefully) matters to me because I am trying to create a connected universe, hopefully something that wows them months or years from now with a callback to something that happened in one of these early sessions. 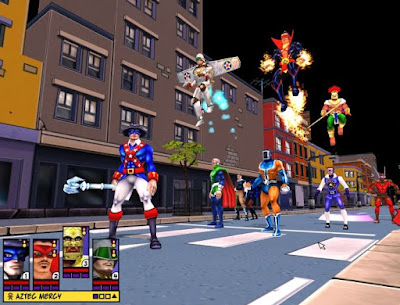 So here's where I am - I need to think more carefully about these kinds of things and keep it a little more organized. So ... 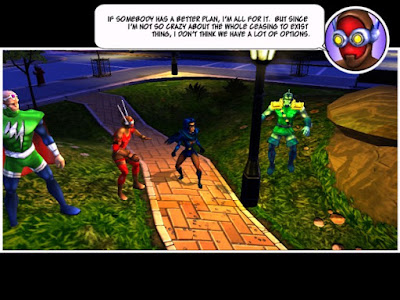 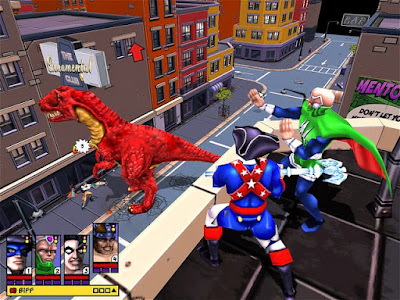 Of course this also sets up the ultimate fun scenario - crossovers! We've already pretty much established that the DC comic and TV universes also exist in this cosmos  - see the recaps for those details - and I expect Marvel to follow soon. Why not let the players establish this kind of thing, especially this early in the campaign? It pays off now and it will pay off down the road too.

...and no, I do not have the time to run all of these on a regular basis. Keeping one of them on track for once a month, and working in the others a few times a year is probably as much as I can hope for right now. I'm OK with that though, as that's still a ton of fun.