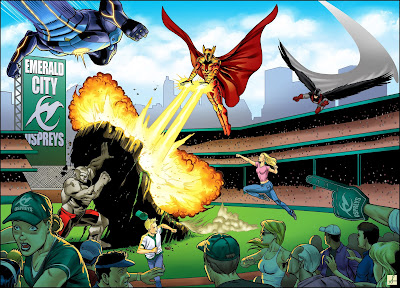 Barking Alien posed a good one this month: What is your ultimate game?

I'll answer that, and then I'll expand upon it a bit: how does that drive your other games? The one's you're running now that are not your ultimate?

First though, time for some self-examination:

Genre/Setting
"The universe is your playground" - Supers!

Approach
I outline the setting, I sketch out some factions and villains, the players make their characters and we see where things go. No metaplots. No adventure paths (as an entire campaign anyway). I would figure out certain events that would be happening in each "season" and the players could react (or not) to those in any way they choose.

*Open Table* would be the holiest of grails here. . Supers is the easiest genre to justify characters dropping in and out from session to session. Maybe I run the first and the second Saturdays each month and whoever can make it makes it.

Pace
We might only meet once a month, but I'd like to get through more than one or two combat encounters in that session. More comic book "let's go!" and less planning and optimization ahead of time.


Players/PC
I'd like to have multiple groups running separately in the same setting. Some players might overlap, no problem. Might be an East Coast team, might be a West Coast team, might be in the same city, might be a space team for special occasions too. I'd let the players drive this after a while. Over time I'd like to see the players make multiple characters for different parts of the campaign. I'd like them to design some of the villains too.

System
I agree with BA here - in many ways this is the least important element. I have a multitude of systems and editions of those systems for running supers and I could have a good time with most of them. M&M, Champions, ICONS, Marvel, DC - all of them are worthy. 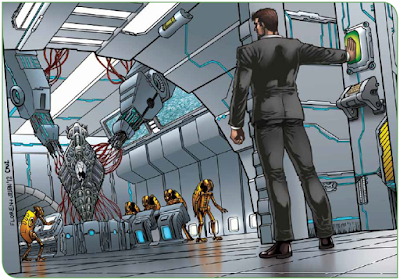 Now for my contribution: How does thinking of this as my "ultimate" impact my other games? 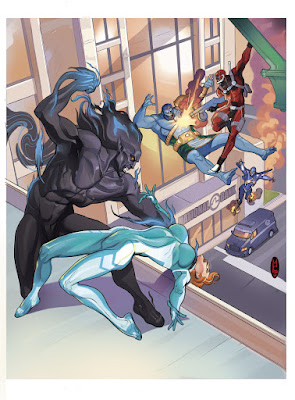 As far as "have I run this" - no. I've brushed up against it in some ways but I've never had the full package I discussed above. Have I run my best game already? I doubt it. I like to think I get better over time at this. New games, the occasional new player, a new tool - all of these things help adjust attitudes and approaches to even old games. Knowing what's important and what is not improves with experience. Knowing a particular group tends to improve over time. Hopefully those best games are still ahead! 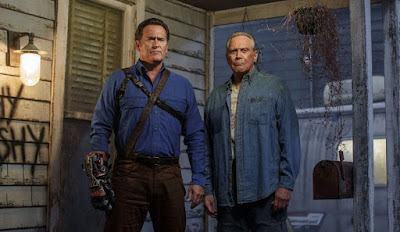 I've never been big on horror RPGs. I don't hate them - I just don't get them. I've read plenty of Lovecraft, like horror movies and shows in general, but they just don't translate to the tabletop for me. Some illustration: 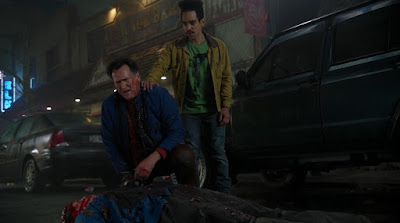 I'm not saying there aren't some people out there who can run it - the right GM, the right system, and the right players might do everything I cannot. I've never seen it in person but that doesn't mean it doesn't exist. It's just never worked that way for me, either as a player or as a GM. My attempts at horror games look more like "Ash vs. Evil Dead" than "The Shadow Over Innsmouth" and honestly I am fine with that. My players have a good time, I have a good time, everybody wins on some level.

I've said it before but the only thing I've seen legitimately scare players in tabletop gaming is level-drains and instant-death poison/traps/magic in old school D&D. Sure, it's random and unfair and terribly inconsiderate of your character's perceived place in the narrative, but isn't that what horror is about? The unexpected? The permanent loss? That's a canvas I can work with, but most players nowadays are not interested in those kinds of mechanics. I suspect that just reinforces my feelings about horror games stated above. It still makes for a nice change of pace every once in a while. 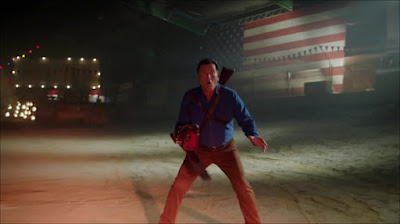 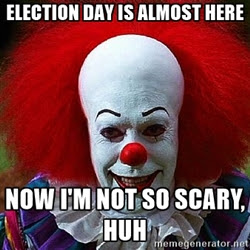 I generally keep politics off of the blog but tomorrow is election day in the U.S. This is as close as I'm going to get to the whole thing here.

Posted by Blacksteel at 1:30 PM No comments: