Charging to Play at the FLGS 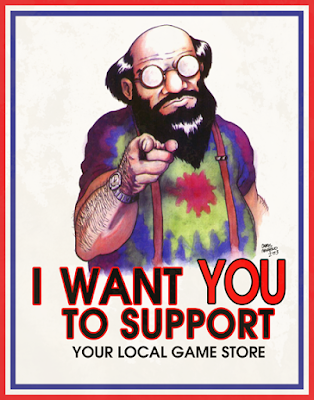 There was a discussion of game stores on EN World a few weeks back and the hot topic was a proposal that they should be charging players for playing space at their tables.  I decided to chime in with some history and my own personal views. I thought it was a good discussion so I thought I would share my post - edited to remove other names and for some context.


Let me dive into this with one perspective - I've been playing RPG's since 1979 when I was ten years old and I've never gotten away from the hobby. My longest break is measured in months, not years, so it's pretty much continuous for almost 40 years now.

I've never played a single RPG session in a store.

I live in DFW and have for most of this time and there are plenty of FLGS's within a 60 minute drive.

We have always played at someone's home. When we were kids that's because that was the easiest place to go. We sat around somebody's kitchen table and played for hours.

Once we could drive we still did it this way because it still worked.

College - it was somebody's apartment, house, or dorm.

As adults it's the same way - most of us have a dining room or living room where we can do this and some of us have a dedicated game room set up for it.

So in my experience you don't need a dedicated neutral space to play. I get why it's convenient for some and if it works for you that's cool but for at least some of us it's a total non-factor. I have all of my books, miniatures, props, mats, markers, dice, and all of the things you accumulate for gaming organized and stored at home. If I play at someone one else's home they typically have the same situation.

The idea that people should have to pay to play in your space ... I get the economics from that side but I've never seen a store that was nice enough that it made me say "wow I'd pay to play here." Especially in the sense that it had more positives, and fewer negatives, than playing at home. You buy books specifically for a game, you buy dice for a game, but space - space is the easiest thing to find and it's not something specifically tied to the game. Paying for some kind of special event - sure, I get that. Paying for 4-5-6- friends to get together and play a session? You'd better have a truly compelling "something" there or it makes no sense at all to me. 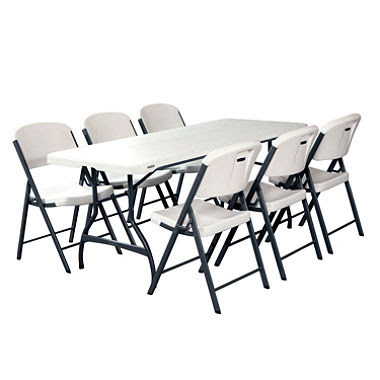 I simply don't understand why there is such pushback: you don't balk at paying for bowling, miniature golf, billiards, target shooting, batting cages, and the like; and what you're paying for are the tools to do the thing with and the space. Why are FLGS so incredibly different? There's not much money in the people who only play at home--but there is a definite need for a place to *play*.

I don't have a bowling alley at home; I don't have a mini golf course at home; I don't have batting cages in my backyard; I don't have a 75 foot wide movie screen at home. Those are specialized things necessary for a certain experience and I will pay to use them. Pretty much everybody has a table and chairs or some couches or some beanbag chairs and some empty floorspace - those are all that's needed to play an RPG. Some hobbies require the use of specialized facilities, from bowling to drag racing - RPG's do not. So attempting to monetize your space means you're swimming upstream right from the start, business-wise.

The entire FLGS industry owes its origins to RPGs and minis games. In the 80s, they were the only places you could get them

Well, in the 80's you could buy RPG's and wargames (and the associated miniatures) everywhere from Toys R Us to Kmart to Target to Michael's craft stores, not to mention the Sears catalog and various mail-order houses. There were also "Hobby Shops" that covered a variety of hobbies and games were just one of many things they included. The FLGS wasn't a thing in much of the country until later. 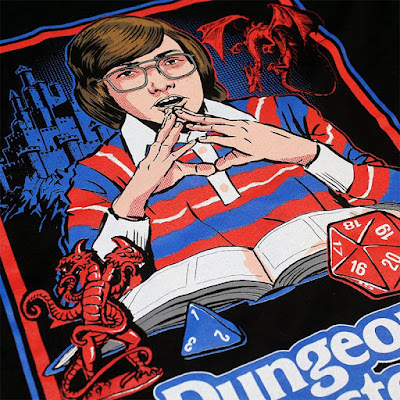 More importantly, the only way you could meet other people to play those games with; and from there grew everything we have now.

Oh no no no - you realize there were at least 3 separate generations of D&D'ers that got started without game stores being a thing right? The OD&D crowd mostly seems to have picked it up in college. The Holmes edition basic players like me mostly bought it at a retail store and started up our own crew or joined in to one we knew at school. A few years later the Moldvay Basic set brought in another wave and again it was not store-centered playing that drove this - it was playing at home or at school with your friends or through some kind of high school / college gaming club.


Most Magic players in the early days were RPG players first. Without a space to play, these days, the games all die.

Magic, 40K, X-Wing are all competitive type games with a tournament/event component that drives playing with strangers in a neutral space. RPG's are an entirely different animal. Without that neutral space those games might die, but they also seem to be where stores make most of their money so that seems to be a self-settling kind of thing, right? 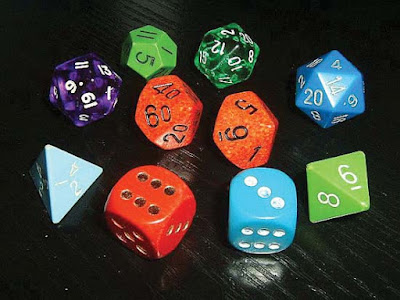 When the online competition to buy product makes the margins & volume so low that FLGS go out of business...the space goes away, and the people and communities go away, and the home game groups eventually age out, so there's no one new and enthusiastic to greet and play with people face to face...and the future is nothing but virtual tabletop, less human interaction, and less friendships built.

How many Napoleonic miniatures players do you come across in stores? How many WW2 mini gamers? Heck, how many historical miniatures players period? How many people do you see playing ASL or other board wargames in stores? These games are still produced, supported, and played. They still have a community. Much of it is online these days because stores do not support those hobbies. There are events like meetups and cons where face to face play does happen.

As for home game groups aging out leaving no one new ... it's a good thing none of us are raising kids who are interested in some of these things and who then go off the high school and college and find new players and start their own gaming groups - except that we are.

I have nothing against the FLGS. I've spent plenty of time in them over the years and I have one in particular that I use and like. But I do not know how you get to "stores have to charge people for playing space or they're all going to close and then RPG's are going to die out". The FLGS is a cool thing when done well but it is not a necessary thing for RPG's to exist.
Posted by Blacksteel at 12:00 PM No comments: