Into the Unknown for D&D 4E

Just to change things up a bit ... 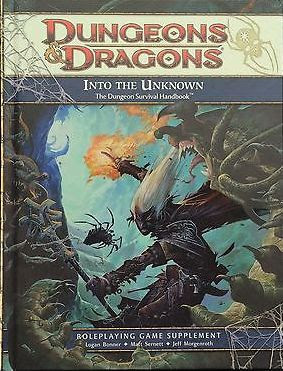 Why this book now? Because it's one of the two books I never picked up for 4E and I figured I might as well finish the set.

This is subtitled the "Dungeon Survival Handbook" but it's a mix of material for players and for DMs. It is very much optional and I never missed it while I was running my 4E games.
In general it's a fine book if you're going to feature a dungeon-heavy or megadungeon campaign, and there's nothing bad here, but you could run a dungeon-heavy game without it too. It didn't impress me as much as Neverwinter or Mordenkainens Magical Emporium but I do like it overall. If anyone out there is still running a 4E game and doesn't have it, it's certainly worth a look
Posted by Blacksteel at 12:00 PM No comments: 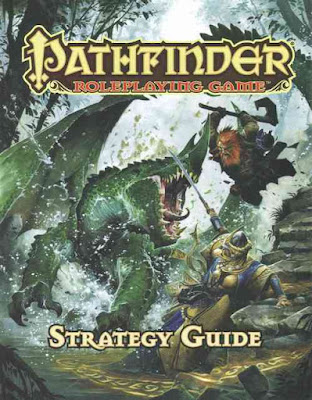 Why? Because I found it for cheap and thought it might be handy if someone new comes along.

This book is an introduction for new players and while it's not a replacement for the core book in that it doesn't cover all of the rules, it is a really nice walkthrough of how a Pathfinder game works.

Blood of the Night for Pathfinder 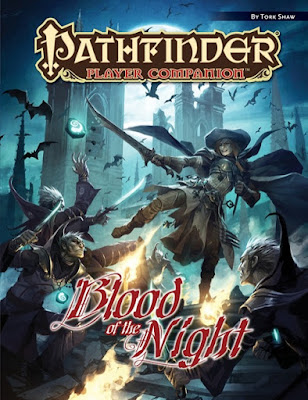 Why? Because Lady Blacksteel has been known to play a vamp PC a time or three)

This is the "Vampire PC Book" for Pathfinder and it covers exactly that.
With a cover price of $11 it's fairly inexpensive for Pathfinder books and if you're interested in playing a vampire PC, well, this is the book you want. If you're a DM planning a fang-heavy campaign it's worth getting as well. Within that narrow scope, I like it just fine.
Posted by Blacksteel at 5:58 PM No comments: