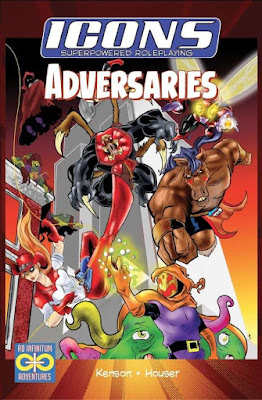 Every superhero RPG needs bad guys. Given that they typically come with character creation rules as a core feature though, I'm not sure anyone really "needs" a book full of them. Yet every superhero game line that goes anywhere has at least one, going back to Champions and Villains & Vigilantes.  I still have my original "Enemies I" and "Enemies II" and villains from those books still show up in my games from time to time so they can definitely make an impression and help define your personal setting. They are the traditional Monster Manual of Supers RPG's, a pillar of the genre.

Side note: Given that it's not difficult to rewrite motivations - generally easier than writing up a coherent set of new powers in a  lot of games - they can also serve as a handy resource for NPC & allied superheroes as well. It's a book of superpowered people - adjust alignments to your taste!

The Viilainomicon, the original bad guys book for ICONS, had around 50 villains.  Adversaries has over half again as many and brings a lot of the old ones up to date with the newer edition and looks to be the "core" supervillain resource for the Assembled edition.

I really like the layout - each character is covered in two pages:

This works really well for a resource like this. If you like the concept but want to change the background it's easily done. The Qualities - an ICONS thing, somewhat similar to FATE - do tie them together for many characters but those can be tweaked easily enough. Every character has the ICONS-standard 3 Qualities but you could always add more as well. 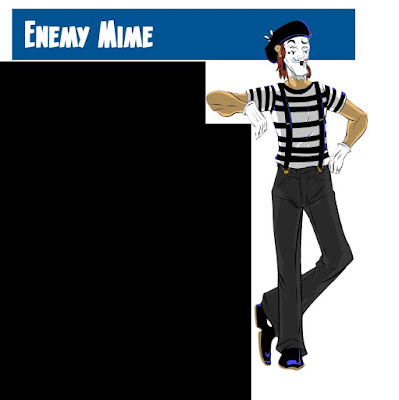 As I read through the book I would pause after reading the game stat material and on some would feel that inspirational burst of what my version of this character would be. Then reading the background material it was usually a completely different take from what I was thinking - and this is awesome! I now have potential for two rival villains ... or a rival hero and villain pair ... or a great setup for one that has been mind-controlled or overlaid with a different personality or any of those incredibly dramatic "he's acting funny" situations that come up in comic books regularly.
Tone-wise many of these characters have very Silver Age, "punny" type names and many of the backgrounds are similar. This sits just fine with me because I like my superhero games to be light and fantastic rather than grim and gritty. ICONS is perfectly set up for this mechanically by both being lighter than a lot of comic book RPGs as far as rules crunch and with the Qualities element being perfect for highlighting important facets of a character without bogging down in math & modifiers. A few favorites: 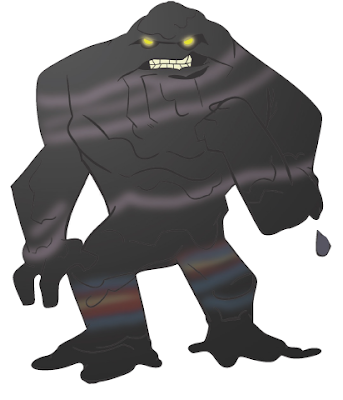 Looking for flaws the only thing I see is that this is strictly a catalog of villains. I mean, it says that up front, but The Villainomicon had 20+ pages of rules material - new powers, new specialties, running disaster scenarios ... it was useful stuff at the time but most of that material has been integrated in the newer rulebook or other supplements. It doesn't need to be in this book and Adversaries does not feel lacking without it.
So yes, I like this book a lot. If you're just getting started with ICONS there is enough in the main book to run multiple sessions, but once you get going this is a strong addition. From villains and backgrounds and organizations to help build your setting, to examples of how to make strong themed characters, it's a great resource.
Posted by Blacksteel at 12:00 PM No comments: