The New Campaign for 2015: Necessary Evil - with a twist 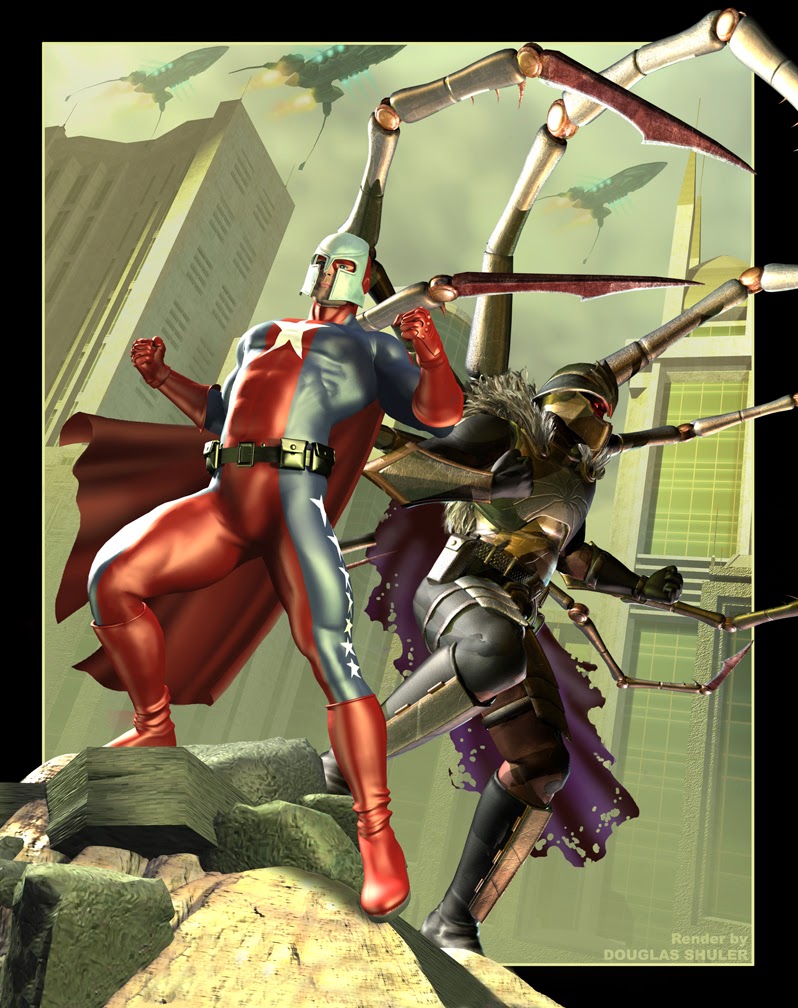 I know NE already has a twist - you play Supervillians pressed into saving the world - but the city setting in the book is a gimmick that while I was OK with it, I always felt like it could be better, less "generic modern city" on the surface. I felt that as far as the players were concerned it had an unusual shape but the background behind it kind of washed over them or was never fully discovered. I never had a good feel for the street-level view of the place. Given that my group were all fans of City of Heroes and played it quite a bit, why not use that familiarity to amp up a tabletop game? Why strain to make "Northpoint" interesting when I can say "Steel Canyon" instead and they instantly have a picture of the skyline, the layout, and where it is in relation to the rest of the city - and so do I.

I did consider taking another tack. I did think about using the DC or Marvel universe but those are so detailed and so vast I think a "devastated and conquered earth" campaign is tougher to pull off. I lingered for a while on using M&M's Freedom City setting but a) my players are not that familiar with the city as I've never used it for a sustained run and b) I don't want their introduction to the setting to be post-alien invasion Freedom City as I'd like to use un-invaded FC for a future campaign.  Then I realized the answer was Paragon City, the setting for City of Heroes:


I'll cover more of the details in future posts and how I'm substituting parts of the adventure with my own and stitching together some other elements to make it more tied to Paragon specifically. They are still villains, they are still working for a major supervillain who has formed the resistance movement (some more willingly than others). In the original adventure this is "Dr. Destruction", a Doom-esque villain. In my version it is Nemesis.Yes, it is literally a "Nemesis plot."

Why not Lord Recluse as the resistance leader? In fact where is Lord Recluse? Well that's an interesting story. My players may uncover it during the campaign - or they may not. That's one of the keys to my approach. There are a ton of threads one could pursue in post-invasion Paragon City. We could spend years on "Whatever happened to hero group/villain group/giant monster/villain/hero etc." and while I have plenty of ideas I'm going to let the players drive the focus on where things go.

Also, we are picking up the game where we left off in 2010. We're assuming that all of those events happened, even if we are retconning the location and some of the names into Paragon City from Star City. The players brought back all of their old characters (everyone managed to hold on to their character sheets in paper or digital form for 5 years!). I'm working on a "retcon recap" to update the events of those old sessions to fit them in.

While this is not quite as zero-prep as running it straight out of the book, it should be quite a bit more rewarding. plus, knowing the setting so well makes it easier to run on the fly anyway. If you are familiar at all with both games then you will know there are certain elements of NE that do not have an easy counterpoint in CoH. I have thought about them and I already have some possible replacements and re-works. Some elements I'm just going to de-emphasize, others will be ignored entirely. As far as the core concept and general plot, it's still Necessary Evil - but it's MY Necessary Evil, and when we're done it will be mine and my players' take on it, by way of Paragon City.

Finally,  this is not just planning - we played the first session over the weekend. Three of my four players were available so it is officially kicked off! Right now the plan is to play once a month though if schedules line up we may work in an extra session or two. I'm going to sketch it out as 12 "Issues" with this kick-off session as an "Issue Zero". If we play more, well, there's no lack of material in my head. More to come.