The Machina Wars for Mutants and Masterminds 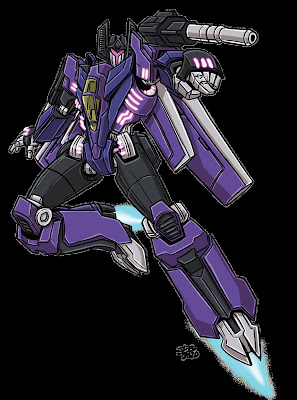 The Machina: Visually similar to, but legally distinct from, those other transforming robots you've probably heard of...

This is an interesting supplement for Mutants and Masterminds from Jacob Blackmon's Super Powered Legends line on DTRPG. It's a type we don't see a ton of these days. It's sort of an "enemies" book in that it does have game stats for a number of bad guys - but it has them for "allies" too. It has more than that though. There are notes on the history of this ... race? Civilization? Plus notes on the organizations or governments associated with them. It's a pretty thorough exploration of the subject matter in 36 pages and the best part is that it's totally a drop-in option for a campaign. They have their own history and battles and characters off in one part of the galaxy and then BAM - when you need them to they arrive on Earth.

I admit that I liked this a lot more than I was expecting to. yes, it's "Transformers" for M&M. Transformers was kind of after my time, more the realm of little brothers as I was already a teenager when it got popular and I was aware of it and could see the appeal but it was never "mine" like say Star Wars or Battlestar Galactica, or Marvel/DC superheroes. I've seen some of the original animated series and the movie and then the Michael Bay movies, then recently the grittier Netflix shows like "Earthrise". So I'm casually familiar with the whole scene but I'm not emotionally invested in it like Star Trek. There is a lot of potential here though. 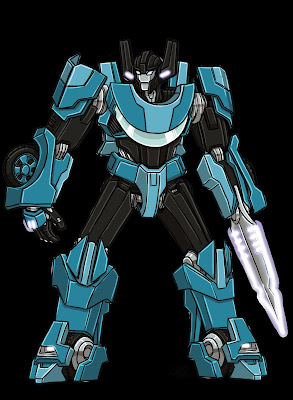 This work gives us origins of the species and then covers the major eras of their history and some notes on roleplaying in each of them. Having watched the Netflix War for Cybertron shows (2 released so far of a planned trilogy) it makes sense to me. The evil bots have taken control and the good bots are a rebellion that's having ups and downs is one of the more recent parts that lines up with that particular show. I don't feel like I'm missing anything critical if I was going to add this to a campaign.

The rest of the book is statblocks and personality descriptions of pretty much everything you would need to run these in a campaign: Generic Bad Bot, generic Good Bot, Bad Bot leader with the big gun, Red & Blue good Bot leader, other leader figures on both sides, Prehistoric Animal Bot leader, a big Combined Bot and an explanation of how that power would work so you can make more, and even the old multi-faced race that once controlled the Machina in the early days. Transformed stats are noted as well. Most of the "grunts" are PL7-8, and the leaders top out around PL12. This is a nice spread of easier to handle soldier types but leaving the bosses to pose more of a challenge - which sounds pretty true to the source material. There is also a discussion of their unique "biology" including how they heal etc. which is important as they are all built as robots and so have no Stamina score. To me it seems very solid. 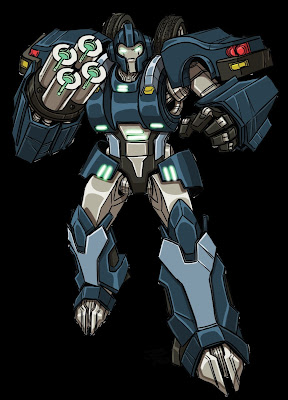 The genius of the way this is put together is that is perfect for dropping in to an existing superhero campaign. Your heroes are doing their thing when a report comes in of some kind of armored bad guys or robots causing trouble downtown. The heroes investigate and then one of them hears the car parked next to them say "Please don't let them take me" and you're off to the races! I love the idea of dropping in recognizable pop culture/nerd stuff that totally fits in with what you're doing anyway. If you need a plot, well, the first live action movie is an easy go-to there, but instead of some human dork your Bumblebee stand-in is talking to Batman ("we have a problem") or Spider-Man ("uh, guys ... there's a car talking to me over here ...") ... or ... Thor "Fear not friendly carriage! The lion of Asgard stands between you and these foes! 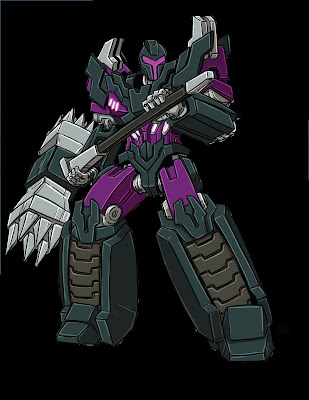 Once you get through an introductory series of sessions then you can decide where to take things:

Anyway I really like the potential of this book when added to a superhero campaign. It covers just enough to be worth getting and noodling over but it's not something you're going to feel has to take over your game full time and that's a great sweet spot.