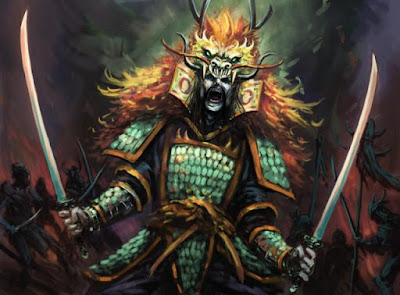 This came out around two weeks ago and I did not see a whole lot of discussion on it ... and I suppose that says a lot about why I think it's a good thing. Presumably there was discussion on the current L5R forums and groups but outside of that I saw one article on EN World and one on Bell of Lost Souls and that was about it. Since then - nothing. L5R doesn't seem to have much buzz at all right now but becoming a part of Fantasy Flight will surely change that. The card game will get a lot more attention, there will undoubtedly be a boardgame or six released in the next few years, and the RPG will get a complete redo, I presume.

Big factor, IMO: FFG's big hitters are licensed - Star Wars, Warhammer, Game of Thrones - all are licensed properties and it's hard to plan for the true long term with a heavy dependency on someone else's universes. With a somewhat known brand & setting - in gaming circles at least - completely owned in-house, FFG can really dig in and take it somewhere without fear of a license change a few years down the road.

For me personally I have a very limited relationship with L5R. I never got into the card game - there were so many when it came out in the initial rush after Magic exploded! I was temp[ted and came very close to picking up the miniatures game but that's one I managed to resist. I do own a copy of the RPG but I've never run or played it. There just is not enough interest in fantastic medieval Japan here to ignite a session, let alone sustain a campaign. I have always thought it was interesting though, and I thought the "roll and keep" system was pretty slick. The 3E D&D Oriental Adventures was a nice book, used the same setting and I thought that might be one way to lure my players in - sadly it was not.

So while I have no real personal stake in the game it is nice to see that it is getting a good home with one of the "good" gaming companies. 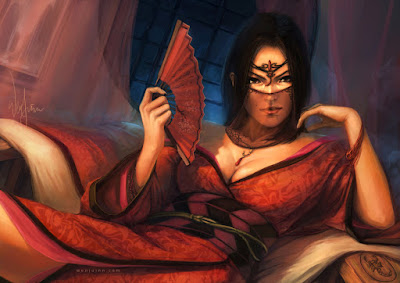 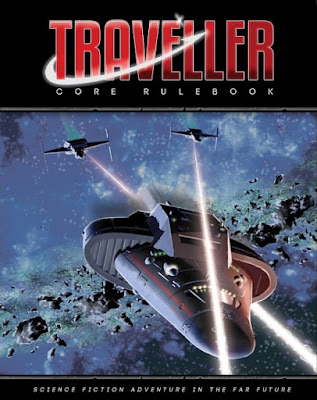 Mongoose is working on a 2.0 release for their Traveller line. I thought it seemed a little fast but they released the current version in 2008 so 7 years ago ... I suppose that's alright. I have a couple copies of the core book and a handful of the supporting books but I managed to stop my usual collecting impulse (One that comes up a lot with Traveller in particular) for a couple of reasons:

Other issues aside I thought the core book was solid and looked like a lot of fun. I just never got anywhere with trying to run it. With our group right now, and particularly the Apprentices, if I bring up "Space RPG" then it's pretty much StarWarsStarWarsStarWars! with a slice of StarTrek! in there too.  Even for the other members of my group Traveller has always seemed a little ... dull. Without a personal history with the game, it loses out to all of the other options.

The Beta rulebook is up on DTRPG ... for $20. This recent trend of charging for "beta access" is a thing with me and I will not be a part of it - for them, or FFG, or anyone else. I can sort of see why they are doing it. I think the assumption is that someone who has dropped $20 on it will give real feedback and has some investment in the game versus making it a free download and getting input from anyone who took the time to grab it. I don't necessarily agree with it. Part of me says well, yes, gamers are cheap and putting an up-front price on it probably does weed out some of the griefer types. Another part of me says that $20 investment gives everyone a financial stake in it and is going to open up the entitlement floodgates in a big way. I will say that taking the beta $20 off of the price of the final product is a nice way to handle it and I appreciate that part of it quite a bit.

I never thought the core game had huge mechanical issues so I wondered what they were planning to improve. I haven't seen much about it online but I did find this post over at the Bravo Zulu blog. He looks to be a bigger fan of current Traveller than I am and I do not like much of what he has to say about then changes. I get the copy of advantage/disadvantage but it doesn't really feel all that "Traveller" to me. It looks a lot like change for the sake of change with little concern for backwards compatibility and that's never fun.

So I'll probably wait and see on this one. It can't be as bad as 5th edition Traveller -  no I don't like that one at all - but I'm not thrilled with the direction this one is taking either, based on this early report. I'll look up some reviews when it is released and then we will see.
Posted by Blacksteel at 12:00 PM No comments: