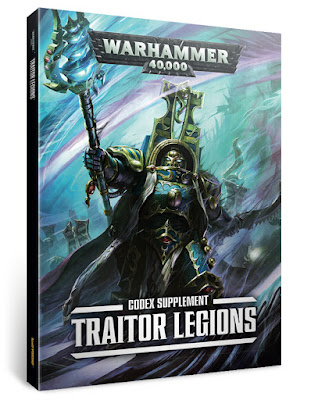 I see a picture like the one above and say "YES! Finally an up to date codex for the Chaos Marines!" After 4+ years of being behind everyone, watching as many of them get TWO updates, we should get something decent.

Then I see this:

Sources tell BoLS:
-8th Edition starter is Astartes vs Chaos Marines.
-Rulebook will be similar to Age of Sigmar’s General’s Handbook.
-Look for Campaign Books similar to the Realmgate Wars series.
-Point costs and rules for Army construction will be in the “General’s Handbook” and future codex-like Books
-Release date for 8th Edition is June
-The new Edition will be set after Abaddons’s 13th Black Crusade
-Initial focus on factions will be on Imperium vs. Chaos
-There are brewing disagreement between the returning Primarchs
-Many are shocked and disagree the 40th Millennia Imperium’s religion and injustice.

Now the previous rumors were heavy on what the rule set would be like:
GW is borrowing some rules mechanics form Age of Sigmar to pull over into the new edition.
Look for an emphasis on ease of play, especially for new players.
Look for the variable-stats-based-on-damage rule mechanic seen on some Age of Sigmar monsters to make it’s way into the Grimdark.
Look for Psychics to be greatly simplified.
Army construction will not be constrained.
Some version of AoS Warscrolls will make their way into the game.
The game will retain it’s gameplay and tactical depth, and not come anywhere near AoS’s tiny 4 pages of rules.
GW’s design goal is to maintain 40K’s depth of tactics and play, while speeding up playtime and removing needless detail.

It makes me wonder if it will even matter in 6-7 months. A radical new edition (like we saw with 3rd) would demand an entirely new book anyway.

Superhero Settings and Me 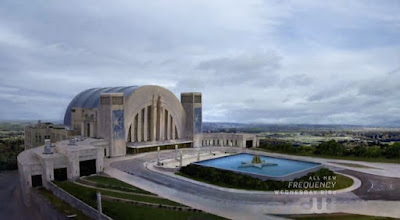 I've been digging through the superhero RPG shelves quite a bit the last couple of weeks and I spent some time thinking about settings - specifically campaign settings for superhero games.

In the ancient times of the early 80's there was Champions. Lots of Champions - and occasional episodes of Villains and Vigilantes. We didn't really have a specified setting - we just ran some games and assumed everybody's characters were available and local to "super city USA". There were suggestions in various books about setting it in your home town but I never cared for that idea. Partly because it seems limiting to me to set it in a real world city as-is. Partly because DFW isn't on a coast so you lose all of those ocean hooks from sinking ships to invasions from Atlantis to random sea monster attacks. Champions had an implied setting with organizations like VIPER and various heroes and villains but never went into detail on cities and nations.  We treated it kind of like we treated most of our D&D games - assumed/implied setting without getting too detailed on the larger picture.

Mid 80's we got a Marvel game and a DC game. We played them in-universe. Why wouldn't you?

In the 90's Champions finally put out a dedicated setting book with "Champions Universe". It was kind of cool but it was also a jumbled conglomeration of notes about characters, organizations, and world information that was way more than any of us were looking for at the time. I also wonder how much of it came from someone's campaign as opposed to being written up specifically for this book. I never worried about ti too much as anything other than a back up reference in case I needed to throw in a random organization for something.

My Champions games in the 90's ended up set in what I called "Miami 2000". It's a little dated now, but I love Florida as a superhero setting: Ocean access, home of the space program, the Everglades, the occasional hurricane threat, plus proximity to Communist Cuba, the historical pirate waters of the Caribbean, and the Bermuda Triangle. This is all great stuff for running a superhero campaign and it's all built right in. I have lived in Florida multiple times and also watched a lot of Miami Vice, so it was easy for me to envision the whole thing in my head. It represented a softening of my attitude towards real-world cities but only to a degree as my version of Miami roughly ten years in the then-future was altered in many ways. I started with a simple fold-up map of the city circa 1990 and had so many notes and changes by the end I'm not sure anyone could have deciphered it but me. A lot of it never saw table-time as I didn't run nearly as much as I had hoped but it was there, waiting. I still have most of the notes but I lost the main map somewhere along the way. I'm sure at some point Miami will return in one of my games - it's too good to ignore.

The biggest change of the 2000's has been my own personal drift from Champions to Mutants and Masterminds as my supers game of choice. M&M comes with Freedom City as its own setting and it's a great one. A nod to all kinds of comics, particularly the silver age, it's the reason M&M exists as Steve Kenson actually wrote it first for a different game. When that game folded part of the deal to publish the setting was to come up with a new system for superhero play - a d20 game.  As much as I like Freedom City and M&M I have probably run fewer than 25 sessions of the game. Most of those were scattered one-offs with the occasional two-parter or three-session run here and there. So we've never really spent time digging in to the setting, making it our own. I'm hoping that will change soon. 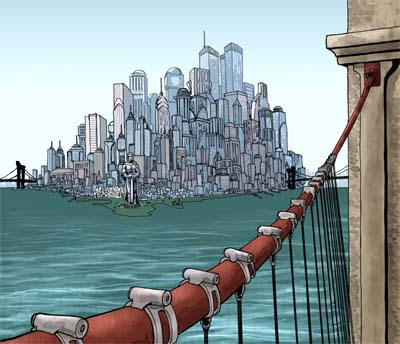 The second biggest emergence of the last ten years for me is ICONS. Lighter than M&M it's a great game, a nod to Marvel Super Heroes, and it's amazingly playable. For a more casual style of play it's just the best thing I have found. There are a ton of PDF adventures out there for it along with hero and villain supplements if you want them. Spurred by the revelation that was this game I started coming up with a new setting for my own games and ended up with "Atomic City". It's somewhat detailed in some areas and very loose in others, mainly because it's developing as we play rather than via me writing up 1000 pages of history. Sketch out the big picture, worry about the details when they come up. I went west coast instead of east this time but it's still a coastal American city with a growing population of super-types. I was happy enough with it that I've used it for some  M&M games too. 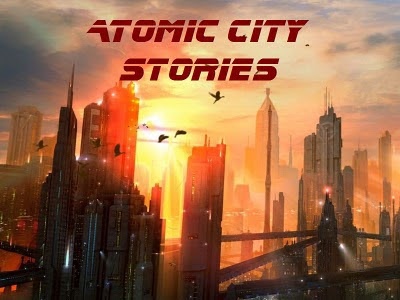 Finally we also had a new round of Marvel and DC games. I've written quite a bit about the Marvel Heroic game here and it ended up being a third style of game (with Champs and M&M being more detailed and ICONS being more fast and loose), one that I liked way more than I expected. Of course we've played it in the Marvel Universe and enjoyed it every single time. DC was the initial release of M&M third edition and I didn't really care about playing it as "DC" until last year when Apprentice Red asked about doing that. I still wanted room to do our own thing within that universe so I used Emerald City, the M&M 3E west coast counterpart to Freedom City, with some tweaks to add it to the DC universe. After all, it's not like the "X City" naming convention is unknown in DC anyway. This turned out to be easier than I thought and I was pretty happy with it during our brief run.

Emerald City makes even more DC sense now since there is a set of adventures for M&M tied to EC that begin with a "precipitating event"  which grants a bunch of people superpowers. It looks a lot like the beginning of the CW's The Flash with the particle accelerator explosion and plays into a nice campaign from there. I plan to emphasize this even more the next time we play. 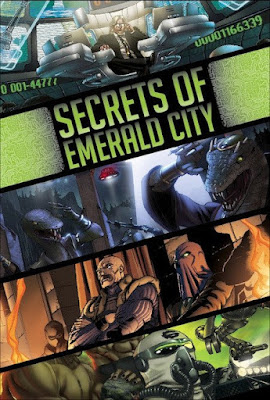 So M&M and ICONS have taken over as our main games and I have tied them to particular settings. Marvel and DC are occasional side trips and I expect to continue with their own built-in settings whenever they come up. I still like Champions and I do want to give it a chance with my current group of friends and Apprentices but it will probably be sometime next year. I'm not sure what I would do there - go with Millenium City from 5th edition and the MMO? Resurrect Miami 2000? Roll it in to Atomic City since I use a lot of Champions villains there anyway? Not sure - we will cross that bridge when we get there. 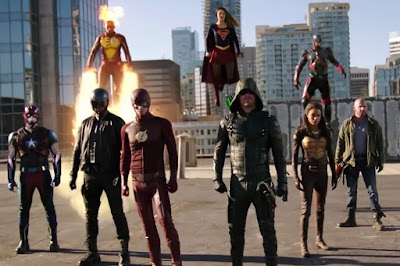 The dream setup: A regular M&M campaign with a group based in Freedom City, another group running in Emerald City, and an occasional Cosmic game with members of both groups taking part. Additionally a M&M game running in Atomic City in its own universe with its own mix of players and the occasional crossover with the Freedomverse campaign. ICONS would still be "The Animated Series" for Atomic City run as one-off adventures when the option presented itself. Marvel and DC sprinkled in as completely separate games here and there. At some point: an ultimate finale crossover event where everyone picks their favorite character between all of the games, adjusted to make sure we have each one represented as a one-time, translated into one system, and run through a weekend-long epic adventure.

Could it happen? Sure. Will it happen? Probably not, as I'm not sure how I would find the time to run all of these games often enough to call them a "campaign". Maybe of one of the Apprentices started up his own game ... Anyway there's the backstory and the dream. More to come - a lot more - the rest of this month. 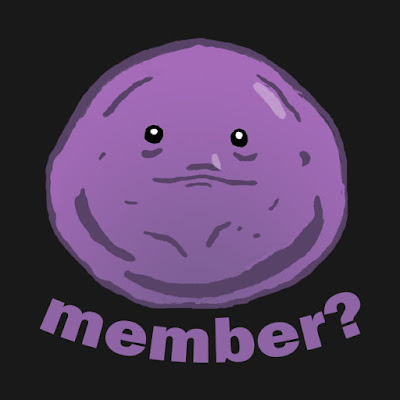 Member 2012 when they shut it down for no great reason? Aluminum Man remembers ... 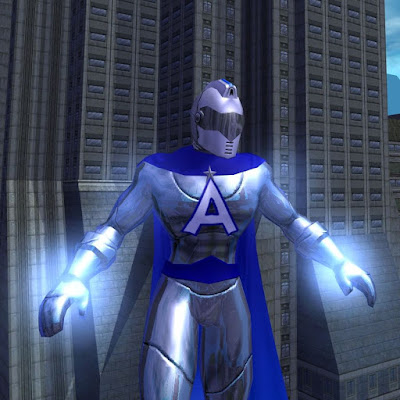 Four years ago today it all came to an end. 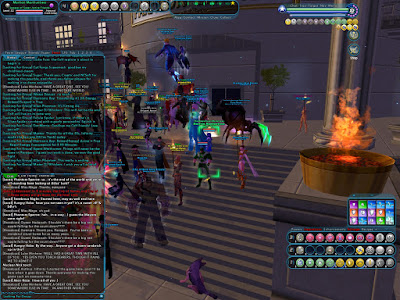 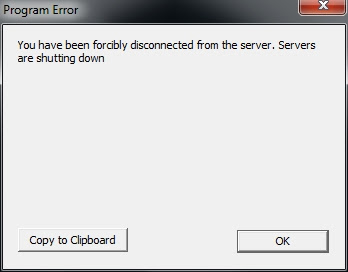 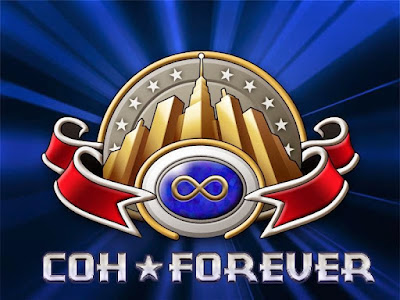 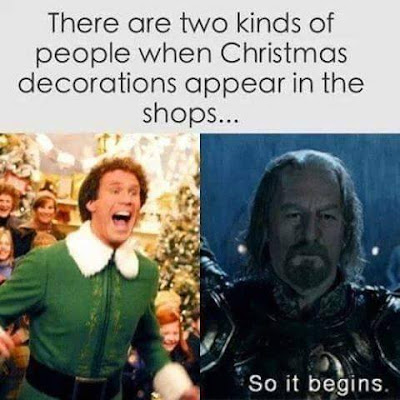 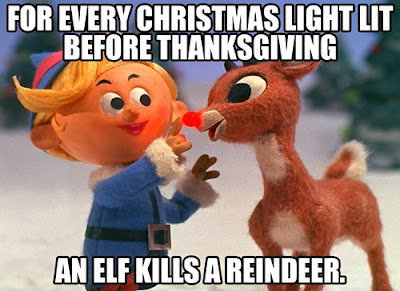 Now that we're past Thanksgiving it's officially OK to put up those lights ... 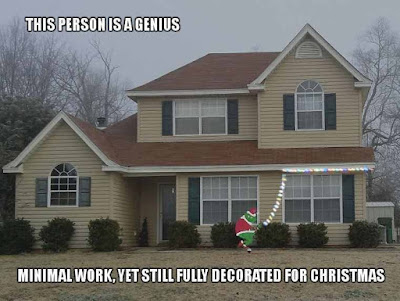 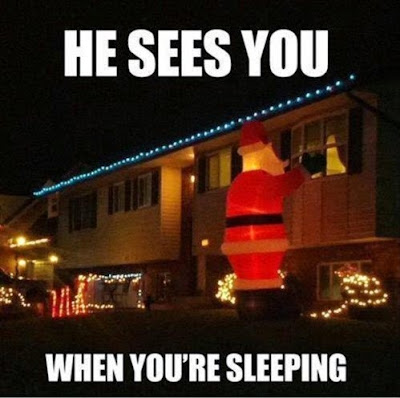 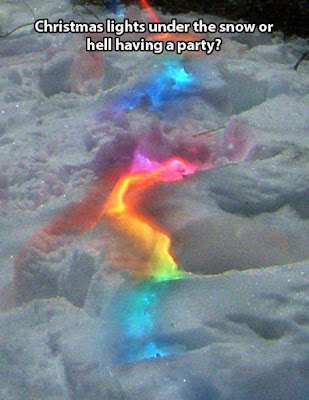