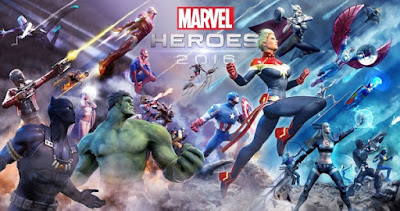 I won't typically do back to back posts on computer games but we have some overlapping events this week - it's a good problem to have!

Before we get into the event details let me say something about the game: It is truly free to play. You can play any of the heroes in the game (55 of them right now)  up to level 10 then choose one to uncap (playable to level 60).  The second day you log in you will be awarded 400 eternity splinters (the in-game means by which you buy heroes) which is enough to unlock another hero for free. With the event below you can also pick a free Iron Man or Captain America as well. So there's potentially 3 free heroes as of the second day you log in to the game. Eternity splinters both drop regularly during play and are awarded as part of the log-in rewards. There are heroes that unlock at 200, 400, and 600 splinters. June is the anniversary month for the game and there are typically a ton of giveaways during that as well, including a free hero at some point. With May full of Civil War and June full of anniversary it's a great time to join in and find out if you like it.


The Civil War tie-in is MH's biggest event yet. I'm just going to cut and paste the info below:

Starting this Friday, May 6th, we will be kicking off our first event of the month and will continue through the coming weeks.

5/12 - 5/19 - MARVEL HEROES: CIVIL WAR PART 2!
5/19 - 5/26 - MARVEL HEROES: CIVIL WAR CONTINUED!
It's a pretty slick game. It's not one I play for six hours in one sitting but you can jump in for an hour here and an hour there and have a good time. There are a lot of resources online about missions, characters, builds, etc if you do get into it. It's family-friendly as there's not a bunch of blood etc so it can be fun to jump on with the kids and run around as a team. It's also life-friendly as I mentioned above - you can jump in for short runs and the game works just fine. It's not a complete City of Heroes replacement but it does let you team up with a group of fellow heroes and run the streets fighting bad guys and that's a great thing to have again.

Edit: And of course later on the day I post this it turns out there's a new "new player experience" coming as well. Take a look here.

Side Quests - The Old Republic's May 4th Celebration 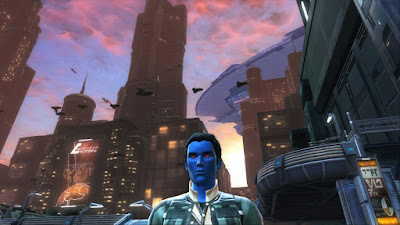 I try not to shill too hard for these kinds of things but I've been getting back into SWTOR and they do have a nice set of bonuses going on right now:

Based on those perks, if you're at all interested in some Star Wars computer RPG action it's a great game with a great story for each of the 8 classes and it is completely playable as a free player.
Posted by Blacksteel at 8:34 AM 2 comments: 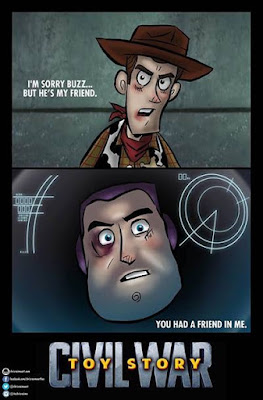