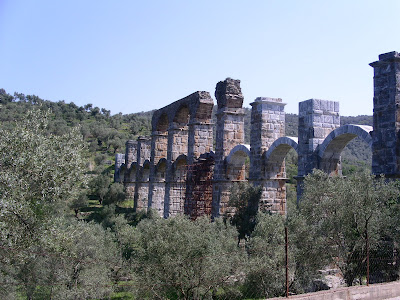 Setting out from Loudwater the party follows a very obvious trail left by the goblin raiders. Moving almost directly south they soon come to an area of forest known as the Southwood. Soon enough they find the trail leads into an area of tumbled stone ruins. The work is clearly dwarven and the barrow is rumored to be part of the old dwarven kingdom of Ammarindar.

As they venture into the ruins Apollo (the Elf Ranger) notices that something doesn't look right about a large area ahead and warns the party to skirt around it. The Druid then spots a loose stone near where the tracks stop and moves it, revealing a ladder that descends into darkness. After a brief discussion the party climbs down.

At the bottom is a small dark room which seems to be a dead end but they soon feel a draft coming from one end and discover a secret door which they open. Ahead is a large rubble-choked room which slopes up to their right. There is some indirect light but the area is not well-lit. At the top of the slope stand 3 large dwarven statues. between those statues stand a pair of goblins who have not yet noticed the party. The group stealthily moves out and prepares to take out the guards

Charging forward the Dragonborn Paladin slices into the nearest goblin to open the battle. He strikes hard but the goblin does not fall - clearly these are not the rabble they fought back in Loudwater. The Elf begins firing in support while the Dwarf moves to engage and the the Druid begins casting storm spike. A vicious melee erupts as  more goblins move in from out of sight including some kind of wizard who blasts from a distance with stinging and blinding spells.This fight goes hard for the heroes as the Paladin goes down and the Elf is constantly fighting off blind spells, interfering with his archery. The dwarf takes a beating until he eventually goes down after using up his healing abilities (Inspiring word from dwarf to Paladin- "By the gods you suck! Get back in the fight!) and even the ranger drops at one point, leaving the bloodied druid in beast form trying to slay the last goblin warrior and drive off the wizard before he drops and his friends all die. After many exchanges (and much dodging of wizardly blasts) he  rips into the last armored goblin for one final time, slaying him, and causing the hexer to flee through a set of doors at the other end of the room. He quickly attends to his companions and they stagger to their feet, wondering if this was such a good idea after all.

DM Notes: This was another very long fight, 13 rounds, and was almost a TPK. Part of the problem was that the players last fight against goblins included some minions and this one did not. Plus it is intended for 5 PC's and we only have 4. Now that being said it's also intended for a level 1 party and ours is level 2. Either way it's a level 4 encounter which seems awfully tough for the second encounter of a new campaign. So it's higher level AND the party is outnumbered by 1 and there are no minions. The party was also reluctant to use their dailies because of the easier fight last time against the goblins - we don't need to use them they're just goblins! Of course by the time 3 of them were on the floor they were thinking a little differently but it was too late by then. Scouting this one out earlier I had not really thought this would be a super tough fight but the restricted terrain - there is really only 1 square clear for movement between each pair of dwarf statues so if the goblins block them the Goblin Hexer can stand back and blast pretty much at-will. He managed to keep the elf in enough distress that there was no return fire. The party's decision to fight in between the statues made a big difference here. It's an interesting but very dangerous tactical situation. Hopefully they are learning.

Next time - behind the big doors...
Posted by Blacksteel at 1:18 PM No comments: 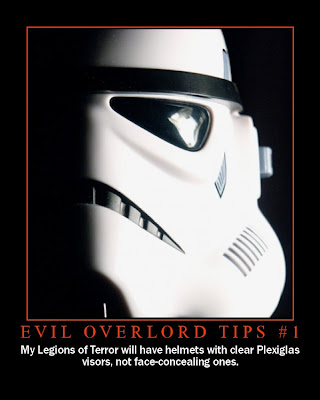