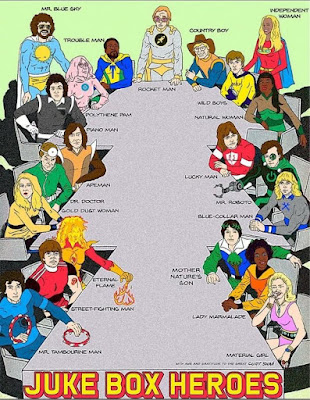 Posted by Blacksteel at 9:00 AM No comments:

40k Friday - Catching up on the Blood Angels 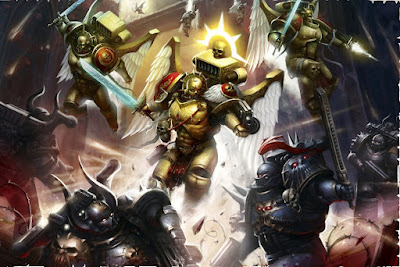 I was looking over the shelves last week and realized that while I have a pretty decent set of painted Blood Angel units I somehow have managed to not have a finished, painted squad of sanguinary guard, nor do I have a fully painted unit of death company. It's a weird gap. I haven't played them recently but I want to and so with some time off next week that's the current goal - get those two units built out and basecoated and then see how far I can get with finishing them.

Loadout will be 9 swords and power fist just because that seems pretty flexible. I will probably build 5 more with axes since I have the models and might want to mix them in the future.

I am very interested in mixing in some inferno pistols but I'm not sure it's really worth it. I like the idea of being able to jump in and vaporize a tank or cripple a knight but they are 5 points apiece, and then it would make sense to give them fists as well if you're going after the big targets and there's another 5 points so now they running about 50% more expensive than normal. Maybe the 5-man axe unit gets infernos instead to keep the cost down - BA's would be wounding vehicles on a 4+ anyway so it might work as well. Fists would hit on a 4+, wound on a 3+ while swords and axes would hit on a 3+ and wound on a 4+, barring other modifiers.

Sure, sending them in with the warlord would give them the easy +1 to hit but I'm not sure that's what I want them to do. Maybe if I'm going with a smash-captain anyway but I'm thinking death company with thunder hammers would probably be better for that.

So settled on the melee for the most part but still need to sort out the guns. 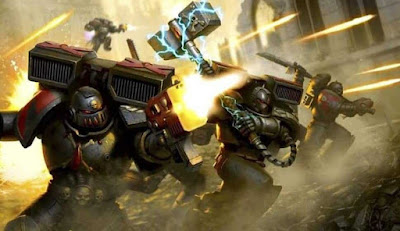 Death company ... I have a ton of these guys both old metal and current plastic and I actually disassembled some of them to retool them for 8th edition's awesome option of bolter + chainsword ... which went away with the 9th edition codex. It probably should have as it's never been an option before to give them full ranged capability and full melee capability, but it was attractive enough that  I got sucked into chasing that particular meta ... and now I get to change them back. I should know better but insert eyeroll here.

Loadout for them, well, I'm starting with a back-to-the-basics ten guys with bolt pistols and chainswords. Once those are in playable shape I'll start looking at other options. I know I want  some power weapons to mix in and the idea of a 5-man unit with all thunder hammers is too attractive to let go. I'd like to get in a few games with them and see what they can do and then mix in some options.

I also need to look over the character options as well. With 9th restricting marines to one captain + one lieutenant  per detachment I do like the idea of cheating past that with the death company versions since they do not count against it. It seems like at least one plus Lemartes and/or Astaroth would work alright, especially if I'm bringing multiple squads. 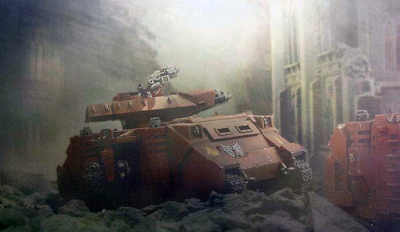 Those are the main 2 units I want to focus on for now. I do have some others in the backlog though.

I finally settled on a new paint scheme so now I can finish the primaris stuff I picked up and built and primed but was holding off on this year. It's mainly using an army painter red so I can match up spray and bottle paint to try and get this stuff done. I don't need it to win awards, I just need it to look like I had a plan and come out "good enough". If the weather will cooperate I should make some good progress this month.

The Time Traveler's Codex for Mutants and Masterminds 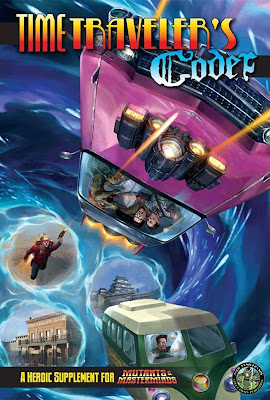 The latest book for M&M in a system which has quite nicely - and rarely these days - been growing this same edition since 2010.

Aside: looking back I thought I had covered these books more extensively but I really have not. I should probably fix that soon.

To play an M&M campaign you really just need the core book - specifically the Deluxe Hero's Handbook. There is a Basic Hero's Handbook but it's more of a starter kit in a lot of ways - I reviewed it here.

Everything beyond that is optional. Need some supervillains? There is Threat Report and there is also Rogues Gallery. Need a setting? There is Freedom City and also Emerald City plus Atlas of Earth Prime for the bigger picture. Need a breakdown/examples of how powers work? Power Profiles is your solution and the Gadget Guides book is pretty damned useful too. There is a ton of support available if you want it.

Some of these are more optional than others though, I would say. Most campaigns will have at least one super-team so the Superteam Handbook should be handy for a lot of GM's, alongside villains and setting material. In contrast Hero High seems fairly specific: if you're running a teen heroes game then sure ... if not, well, it's probably less useful.

The Time Travelers Codex to me falls right into that "specialized" category of super-supplement. Sure, a lot of campaigns will have -some- time travel at some point. But ... will they have so much you need a whole book on the subject?  I'd say that's mostly up to the person running the game and possibly the players. If you weren't planning on it but your game suddenly veers off into Legends of Tomorrow then it's a good resource to have. If you're just dropping in a killer robot from the future as this week's challenge then it's probably overkill. 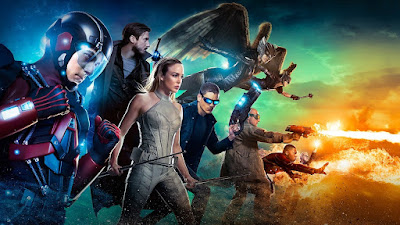 Let me say this is a fine book, as thorough a treatment of the subject as I've seen in an RPG supplement. The closest thing I can compare it to was the GURPS Time Travel book from back in the 90's and this is better for M&M players as it's specifically aimed at superheroes and the tropes you get with comic book time travel.

The first section discusses how time works, specifically how you want it to wok in your campaign. This is mostly conceptual, as in "how much can travelers actually change history?" along with some mechanical options.

Chapter 2 covers the time travel campaign  - approach, power levels, advantages, gear, time machines (!), and archetypes - you will see some familiar concepts here like "Quantum Alien" and "Warrior from a Grim Future". It's the most mechanically useful chapter in the book.

Chapter 3 is all about gamemastering the special thing that is a time travel campaign and the challenges it presents. There is even more here about how time works and who might care when you start messing with it, and some villain archetypes that fit this kind of game ... including, yes, the killer robot from the future.

Chapter 4 "The Heroic Eras" which breaks down concepts, styles, and some rules guidelines for each of the big comic book ages: Golden Age (including notes on Emerald City in that era), The Silver Age (plus notes on Freedom City then), and the Iron Age (comic book iron age, not historical iron age) including New York City at that time.

Chapter 5 hits all of the high points on the general time travel wishlist: The time of the dinosaurs, ancient Egypt, the Roman empire, the Islamic golden age, medieval Europe, Ming dynasty China, the height of the Aztecs, the golden age of sail, the wild west, then a near-future cyberpunk era and it closes out with a take on post-apocalyptic earth.

This is why it's a great book: The conceptual stuff on how time works and flows and how it can be screwed up are great in a general sense and got me thinking about the "rules' of time travel for a campaign. Then from chapter 2 on you start getting practical things like what kinds of characters might work well in that game and what kinds of opponents you might encounter. After that chapters 4 & 5 give you actual places to go with those characters to face off against those opponents ... all while trying to either fix history or at least not break it according to the "rules of time". So it's not just a bunch of theoretical discussions - it includes actual useable material for a real game and that puts it over the top for me.

I've had a campaign written up for decades now that starts after the end of the world with clones of the heroes waking up as an emergency failsafe but with damaged memories who then have to figure out what went wrong and how to stop it and then take a little time trip backwards to prevent it. This book will let me flesh that out quite a bit more and make it even better.

So I'm glad I bought it. I don't have any immediate plans to use it but I definitely have some ideas on how to use it - and that's where it all starts, right?