Hey, there are links right over here!

There are also the various SRD sites listed off to the side there and those are handy too.

Well this one is fairly easy. There are a bunch of games I am not playing right now that might get played again in the future, so I am going to take this as "... no longer play and are unlikely to play again." That does make it a lot easier. 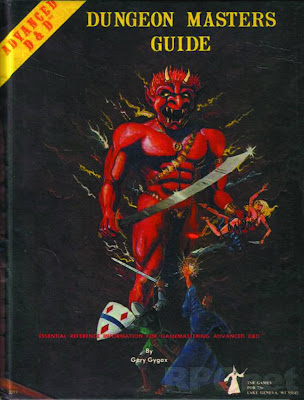 I spent a lot of time playing AD&D in the 80's. We had a blast and it was the major game that formed the baseline of what "RPG" meant to me. I bought the books, read the magazines,  painted the miniatures, wore the t-shirt, and fought through innumerable adventures for a good 10-11 years, from elementary school into the college years. When the next edition came out we moved on to it and never looked back. That's sort of the problem ...

I haven't sat down to run a 1st edition AD&D game in over 20 years. I haven't played one either.  I loved this game when it was "the" game but I've never thought the mechanics were the peak of game design for all time. Everyone I played with thought 2E was an improvement and moved on. We all moved to 3E when it came out too.

When it comes to nostalgia I've considered running an old school game but when it comes up B/X D&D is the game of choice as it's simpler, cleaner, and faster. Goblinoid Games managed to add in most of the good parts of AD&D into it with their Advanced Edition Companion for Labyrinth Lord.
So there's not much need to go full-retro with AD&D just to be able to play a dwarf cleric. I suggested it to the Apprentices and they said "but we like Basic" and that was that.

For a while I even considered running Hackmaster, the older edition, which is a whole bunch of AD&D 1st & 2nd edition with some updates. No one took it seriously as an option.

While I may have some nostalgia for it, no one else is willing to spend some of their limited gaming time on an old, clunky game when there are other options, options they like better, available. So it seems unlikely, very unlikely, that I will ever run or play this again unless I stumble into a nest of old-schoolers  - and decide it's truly worth some of my limited gaming time. 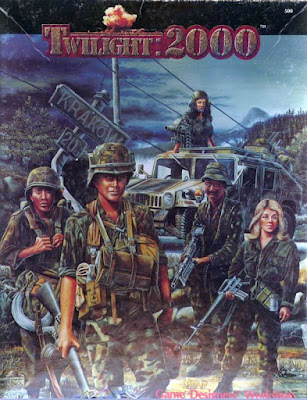 We had some really good times playing this game in the late 80's and 90's. You wouldn't think the end of the civilized world would be great for that but it was a lot of fun as a game. It was never the most popular RPG but it was my favorite game of that type.

This one is suffering from a similar yet different problem from AD&D. Tastes change and time moves on and my friends and the Apprentices are not terribly interested in the post-apocalyptic game as a genre anymore. With AD&D it's about the mechanics - the subject matter is still awesome, but the system has been surpassed. For Twilight 2000 the mechanics are fine, and being able to cut loose with an automatic grenade launcher from your humvee is still a cool thing, but the setting as a whole is just not something they care about.No magic,  no mecha, no powers, just normal humans and real-world gear. I'd love to run some of my current players through the epic published campaign but I doubt that will ever happen.

RPGaDay - Day 27 - Favorite Idea for Merging Two Games Into One

Well this is easy. Ahem:

It went well! The players liked it as it merges the concept of Necessary Evil (which we had started and enjoyed years ago) with the familiar environs of Paragon City (familiar because we were all multi-year veterans of City of Heroes). They dusted off their old characters and we jumped right in to a classic comic book retcon to move it over to the new setting.

Unfortunately it fell victim to logistics and the difficulties of having another standing game with all the complications of adult and family schedules.

I know it works, we like both the concept and the system, and one of these days we will pick it up again. 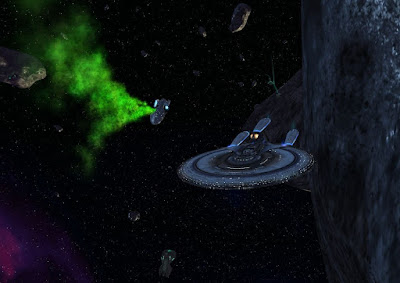 I've talked about my inspirations from some online games, mainly Star Trek and City of Heroes. I think that leads into a discussion of some easy places and sources of inspiration. 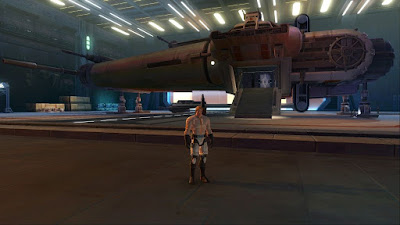 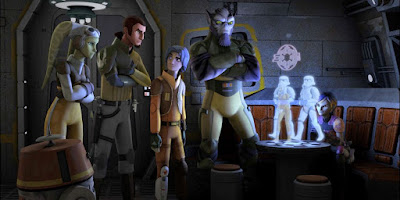 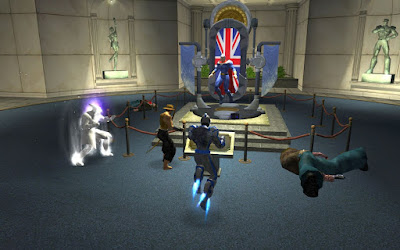 I'd say that's where my main inputs and outputs of inspiration are. The genre I run most, D&D type fantasy, I don't really look to other sources. I am not sure why, it just works differently for me. Part of it might be because I've been immersed in it more and over a longer period of time than these others. Part of it might be that  I run a lot of published stuff too. Regardless, it's working for me right now.
Posted by Blacksteel at 12:00 PM No comments:

There have been a lot of eyebrow-raising moments over the years when it comes to the "how" of making a game work. All of them were important to me at the time. A sample list in chronological order: 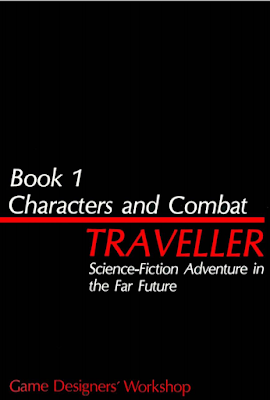 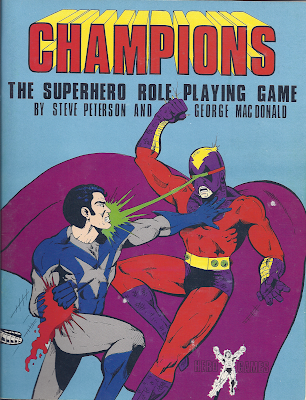 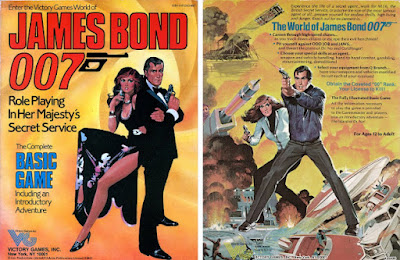 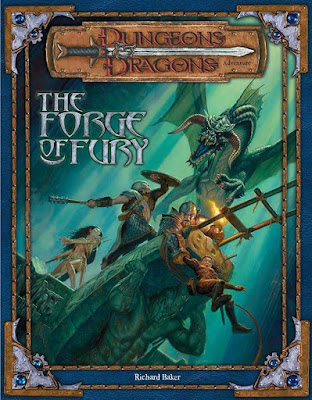 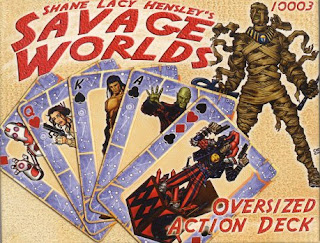 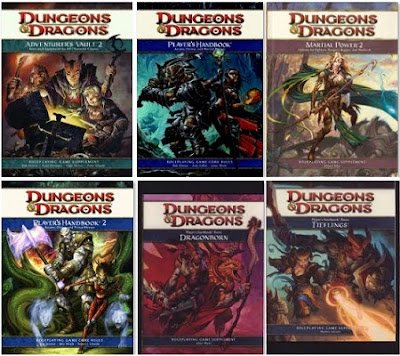 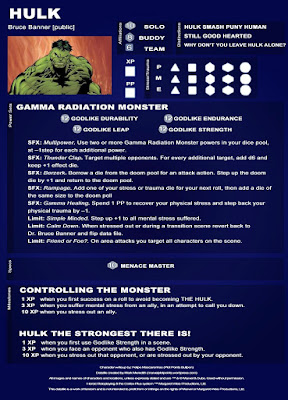 Well if we go by the one we used the most it's probably "4d6 and drop the lowest" for rolling up D&D characters going back to sometime in the 80's.

Other than that we don't usually need a ton of house rules, at least not a codified set of them. Lord knows Pathfinder has enough rules already. Savage Worlds works pretty well as-written. M&M does too.

I've played around with some tweaks for ICONS here. It's the kind of game that inspires some mechanical exploration.

All of my rules-related posts are here so I'll just let that stand as the rest of my entry for this one.
Posted by Blacksteel at 12:00 PM No comments:

I don't think there is a perfect game out there and in a way there doesn't need to be. in my experience games tend to be better when they specialize in a particular style or genre or level of complication. There's no reason to limit yourself to one game or even one system.


I love the wide range of games we're seeing now, from simple PDFs to 500 page full color hardbacks on every subject and setting you can think of and so widely differing in mechanical approach you might wonder if they're even  in the same hobby. 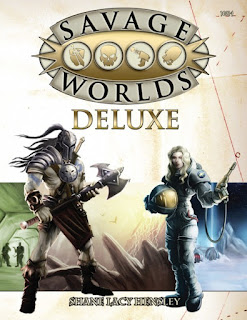 All that said if I had to narrow it down to one game it would probably be some yet-to-be-distilled combination of Hero for flexibility and Savage Worlds for play-ability.  I'm not sure what it would look like but if I'm using existing games as a guide that's where I would start. 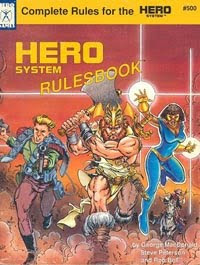