Planning for 2018: The Miniatures 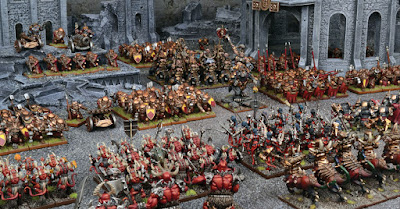 With the resurgence of Warhammer 40,000 last year it was somewhat easy to maintain focus as we were rally only playing the one game - everything else fell by the wayside as dove back in to 40K full time.

(Well, except for the RPGs - more on those coming later)

Now X-Wing, Attack Wing, and Armada are virtually painless as "side games" as they come pre-painted and have all of the relevant rules included with the model, I don't need to build them, I don't need to paint them, and I don't need to buy an expansion book to run them. The only downside is that I am a little less attached to them as I didn't paint them. Now you can paint them or customize them: 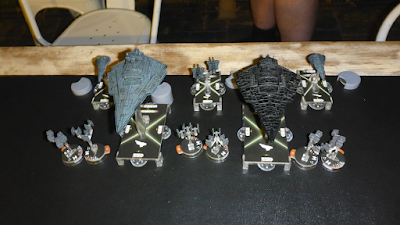 ...but that does eliminate the huge benefit of being pre-painted. One of these days, but not right now.

This month, though, I have re-discovered Fantasy mini's via Age of Sigmar: The Second Look A Few Years Later much like I did with Pathfinder and 4E D&D and 5E D&D. Sometimes it takes a while for things to sink in...

So how to manage this? I'm still building and painting armies for 40K and now I'm charged up about this Sigmar thing and looking at what I have for that has also re-sparked my interest in Kings of War. How do I make usable progress on armies for these games instead of ending up with a bunch of half-efforts? Let's look at it in the context of "2018". How do I get things done for all of these games this year? This guy has a pretty good idea: Nick Williams blog post. It took me forever to get a full, painted Warhammer army together. I got my first set of Warhammer rules in 1984 (second edition) but didn't play a ton in the 80's and when I did it was with my Battlesystem counters or with other people's miniatures at Cons. I had multiple armies in the 90's, mainly High Elves and Orcs, but only some of them were painted. I finally got my Chaos Warriors organized, built, and painted in the early 2000's during 6th edition ... and they are still my only fully painted fantasy army! Those same High Elves and Orcs now form the core of the Kings of War armies for blaster and myself and yes, they are still only partially painted.


So, limit games and try to finish one army - I can work with that. I just have to decide which one!

Games is fairly easy: 40K is top dog, with Kings of War a neglected favorite and Sigmar my current obsession. 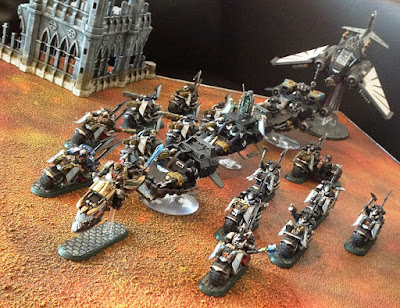 Armies:
That's the plan for now. We will see to what degree I can stick to it. Maybe I can work up some kind of split schedule where I work on two armies per year - start one this year, finish up the one from last year, play both as the year goes on. That would be nice.

For 40K I'd like to finish the Blood Angels but I'm reading a bunch of DA books so they're more in my head right now. I love my Orks but I've made a conscious decision to set them aside until their codex comes out. Death Guard are an army I go back and forth on so they may show up at some point too. 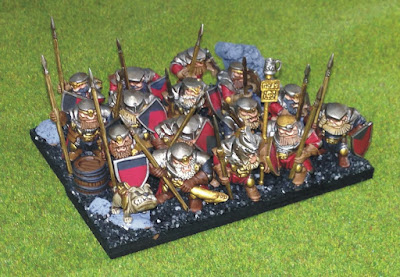 For fantasy in general I've always wanted a dwarf army and I'd say a Mantic Dwarf Starter is in my near future, probably for KoW. It's easier than hunting down an old Warhammer dwarf force unit by unit. I'm also liking the idea of an undead army and I'm thinking a more VC-type force for Sigmar and rescuing some old Tomb Kings stuff for a KoW Empire of Dust army. Not sure how far any of that will get in 2018 but it's good to have a plan, right? 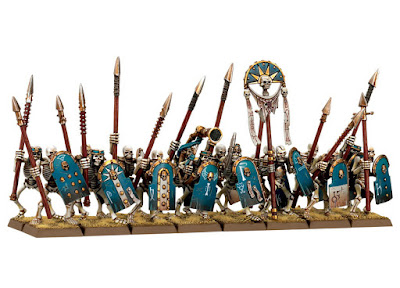