After experimenting with Chaos a week or two back it was time to get back on the Imperial side of things. Apprentice Red and I played two battles featuring his Necrons. In this first one I brought back the men in big yellow power armor, the mighty Imperial Fist Deathwing army!

This was a 1250 point fight which is about as much as Red can field without gold-plating his units. That's going to be a tight budget for an all-terminator army but I came up with something I could live with:

Red ran 3 units of warriors, a unit of destroyers, a unit of wraiths, and a monolith, all led by a tooled up Overlord.


The setup was "Emperor's Will" so only two objectives on the table and we got the long setup. Having only 3 scoring units in my force I realized I was going to have to focus on defending my own objective with maybe some chance of knocking him off of his with my bikes. I setup Belial and the shooty terminators on the objective (that star thing), put the Ravenwing squad behind the ruin, reserved the attack bike, and delayed my Deathwing assault until Turn 2. I was going second so I wanted to give my small force a chance to survive. If things are going my way I'll drop a hammer squad on his objective and try to take/dispute it but they will probably help secure my own.

Turn 1
Turn 1 was fairly quiet with some moving and minimal shooting. Score is 3-3.

Turn 2
Then we get to Turn 2 and his monolith drops in - looks like we'll be fighting this one in my half of the board! It shoots up the gun termies as the wraiths close in. The Deathwing units drop in on target (thanks tp homers!) and we have a party now! Still 3-3.


Turn 3
I'm seeing a trap about to close here but my troops are really tough - challenge accepted! One squad for the wraiths, the other for the destroyers, and bikes for the monolith.

Turn 4
The Monollith opens up the gateway of infinity and sucks in the bikers - revenge! -  and there is another ton of shooting and one hammer unit dies as does Belial. That means we both have Slay the Warlord I am still holding my objective though, as is he. Now up 5-4.

Turn 5
The monolith drops another unit of warriors then parks right on the edge of the woods.. The last two THSS terminators walk over and destroy the destroyers. I am up 5-4 and the game continues.

Turn 6
There is a lot of shooting and the attack bike dies but the termies hang on and back away from that stupid gateway. Still up 5-4 the game ends on Turn 6. 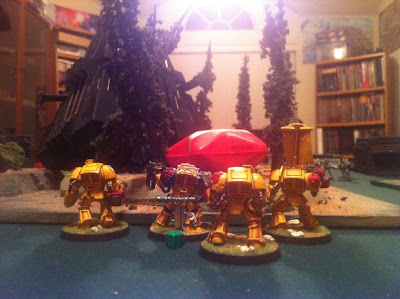 Conclusions
This was a tense game and I felt like I was on my back foot for most of it. The monolith deep strike followed by warrior-dumping was an unexpected and tough challenge for my too-small force. I was never a threat to his objective. Some of that is the nature of the army I chose - terminator armies are always going to be smaller than most opponents. Some of it though was just a very aggressive plan on Red's part and it almost worked. He thought that his monolith counted for linebreaker and that he had a tie, but it turns out you have to have a scoring unit in the enemy deployment zone, and after I wiped his destroyers out he backed up that other unit of warriors to just outside of the zone! That one miss took him from a tie to a loss. Lessson: Know The Victory Conditions!

Fun stuff
The divination librarian was pretty effective in helping with re-rolls,  The hammers proved just as effective as expected, wiping out units in a single round of combat.


And a general note: does everything in the Necron army have to be different? Most armies have at least some standard gear but I swear, the Necron units and wargear and special abilities all have to have some funky thing that doesn't work like anything else. We spent a lot of time looking their stuff up in the codex and working out what it meant.

Anyway, another victory for the Imperial Fists! Tomorrow: The Crimson Fists get their chance!
Posted by Blacksteel at 12:00 PM No comments: 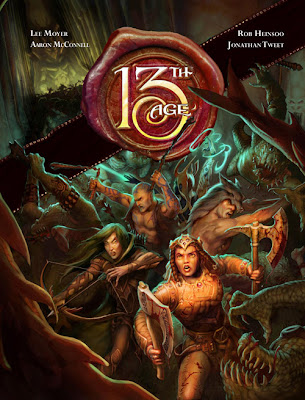 Well,  this is the hot new thing among the D&D Alternatives. The big release (like so many others) is next month.  I've glanced in on it a few times over the past year but was not in on the playtest and haven't played any of it. Now I have picked up a copy of the playtest rules and reading through them I am interested.

Mechanically it seems like a pretty good mix of traditional D&D stuff with most of it tied to 3E or 4E type resolution. But it clears away a lot of the 3E clutter while moving sideways from 4E in other places. Keeping races, classes, a skill system of some kind, feats, and the general d20 + modifier seems almost essential. Dropping the grid-based assumptions clears a lot of the mechanical complications away, and less rigidity on the balance front lets some of the flavor that 4E gave up (consciously) come back in. I'm going to spend a few posts looking at some of the aspects of the game that caught my eye and started some thinking here.

The Icons and the relationships with them is a great idea, codifying something that's been floating around in some other games but never really incorporated into D&D. The idea is that there is a set list of powerful entities in the campaign and a character has a few points to spend to identify relationships with those entities. These are categorized as "heroic", "ambiguous', or "villainous" and a character could have a "positive", "negative", or "conflicted" relationship with their chosen icons. Specifically a starting character gets 3 points to spend here and they could concentrate on a single icon or spread them around. The mechanical effect is that when desired a character can roll a d6 for each point and each "6" indicates some kind of benefit from the relationship and a 5 indicates a benefit with a complication.

I won't get into the specific Icons used in the book because to me they are heavily setting-dependent and I'm more interested in some existing settings than the one included with the game. For a Greyhawk campaign this would let players define relationships with say, the Grandfather of Assassins, The Overking of Aerdy, The Circle of Eight, etc. with an actual mechanical effect which could liven up sessions in a fun way. It would work for the Realms as well, and could be very effective in a Dragonlance or Dark Sun game.

In the rules these examples are specifically powerful individuals, leaders and rulers of nations and races. I can see experimenting with using this with organizations, though I think making the focus the leader of an organization keeping it more personal. I can also see adding a layer for the gods, or their high priests or temples to help bring out the religious elements of the campaign world.

As an old Champions player this looks like a simplified Hunted/Rival/Ally/Sidekick system which is a good thing for any game! It's not as mechanically involved as that but it accomplishes similar goals in helping the players tie their characters to the world and tell the DM what kinds of friends and foes they want to see in the game.

I can see some fun with a system that expands by level/tier - starting out the "icons" might be the ruler of the local town, the head of a local temple, the leader of the local elf kingdom, the head of the merchants guild - keeping the focus more local and keeping things more in line with the way a lot of old school campaigns run at low levels. At the next tier that might expand to national figures, then finally to world/planar figures like the king of the fire giants or the princes of elemental evil. Mechanically it might be handled by giving a new pool of points at each tier to define relationships with the new group of icons.

Now I can see this whole idea being out of step with some old school principles, mainly that it assumes a starting adventurer is important enough to have come to the notice of the movers and shakers of the world before the game begins. That's not how it worked in the old days - you were a nobody and had to earn your way to fame and hobnobbing with the powers of the campaign world. I've been slowly moving away from this view myself but I do understand it. I think this system still has a place though. I would just adjust it so that instead of having a pool of points at 1st level I would award one when hitting certain levels - maybe one at 3rd, one at 5th, then one at 7th (this game only goes to 10th level so the range is compressed a bit compared to classic D&D). This would keep the characters as relative nobodies at the lowest levels and let them gradually come to the notice of the bigger fish as they earn it by leveling up during the game.

This approach would reverse one important element though: selecting these relationships during character creation lets the players drive some of the campaign focus right from the beginning. Choosing them during the level up process means that the campaign will be driving the choices as I suspect players will spend their points on the icons that are already a factor in the game rather than trying to drive the campaign in a direction of their choice. It shifts things from a proactive approach to a reactive approach, from the player perspective. That may be a desired result for some groups but  it's worth considering before implementation.

I do think there needs to be a set list of icons for the campaign and it needs to be a fairly small number. In the rulebook there are 13 and I think that's a good number to target. If you expand it too much or leave it open-ended and let players choose whatever they want then it dilutes the focus and lessens the impact. This is where the DM gets to lay out the potential focus of the campaign by deciding what's on "the list" and the players get to narrow it down with their choices from that list. 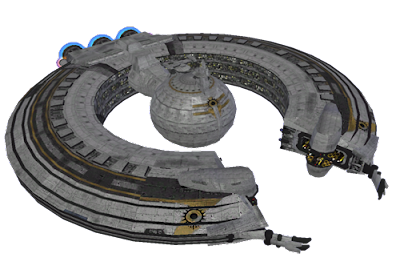 
So it's a cool idea that works outside of the D&D style game as well. I think that's a strong indicator of goodness. I have some desire to link this to Dawn of Worlds to build a brand new campaign world from the ground up with my players. It would be an interesting exercise at least, nailing down the icons for the RPG campaign during the world-building game.
Posted by Blacksteel at 12:00 PM 2 comments: 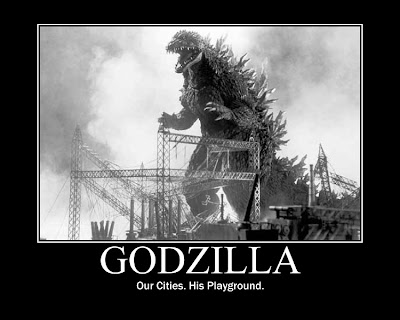 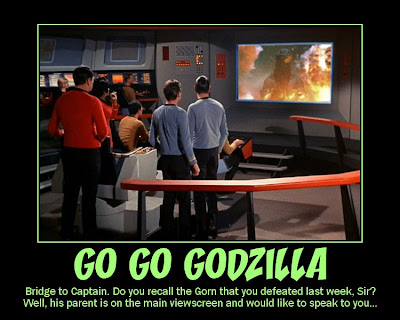 Posted by Blacksteel at 9:33 AM No comments: