As a general statement I think that most new editions of most games are welcomed by the community of players. I don't recall anyone in my circles saying that they'd rather go back and play OD&D instead of AD&D. I don't recall anyone wanting to go back to AD&D 1E after 2E came out - we looked it over and decided it was good and switched over. In fact I remember a con in the DFW area in the early 90's where AD&D PHB's & DMG's were being offered in an auction for a dollar and there were no takers - and it was a big pile by the time they were done. I think it was the '93 Origins in Fort Worth but I could be mistaken. If it was then 4 years after the release there was no interest at all at a major con in material for the old edition. Third edition was the same - we read through and started or converted every campaign in our group because we knew it was "better". D&D 4E was the worst time I saw serious backlash in a new edition of an RPG, although Twilight 2000 2E and Traveller New Era were pretty bad too - pre-internet anger was not quite as evident as these things are now.

Warhammer 40,000 has been mostly fortunate with its edition changes. Rogue Trader was a revelation as a game but it was not a neat and clean tournament-style system. It was more comparable to OD&D in that it was fairly open to tinkering and interpretation. The Second edition was a much tighter set of rules though it was far less RPG-like and the universe was more defined and less fuzzy around the edges. It was still pretty focused on powerful characters and they had many options. Third edition came out and was radically different - the turn structure went from 4 phases to 3. Characters were nowhere as powerful as they had been previously. Vehicles were much more common. The 4th and 5th editions of the game have continued this trend though characters have become more important in 5th than in the prior editions. They are still nowhere near the army-smashing gods of 2E though. 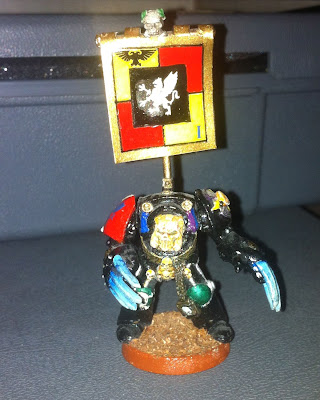 The picture up above is High Chaplain M'Benga, the baddest character I ever ran in 40K second edition. The terminator chaplain miniature had just come out and I thought it was a cool idea but that he needed an upgrade over the standard chaplain weapons. So I gave him lightning claws (which were extremely nasty back them - something like Str 8, d3 wounds), geared him up, and turned him loose. Here's the card I used when I played him(Yes I pretty much made up a "character sheet" for my major characters and kept them from game to game): 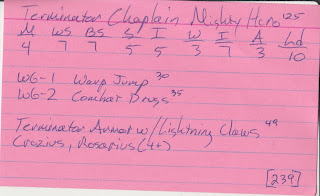 He was a lot of fun - teleporting around the battlefield tearing up anything he met. He was probably a reaction to a game back in the RT days where an Eldar Avatar ended up killing every single unit in my army - the big battle was my (non-terminator) chaplain going at him one-on-one as he was the only thing in my army that could wound it and he was killed before he could do it.I was determined that would never happen again. I think my background had M'Benga being the badly wounded survivor of that battle, sharing the same determination.

Then the 3rd edition marine codex comes out and he could, though it was very expensive points-wise - alright.

For 4th edition it was the same.

Then for 5th it went away again.

I said to heck with it and started playing Orks.

It could be worse - the entire Squat race (space dwarves) disappeared from the 40K gaming universe after 3rd edition. People sometimes use them to represent other armies that are still in the game, but it's not quite the same.

So as D&D Next starts to appear on the horizon, 40K Sixth Edition lurches toward release, and I see some definite similarities - in the past both have removed races from the game, both have undergone radical mechanical changes, the prices on both seem to rise with every new edition. At least with D&D your wizard mini painted in 1985 is still game-legal if you want to use it. Not everything has been so fortunate. 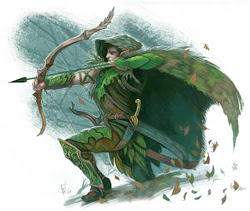 Looking back I was never demoralized about my AD&D Ranger not really being playable in 2E. I suppose he would have been but his sword & board & plate mail didn't really fit with the two-weapon / light armor style of 2E rangers. Same with Brutallus Maximus II, a specialty cleric of Tempus, not really being the same in 3E. With RPG characters I don't really sweat the mechanical issues - we tend to start new games with new characters when a new edition comes out so maybe it just doesn't come up for us. 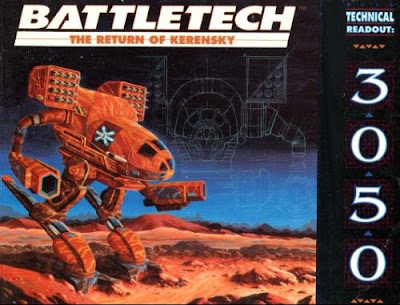 In Semi-RPG's the change that stands out in my mind is the Clan Invasion in Battletech. Battletech was a very popular game in the mid to late 80's. Boardgames, miniatures, novels, an RPG - it might have been the #2 game overall after D&D for those years, at least locally. In 1989 the hints started to drop of something new and by 1990 it was in full swing - the post-apocalyptic feudal states of the Inner Sphere were being invaded by high-tech genetically engineered warriors from a militarized society outside the boundaries of known space - and people hated it. Not everyone, but at least a vocal minority of the players refused to play anything that had to do with the clans. The BT universe had an advancing timeline through the novels and supplements with the game starting in 3025. The clan invasion started in 3050 so many players capped their game timelines prior to that. The changes to the rules and the universe did inject some new life into the game but it was a controversial change that had a mixed impact on the players. To this day, some players refuse to play "clan-tech". 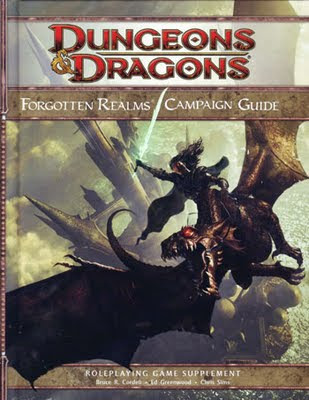 You'd think this kind of backlash might stand as a lesson, but not to everyone. Exhibit A from recent history would be WOTC's "update" of the Forgotten Realms for 4E in 2008 - there are still plenty of people angry about that one too. I think it helped kick the legs out from under 4th edition in a significant way too, beyond the mechanical changes.

Anyway that's enough rambling. New editions of any successful game are inevitable, I've come to accept that, and that they will not always be 100% improvement - sometimes you get some lateral change or even a step or two backwards in some areas. However, I've also come to accept that I don't always have to "upgrade" and play them, especially nowadays with the internet and the communities that form around some games. The edition cycle seems to grow shorter each time, to the point that I wonder if we will someday see the 2015 rules for 40K being replaced with the 2016 rules and then the 2017 rules - annual updates would at least be on a predictable schedule. Hopefully they would also be cheaper, maybe even a free PDF. Probably not, but as we move into more and more of an online/PDF/Tablet + App environment I expect things to continue to change. We shall see.
Posted by Blacksteel at 3:00 PM No comments: 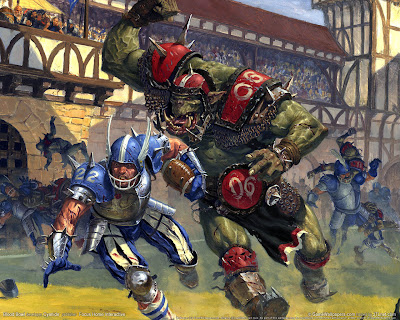 ...to watch the NFL draft.
Posted by Blacksteel at 9:28 PM No comments:

Well this was a strange read. Monte Cook has left WOTC and isn't working on Next anymore. Guess we'll see where that leads.

Then we get this and find out that the public playtest begins on 5/24. Alright, guess we will see where that goes too. 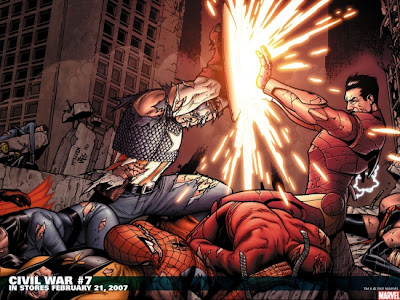 The end of May is shaping up to be interesting - I was planning to run the Apprentices through Civil War that weekend, now I may have to rearrange my plans a little.

No, this doesn't mean I'm abandoning the 4E campaign - I could probably run it for another 5 years and not run out of material. I probably need to run some more Basic too, it's been on the shelf for far too long, and I'd like my feedback on Next to be influenced by both ends of the spectrum.

Posted by Blacksteel at 10:12 PM No comments:

Stuff about Clerics from Mike Mearls:

Monte Cook has some thoughts here about Clerics vs. Paladins. I'm not going to break it down but there's a survey too so if you like Paladins, take a look and vote!

And one rules question of note in the Rule of Three:

Will the current system of standard, move, minor, free, immediate interrupts, immediate reactions, and no actions be retained, or is that something you look to change in D&D Next?

One of the things we're trying to do is streamline the player's turn a bit while still letting the player do something significant each turn. As of right now, we have a system that states that on your turn you can take one action, and then move up to your speed. Most everything is just an action; attacks, casting spells, activating magic items, etc. "Moving up to your speed" can also cover things like climbing, jumping, and standing up from prone within that movement. We believe this is going to accomplish our goal of making combat move faster across all levels, being easier to teach to new players, and also making sure that the kinds of effects we're putting into the game are big, meaty and significant so that you really feel their impact.

I figured they would probably do something like that. That's kind of how we ran it in 2E after being influenced by things like Shadowrun and other games. They've already said that the off-turn actions are what they think really slows down combat, but other than those you're really only losing Minor actions - by definition anything that doesn't take an "action" will be free. Going back to the Cleric, one of the innovations of 4E was letting leaders heal as a Minor action, which meant they didn't have to give up their entire turn to do it. Not sure how that's going to play out in this new system, but I hope they don;t go completely retro in this case.

Posted by Blacksteel at 7:16 PM No comments:


What’s next in the Marvel line? MARVEL HEROIC ROLEPLAYING: Civil War. The official pub date for both editions is slated for May 29, 2012. 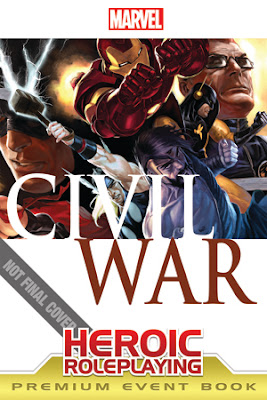 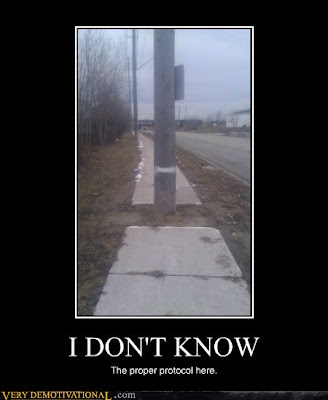