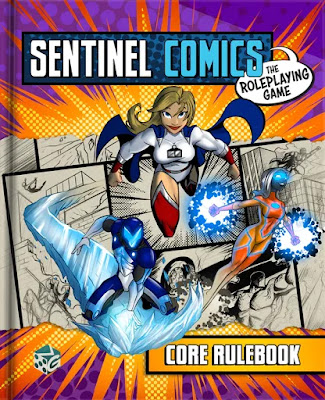 A lot of you probably already know about this but just in case the RPG based on the Sentinels of the Multiverse card game has a kickstarter that wraps up in a little more than a week. The campaign is here and it looks pretty good to me.

There are a couple of things I really liked about the original card game:

Here's a pretty thorough review of the Starter Kit that explains some of the mechanics.

Anyway it looks like fun and I thought I would help get the word out.

BatRep of the Week: Grey Knights vs. Tyranids


Posted by Blacksteel at 8:28 AM No comments: