It's a kid-free weekend here so not a whole lot of time to post but I have seen a few things:

From the DDXP this weekend:


They also mention that the FR stuff should be largely system-neutral. That sounds pretty interesting. I'm curious to see what it looks like.

As far as the second point - people are making money off of the old editions, why shouldn't WOTC get in on that?
Posted by Blacksteel at 2:18 PM No comments: 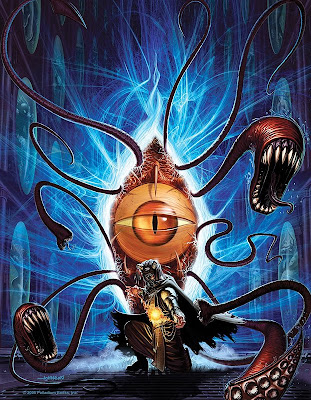 Finding some system that lets us play a coherent game of Rifts has long been a dream of me and some of my players. Hero is the obvious choice and will do it, but you have to have players that can accept a 300 point differential in character values and that's ... unlikely.

GURPS can probably do it too but that means a lot of time spent with GURPS vehicles and I did enough of that in the 90's. It is fun to hear people argue about what's realistic when trying to turn Rifts into something that fits into a formula though...

Mutants and Masterminds I am almost certain will do it but I haven't tried, and I think the power levels might make it tricky. Perhaps another day...

The best answer is to stop trying to fix it and just embrace the madness - it may have the DM pulling his hair out at times but once again it leads to awesome player justifications for why that horrible thing that just happened couldn't actually possibly happen "because it's not rrr...rrrr...rrr...this system sucks!" 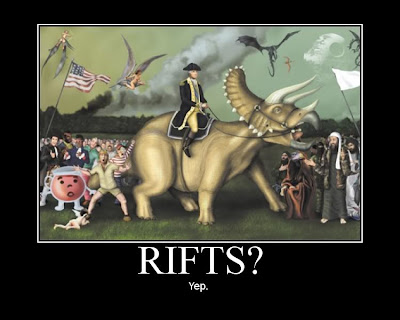 If you can't just ride the wave man ... well ... I've been having dreams about converting it to ICONS. Yeah, yeah, it's a little weird, but I think that the less detailed take of ICONS might be just the approach that handles the ridiculous levels of relative power without making the squishies feel overshadowed. You just assume that normal weapons are completely ineffective against everything in the Rifts universe and start with a rough conversion of something like weapons get half their dice as a power level and 1 level of Invulnerabilty per 100 MDC - like I said it's a rough idea right now. It keeps popping into my head though, demanding some kind of escape. Maybe if I just start with the main rulebook ... 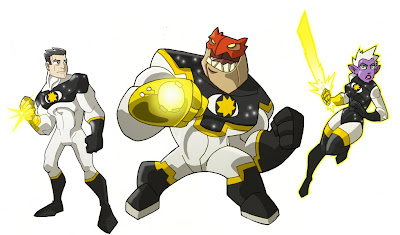 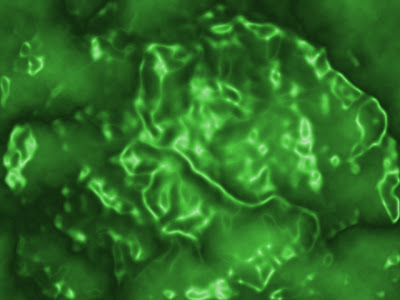 This was a short session but it was time to get things back on track. After the death of the Dragonborn Paladin last time we needed a replacement and this came in the form of a Dragonborn Sorcerer. Names have been omitted to reduce boredom and annoyance - this is the Apprentice campaign after all and they are still finding their feet with the whole naming thing. I will say though that they aren't any worse than a lot of the names I see and hear so I probably shouldn't slam them for it.

Much time was spent in Hommlett (in this campaign it's in Mistledale - see here for details) shopping, trading, haggling, and outfitting. Now better equipped and riding horses for the first time the newly reinforced party heads for the Moathouse.

Once at the Moathouse, they decided to head down the stairs to explore the lower level and were promptly attacked by Green Slime. Now this stuff used to be pretty nasty in AD&D, then it was changed to a hazard in 3E which was a little less satisfying in some ways. Well it's back in 4E and it can move and attack and inflict ongoing 10 acid damage if it gets lucky, so it's pretty nasty.  Three of them in a confined space like a stairwell is especially nasty, but they handled it very well. As the battle opened, we discovered that the Dragonbron breath weapon is pretty nasty in confined spaces too, and it just makes Po's defense boost that much easier to hang onto.

So in a 6 round fight the party cleans house without taking too much damage (no drops and no kills for Team Monster) and then fans out to explore the big empty room at the bottom of the stairs. That's also where we had to stop as our time ran out - Short rest, we will pick it up next time!
Posted by Blacksteel at 12:00 PM No comments:

The stack of game books next to the computer has been growing some - new year = new ideas. Feng Shui, Reign, Pendragon, Rifts Ultimate, and some 3E Necromancer games modules are all in there. So I'm getting a lot of cross-pollination. The main focus has been boning up on Star Wars Saga, but I've been having some strange campaign ideas so I'm going to share: 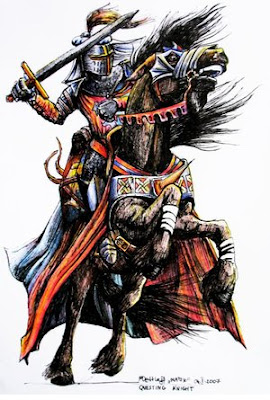 Idea I might try to run: A Pendragon campaign set in Warhammer's Bretonnia using the WFRP 2E mechanics but with Passions and the family thing grafted on. I need to re-read Pendragon as it's been quite awhile (that's why it's on the stack) but I've been obsessed with mixing it into Warhammer and I don't have a really good reason for that. I really need more time to run these things. 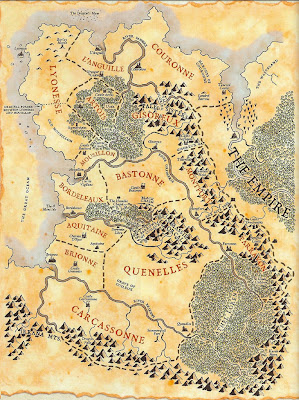 Idea discarded on Day 1: Converting 4th Edition D&D modules back to Basic D&D. It can probably be done and it would make a nice story to share, but I realized that was my main motivation to do it: to be able to say that I did it, rather than because I think it would be a quality gaming experience. So after looking at some monster lists and the like I let it go. The world is probably better for that.
Posted by Blacksteel at 9:51 PM 3 comments:

A Brief Note on WOTC Republishing the 1E Hardbacks 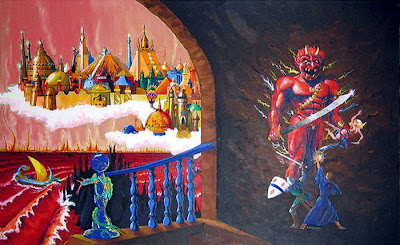 4E players probably don't care, annoyed 3E players probably won't be mollified by books for another game, and die-hard old-schoolers won't give them the time of ... what? Wow, I didn't think they were that easily appeased.

From a business perspective I can see wisdom in catering to pent-up demand. There's a seemingly healthy old-school movement that thinks AD&D was the apex of design (exeept for the parts they keep tinkering with)? Why not put some of those old products back into print? It makes your customers happy and makes them your customers again! I think they're stopping short -why not put some of every edition back into print? Look at the prices for 3.5 Player's Handbooks on eBay! Look at the sales for Pathfinder! Why not grab a piece of that action? Put the core books for each edition back into print, some of the bigger-deal adventures (or a bundle of the old adventures in a hard or soft cover book) and make some money! Do it year by year - make 2012 the 1E revival, 2013 the 2E revival, and 2014 the 3E revival. Make it an annual celebration of each edition leading up to the 40th anniversary of D&D! Quarterly at least! Try to make everybody who has ever played the game hear about it and think about it one more time - it might turn into some money. Plus it looks to me like the opening salvo of a barrage of olive branches to soften things up for D&D Next. That's a good move.

As someone who is more D&D focused than edition-focused and who has run multiple sessions of at least 3 different versions of D&D in the past few years I'm less impressed. My 1E books are in great shape - those things last - and the extra copies of the PHB that I picked up last year were all in pretty good shape and let me tell you, I didn't spend over $12 on any of them. So even now, AD&D rulebooks are both plentiful and cheap - why would I go buy a new printing?

Gamers are notoriously cheap. Beyond eBay and used bookstores there are PDF's of everything floating around for free plus there is OSRIC so I don't even really need any of those other options if I just want rules. Assuming I am someone actually trying to play the game there are all of these other options from free to cheap that get me what I need, so why would I buy a new printing?

If I'm a dedicated old school gamer who's been unhappy with TSR/WOTC/Hasbro since Gary left then I'm probably not going to trust anything "they" do to try and convince me to play anything less than 23 years old - or 30 if I'm Truly Oldschool. I'm just going to gripe about it online for now and see what happens.

The only reason I myself might buy it is because it's helping a good cause in the most obvious and appropriate way and I'm impressed that WOTC got on board with it in this particular way. I think it's amazing and it's the only thing that's going to convince me to spend money on a reprint of a book when I already have at least 5 copies floating around the house. So somewhat to my surprise I have a thumbs up for this - a big thumbs up. Nice job WOTC.
Posted by Blacksteel at 12:00 PM No comments: 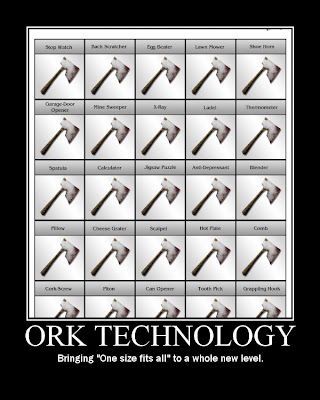 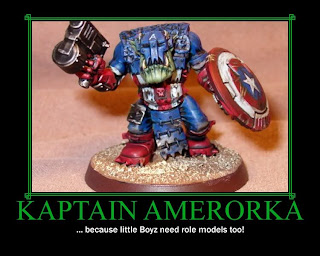