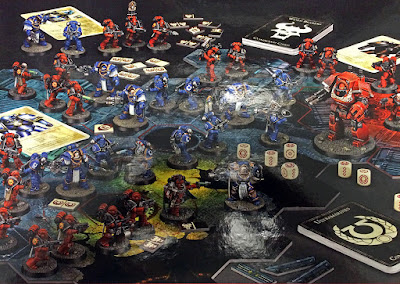 I haven't played 40K in months, so updates here have been sparse. I tried out the "new" Orks against Apprentice Blaster's Eldar and took the worst beating I've had in years - not sure I'm going to put that one up online. That was in August and we've done zero 40K since then. I have added units to some of the armies but even that has been down - not playing = not as anxious to build & paint.

I'll have more on the new acquisitions in a future post but I have seen one new 40K item that's coming out and that's the new Horus Heresy boxed set. 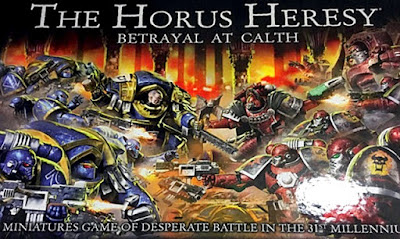 Details on the contents can be found here and I think it looks pretty interesting.


So while I don't exactly need "more marines" these are more interesting than basic tacticals. Mix in an older mark of terminator armor and a plastic Contemptor Dreadnought and this a very interesting set. I'll also be curious to see some reviews of the actual game.

More next week!
Posted by Blacksteel at 3:00 PM 2 comments:

In any epic story, you need bad guys - the opposition - the villains. For Rifts, this is the Coalition:


So they cover all the basic things one would expect from an evil empire. 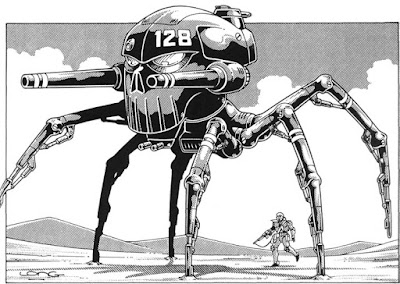 In a lot of really good stories though, you need villains who are more than just ... bad. They need to have some motivations that are at least understandable, if not downright sympathetic. Two of the best examples are from the superhero world - Magneto and Mister Freeze:


The Coalition is all of the things I mentioned above but it is also the last defense of humanity against an invading tide of hostile beings, from insane mages, to warped psychics, to demons and dragons to mind-bending creatures from other dimensions. No other power in North America is capable of standing up to these things, let alone stopping them, other than the Coalition - the much-hated, black-armored, skull-helmeted coalition. Those soldiers aren't fighting just to be mean to people - they are protecting their families and friends back home from horrors humanity never had to deal with prior to the coming of the rifts! It's quite commonly viewed as a defensive war - everything was fine, then the rifts opened up and these things came through and started killing people and we are doing everything we can to survive and retake our home. If it's us vs. them then the humans of the coalition will happily take "us". The main point here is that they are completely right - from a certain point of view. 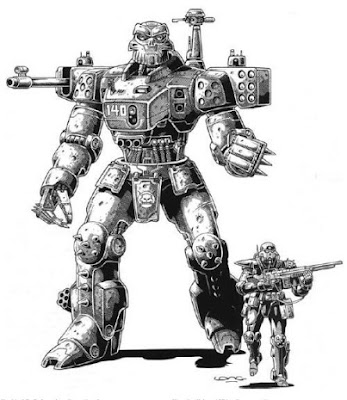 So they raise up the dog boys, train up the psi-stalkers, build skull-themed power armor, tanks, aircraft, and giant robots, convert wounded soldiers (and crazy volunteers) into cyborgs to continue the fight and they can see themselves as "in the right" as much as anyone on the planet.

Now sure, you can play the Coalition as Cobra to your PC's GI Joe, clueless, blundering, schmos with leaders too busy scheming for internal power to really accomplish anything and if that works for your game that's fine - I myself don't want a debate every session as to whether it's OK to shoot them or not - but they can also be more.

You can play around with characters and morality if your players want to go there. Uneasy allies, the blackest of blackhearts, noble opposition - they can be all of these things. If enough of the grunts and low-level leaders can be educated that not every non-human is out to destroy humanity, maybe the whole nation can be saved ... or maybe there would have to be a leadership change to make that happen! But ... would weakening humanity's shield to make that change damage its ability to stop Atlantis and the Splugorth or the Vampires of Mexico or a re-formed Federation of Magic? What if the price of enlightenment is the death of millions as the enemies of the Coalition swoop in on their old enemy, weakened by civil war?

There is so much potential there. 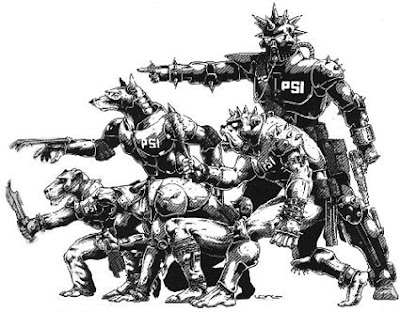 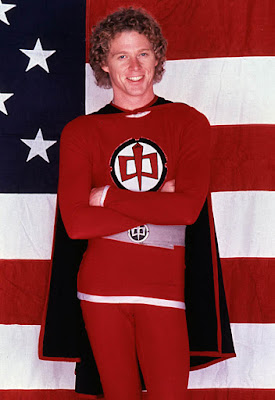 First, GAH - Article here. The guys behind the Lego Movie are behind this too and I'm going to say that's a plus because that was a much better and funnier movie than I ever expected. Considering how popular superhero movies have been for the last decade and a half I am a little surprised that it took this long. Much like the Trek announcement yesterday I think writing and casting will be the most important things here. Assuming the concept remains similar you need a good everyman for the lead, a hard-bitten cop sidekick, and a good comedic actress to play the wife. 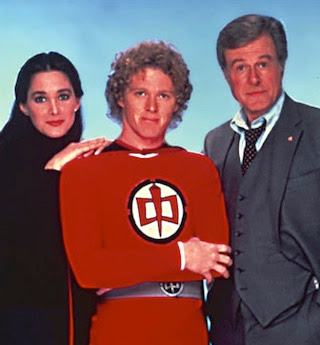 Of course there's a pretty good chance they decide to change something up - what if the main character is female? Part of me says "keep it mostly the same" but there would be quite a bit of comedy there too so who knows? The basic concept is so ripe with potential, and TV effects are good enough now, that this has a lot going for it. 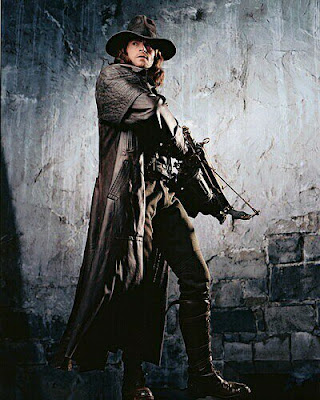 Next, Van Helsing - Article here. Ah, so it has really nothing at all to do with any traditional take on Van Helsing at all? It's Van Helsing's daughter (not a problem) who's resurrected (OK) five years in the future (from ... now? Is that right?) to fight against the vampires who have taken over the world.  Yeah ... so no Victorian era, no early 20th century era, it's now... ish. Oh and it's being handled by SyFy - HAH!

This sounds closer to Underworld or even the Walking Dead than previous movies and stories about the character. I'm not opposed to someone doing a modern take on it but I think they're pushing it pretty far out. Making a female lead character is fine. Making it modern is fine. But doing both and then having vampires in control of the world - that might be too much. Also, it doesn't read like it's some covert cabal ala the Masquerade from the RPG or the Authority from True Blood, it reads like it's post-apocalyptic in a way. Heck, you'd think they might try and tie in to the Steampunk thing that's out there and seems to be popular enough to latch on to, but apparently not. You could do it in the 20's/30's/40's similar to Agent Carter or Boardwalk Empire. I know "modern/near-future" = "cheaper to produce" but c'mon - you're only talking about doing 12 episodes!


This one is definitely a "wait and see and prepare to be disappointed", at least based on what I see now.


Also, don't forget the X-Files is coming back in 2016 too. I really liked that show, especially the first 5 years or so. It's one of the cardinal examples of a show staying on too long, but when it was good it was really good. With a nice long gap I'm hoping the creative team has rechanged their batteries and have some new stories worth telling. 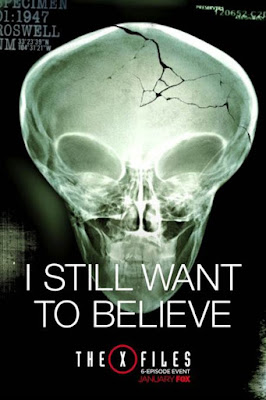 I'd just like to see someone aiming high on some of this stuff. There is so much good TV out there now, even sci-fi/fantasy TV like Walking Dead, Flash, Daredevil, and Doctor Who that "OK" isn't going to cut it anymore. I like to think that a lot of us aren't going to settle for simple, cheaply produced shows featuring generic situations with cardboard characters and cardboard sets just because it's on the air. There are fan-produced films and shows that cover some interesting ground nowadays. If at least half of these new shows measure up to he new standard then I will be happy to call that a win. 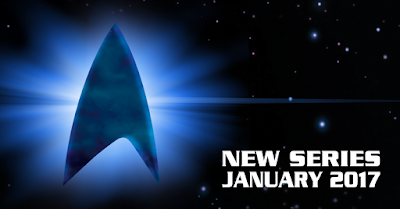 Well this was a surprise - details here. My own thoughts:

This is clearly part of a business plan at CBS to push their streaming channel to the next level, and that's fine. Hey, if it gets us a decent Trek series then it's a big positive. I hope that we see something akin to the new Star Wars approach where they are willing to acknowledge and embrace the past stories and characters but also not afraid to push out in new directions with new characters.

It's all very vague right now but hey, it will give us something to overanalyze for 2016 after Force Awakens is old news.
Posted by Blacksteel at 12:39 PM No comments: