The best thing about the new Guardians of the Galaxy Trailer is ...

Starlord's dad is clearly Jack Burton! It explains so much!

I know , I know, - he's supposed to be Ego the Living Planet. Let's just see how that turns out/
Posted by Blacksteel at 12:00 PM No comments: 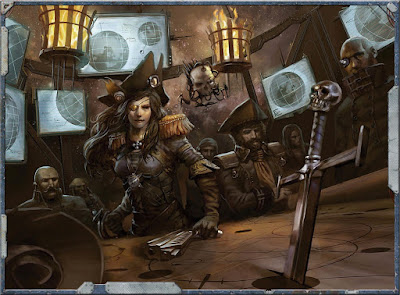 So is that picture above really all that different from this: 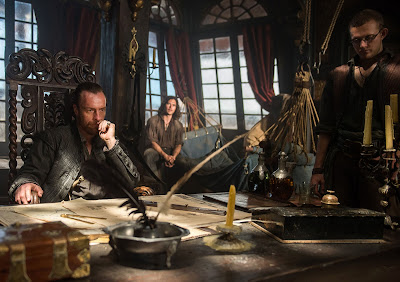 The Rogue Trader typical campaign as presented is basically you can do what you want while staying one step ahead of any local governors, admirals, inquisitors, and the other agencies and aliens and military units in the area, but the big picture take is that you're (at least on paper) on the Imperial side. You don't really have to stick with that though. You get far enough out on the fringes of the Astronomicon and "the will of the Emperor" gets pretty fuzzy.

I mean, you could probably try and run it like a Traveller free trader campaign. Why though? You have more wealth than many planets! It's not like you're scraping to buy fuel! I'd say for that game just play Traveller.

You could try and run it more like a Star Wars smuggler campaign but how does it work when the smuggler has a Star Destroyer? Star Wars does the smuggler game better I think.

In terms of power level the game is much more like Star Trek - the players are in charge of a ship that could level most planetary defenses all by itself. In RT they also have enough wealth to wreck most planetary economies if they chose to do so. It's civilization-destroying power! Yet they are not bound by a Federation-style Prime Directive or oaths of service. You could say it's more like a Klingon campaign would be but it's different even from that as it's not just honor and military might - economic goals are a big part of it. 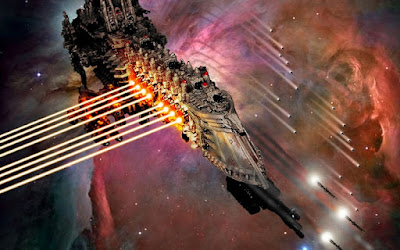 With a Rogue Trader game the longer term goal might be to locate a long-lost planet from pre-Great Crusade days. Assuming the party eventually does that the outcome might be exploring it and putting a colony on it, exploring it and looting it, exploring it and eliminating any competing interests (including xenos), using it as a secret base, or returning and selling the location to the highest bidder!

That sounds a lot more like a pirate type game than a straight-up merchant campaign. A distant but powerful authority that's theoretically in charge, multiple independent competing parties looking for wealth and personal power, local and regional authorities with vary degrees of power and influence, foreign entities competing as well,  all taking place in an area where knowledge -and maps - are incomplete. Violence is at least as common as negotiation, and betrayal is all too common as well. It's an environment where one man could "change the map". 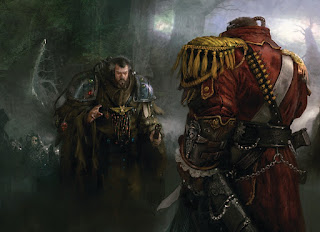 Black Sails is in its 4th season and is concerned with various pirate captains and crew and governors in and around Nassau in the early 1700's. It's also a prequel to Treasure Island so there's one idea of how a "sequel" campaign might go. Various issues during the course of the show include things like : 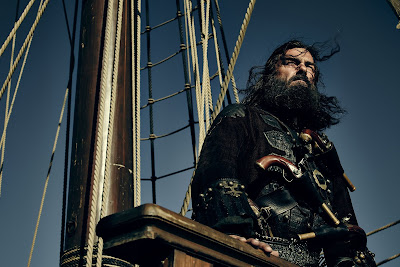 There's a ton of intrigue, infighting, and maneuvering for power. 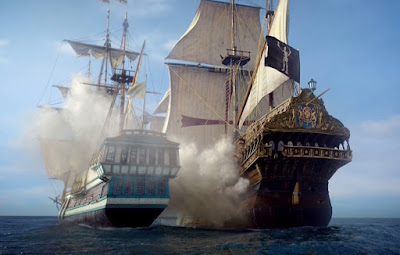 Constraints they operate within:
Substitute in Eldar, Inquisitors, Space Marine chapters, the Imperial Sector fleet, and various local governors and you have pretty much the same scenario. 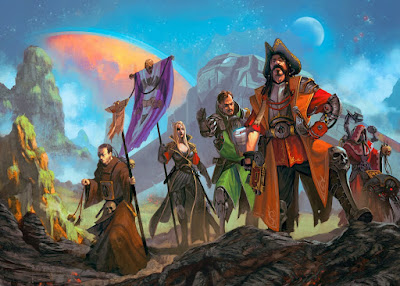 I think it has a ridiculous amount of potential. Sure, maybe you start out as "agents of the throne" in the beginning but will you stay in that role? Opportunity abounds, but the more constraints you place upon yourself the more those opportunities slip away. What will your crew think? What about your profit factor? Your ship? Your place in history?

I think a nudge in this direction eliminates any chance of "well what do we do now" happening with most sets of players. Rogue Trader, of all the 40K RPG's, gives players the most freedom to do as they wish. For the GM that might be tough to manage with all of the interesting things in the 40K universe. Start viewing it as a pirate campaign, particularly a location-based one ala Black Sails, and I think you have an awesome mix of "centered" freedom for a great campaign. 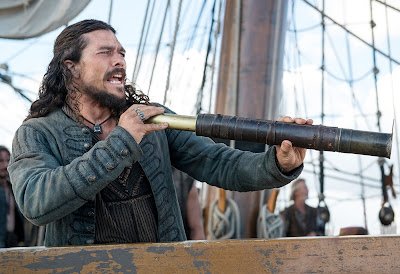 Final Complication: The "Hyborian Sector" is something I wrote up for Traveller a long time ago. The jungle planets of Kush, the trade stars of Zingara and Zamora, the "local empires" of Aquilonia and Nemedia ... I'm not sure I need it for this campaign but I do have to consider it. Is mixing in yet another "inspiration" too much? Not sure yet. I'll let you know.
Posted by Blacksteel at 12:00 PM No comments: