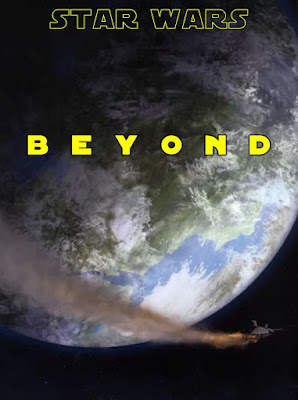 Vader voice: "... and these so-called 'Beastie Boys' will not be able to help you this time."

Posted by Blacksteel at 7:00 PM No comments:

We've played a fair amount of 8th edition at this point and we really like it. The rules are cleaner, run faster, and there is a ton of flexibility in army composition without breaking the game. I expect some things to get cleaned up - the recent FAQ gives me a lot of hope for an "active" GW in this edition - and some significant changes in the imminent tidal wave of codices to keep thing interesting for quite a while.

I started off focused on the Iron Warriors and they have undergone quite a few changes over the last six months. I had a plan for them for the old Chaos Codex, I then revised it for the Traitor Legions book and now I am changing it up again for the Index book. With an actual full Chaos Codex coming I have slowed down a bit on coming up with a "permanent" force organization for them and I am just trying out different groups of units to see how they play under the new rules. The main outcome of this is that I now have about 6000 points of IW's under the new system - a dread here, a squad there ... it adds up quick. I've added a ridiculous number of Chaos Marine bits as well as sometimes when you have a very specific plan you need very specific bits to build those units. Some highlights of my meandering plans:

The more general feeling I am dealing with right now is that 2000 points still feels "tight" when ti comes to taking what I want to play. I am thinking 2500 might be a better fit for us, or some odd number like 2250. Ah well it's all about "interesting choices" right?
Posted by Blacksteel at 12:00 PM No comments:

Star Wars: The Next Campaign 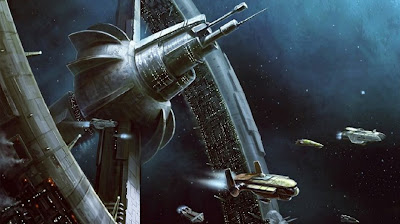 So Friday night I am starting up a new Star Wars game. I got the itch to run some more Star Wars a while back but it's been tricky to line up the boys for our Red Sabers campaign. So I decided to put together a "limited campaign" for FFG Star Wars.

Now I've talked about my feelings on the game in general before and about our last experience of playing the Jedi Beginner Box. I see some potential but I'm not sure it's really our thing. That said I want to find out and the best way is to finally create our own characters and run through a longer adventure. I am taking one of the published adventures as a base, making some adjustments based on published reviews/notes/after action reports and we will see how it goes. It's mainly "Edge of the Empire" so I'm going to try and keep characters focused on that book but I'm not going to shut the door on everything else if someone has a strong concept they want to play. Well, other than full-on Jedi - we're not doing that just yet. It's a rebellion-era game so that shouldn't really be a problem anyway. 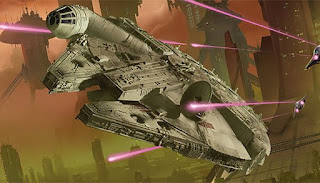 My approach here is the limited campaign or "The Movie" - it's not open-ended, it has a definite beginning and a defined end point. What happens in between is pretty flexible. The end point is somewhat variable as well - it might be "villain X is slain", "the imperial operation is stopped", or "the players run away to lick their wounds and plot revenge". The "movie" description to me means that it has a limited amount of running time or sessions, it has a single major story arc, it's cinematic as all get-out, and the stakes are high. Mechanically it means that no, we're not going to worry much about things like food and encumbrance but heroic character death is completely acceptable. We don't have to worry about keeping the ship intact. Locations and relationships with NPCs that are important in this adventure may never appear again. In general, continuity is not the primary goal - making a memorable adventure is. I don't want anything to be "routine".

My best previous example of this is documented here. That was a fun campaign.

Why do I do Star Wars this way? Well, most of my attempts at ongoing campaigns involve a gradual build-up to the big stuff like dragons or demon lords. It works in D&D but for Star Wars when I have tried this it just doesn't seem to excite anyone. No one wants to "fight kobolds" in a Star Wars game and in a non-level based system why should you have to? Why not dive right into the action and the epic plot? Why not get right to the good stuff? To facilitate this, I run them in bursts and think of each burst as a movie. This helps my players too I think so they think of "whats the most cinematic thing I can do here" and not "preservation". 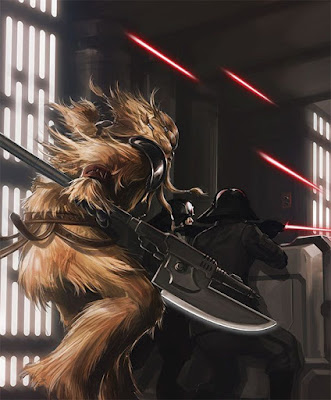 So how does this work long term? Well, I'm going to run this one all the way through and figure it should take a few sessions. Once we're done, if everyone liked it, we will try another "movie" in the fall after school starts and everyone's schedule adjusts. If you like your existing character then you can bring them along for the "sequel". If you want to try something new or your character died then you can make a new one with all of the XP you earned in the prior adventure applied to the new character.  This avoids penalizing people for the heroic sacrifice or an interest in something new. I've found some players really like continuity and others like variety and I don't want to punish either one.

For now though, we have session #1 of the new game Friday night. I'll let you know how that goes.
Posted by Blacksteel at 12:00 PM No comments: 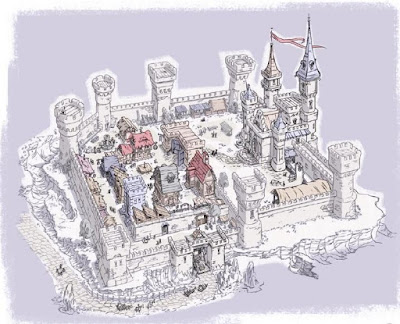 Well I didn't post that much in June because there was just too much going on. With cars and college mostly sorted out things should settle down for the rest of July. I figured I would take a minute to post my thoughts on what I've been doing and on some hopes for the rest of the year. 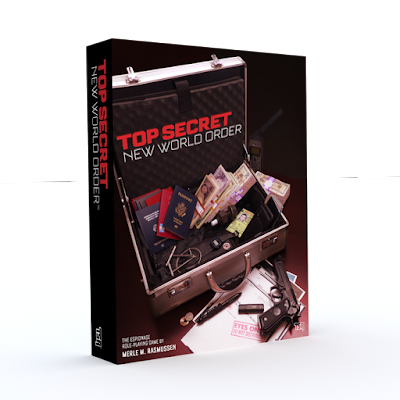 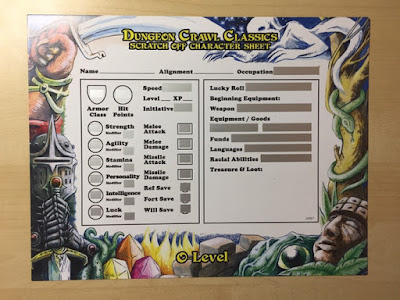 Posted by Blacksteel at 12:02 PM No comments: