So Blaster got back into Magic: The Gathering with some of his friends last month and once he started talking about it I realized I haven't bought a pack of Magic cards since before he was born so it's been ... a long time.

I played MTG with my friends back in the mid 90s when it first became popular and it became a regular thing for 3-4 years. We would usually play a few rounds as a warm up before one of our RPG sessions

He and Red got into it back about 7 years ago and played it a bunch up at a local store and I did get my old cards out to show them how to play once they expressed an interest but I didn't go buy any new cards - I pretty much let that be their thing.

Now though ... I figured why not? So I picked up some of the new cards and looked over the rules - they haven't changed much - and decided to jump back in. For now I'm just playing him and talking to some friends about it but with a big release coming up at the end of the month I might actually venture out to a store for that.

Rules-wise the biggest thing I see is that it's just tighter all the way around. I mean, the rules should be pretty tight after 25 years+ and they are. They seem to be pretty good at anticipating conflicts and unclear areas and spelling those out nicely.

The main format is "standard" which is basically using only the newest sets in head to head two-player games. There are others - Blaster's favorite is "commander" which is bigger decks in a multiplayer format and the big wrinkle is only one copy of each card other than basic lands. It's almost a completely different game than standard so there are some interesting options within the Magic "family"

The biggest difference I see is the support - wow what a set of cottage industries have sprung up around this game! Sleeves. Deck boxes. Play mats. YouTube channels. Podcasts. I mean 40K has a lot of stuff growing up around it but I didn't realize just how much there was for this card game.

I'll be posting up some more about returning to MTG after 20 years - it's an interesting adventure so far. 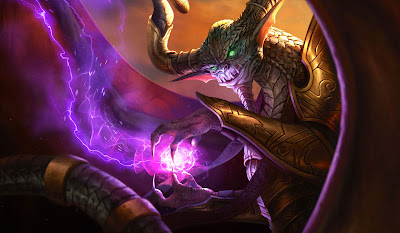