Keeping Up with the Torrent 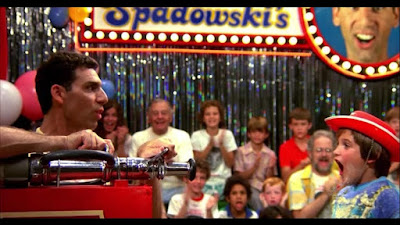 One second after that particular picture is pretty much how it feels right now ... 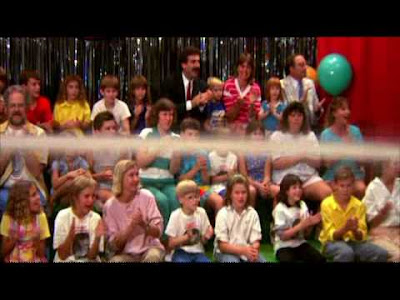 But that's what happens when you take on too damn many projects at once. You might think I would learn but that's just kind of how it goes around here.

So game-wise ...
There's also trying to read some non-gaming books, that whole catching up on some comic book stuff goal for this year, not to mention trying to paint some mini's for all of these initiatives ... 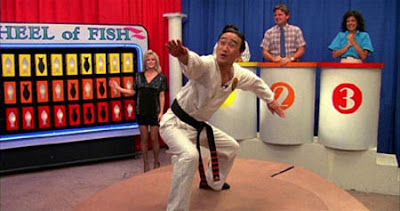 It's just been ridiculous here this fall.

Some of it is trying to run multiple campaigns at roughly the same time - I haven't even started diving back into my Rifts stuff for the Thanksgiving Rifts Incident. I think a lot of it is starting and running multiple games while 40K is in overdrive. I mean I spent 2015 catching up on Pathfinder and 2016 catching up on FFG Star Wars so I've done this kind of thing before, just not with two major games at the same time. The good news is that I'm caught up on D&D books for 5E itself. The bad news is that the first 40K release of next year is another one that I will need to pick up. 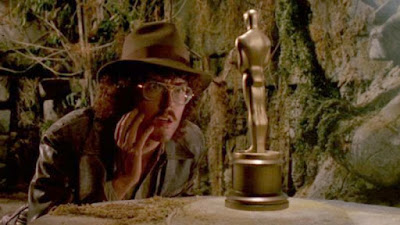 Grousing aside I am amazed at people who manage to run just the one game, and focus in on just the one game, without getting pulled into others. I don't totally understand it, I certainly have no capacity to emulate it, but it's definitely a positive thing at times.

It's also getting towards that time of year where I declare a plan for what I am going to run next year. I expect some hard choices there, but we will see.

In the meantime it's mostly D&D, Pathfinder, and Star Wars with some chance of M&M and Savage Rifts in the forecast for later this month,
Posted by Blacksteel at 5:13 PM No comments: 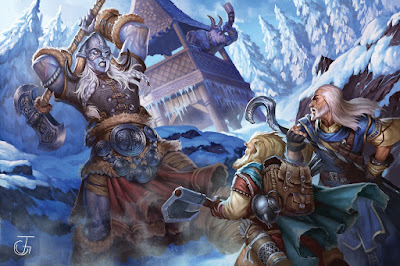 I've always liked giants as fantasy opposition, They're big enough to be a real threat to characters, they're themed in different ways to give some variety, but they are close enough to human to have understandable motivations and at least some potential for interaction and conversation. Thinking back I had giants as the main antagonists in my old Fantasy hero campaign. That was a homebrew thing but it was certainly inspired by some of the published material, 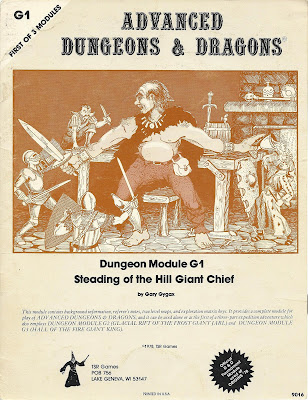 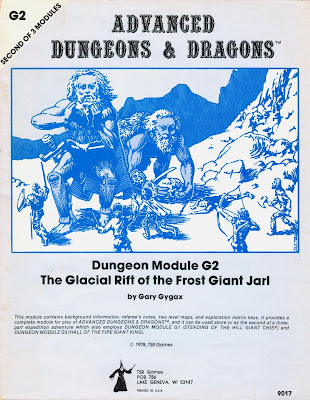 I remember seeing them on the shelves in the local mall toy store and they were part of what intrigued me enough to dive into this new "Dungeons and Dragons" thing. 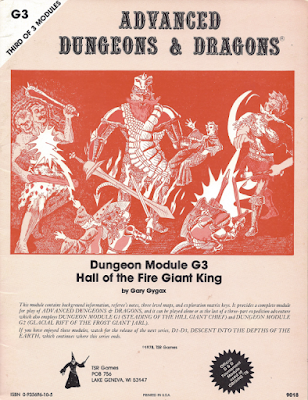 In a see of boxed kids games these stood out. By the time I was buying adventures they had been repackaged as Against the Giants. 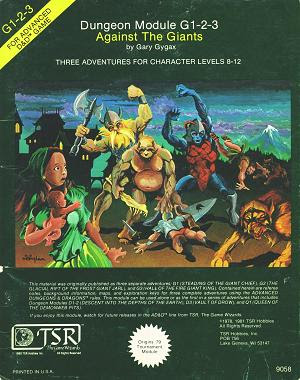 It's such a classic now that I think it gets forgotten but the material in here is a great example of old school adventures. There's not a ton of plot, not a ton of NPC's, it's just "here's a monster lair - go to it!" and the player motivations are largely left up to the group to decide. You can go with anything from a Seven Samurai scenario "please help us - we are but simple villagers" to a Dirty Dozen approach of "there's a royal pardon waiting if you'll go solve this problem". 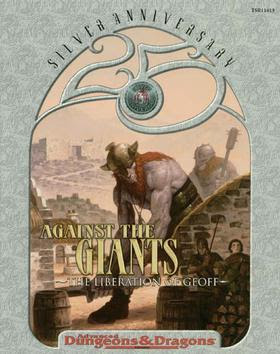 Second Edition gave us the same material, updated with 2E stats, plus a more specific location and scenario. It's less generic, but still pretty adaptable and it includes encounters outside of the lairs. I recall a particularly nasty shadow dragon terrorizing the countryside. I don't see much about it online but it's a nice update for the new edition.


Third edition didn't give us a new published module but there were some fan conversions and WOTC released updated 3E style maps for at least part of it. It was still a lot of fun in the new edition too. 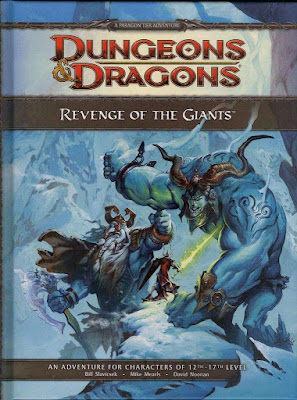 4E gave us "Revenge of the Giants" which is an awesome update of the concept. In this version some of the giant holds are on other planes and are really well done. There's a much heavier emphasis on the elemental aspects of the giants and they are more magical, less mundane when it comes to their abilities, 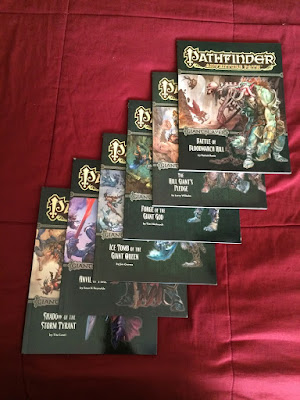 A few years back Pathfinder took their shot with the Giantslayer Adventure Path which is six adventures that focus on giants as opposition. There's a pretty good mix of things here too and more giant types are included than in some of the earlier material but it is still mainly about fighting giants. 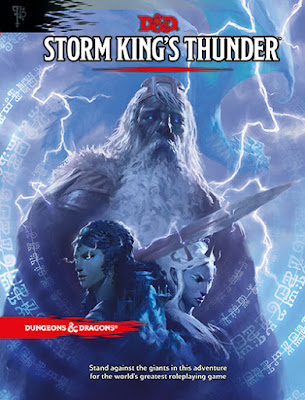 For 5th edition we have Storm King's Thunder which is the latest of the big giant adventures. It covers a variety of types and while it doesn't get quite as elemental as Revenge it does add some interesting elements to giants and to their lore, and the lore of the Forgotten Realms as well. There is of course much more plot than those old AD&D adventures but that's just how it goes today.

When digging into options for my 5E game I had originally planned to include the G-modules as a big part once they were high enough level. Once I had a chance to look SKT over though I changed my mind and I am making it the centerpiece of the new campaign. For whatever reason they just never get old for me. Sure, you can make them big boring bags of hit points but they can be so much more than that! Give them a culture, a society, some motivations, and even some names! Then mechanically change things up a bit  - "Hey, this one's a cleric!" - heck, try making one a bard - and suddenly they're a real part of your world.

Giants: A ton of hit points, a ton of options, and a ton of fun!
Posted by Blacksteel at 1:15 PM 1 comment: