Alright, rants over, let's talk about the good stuff. 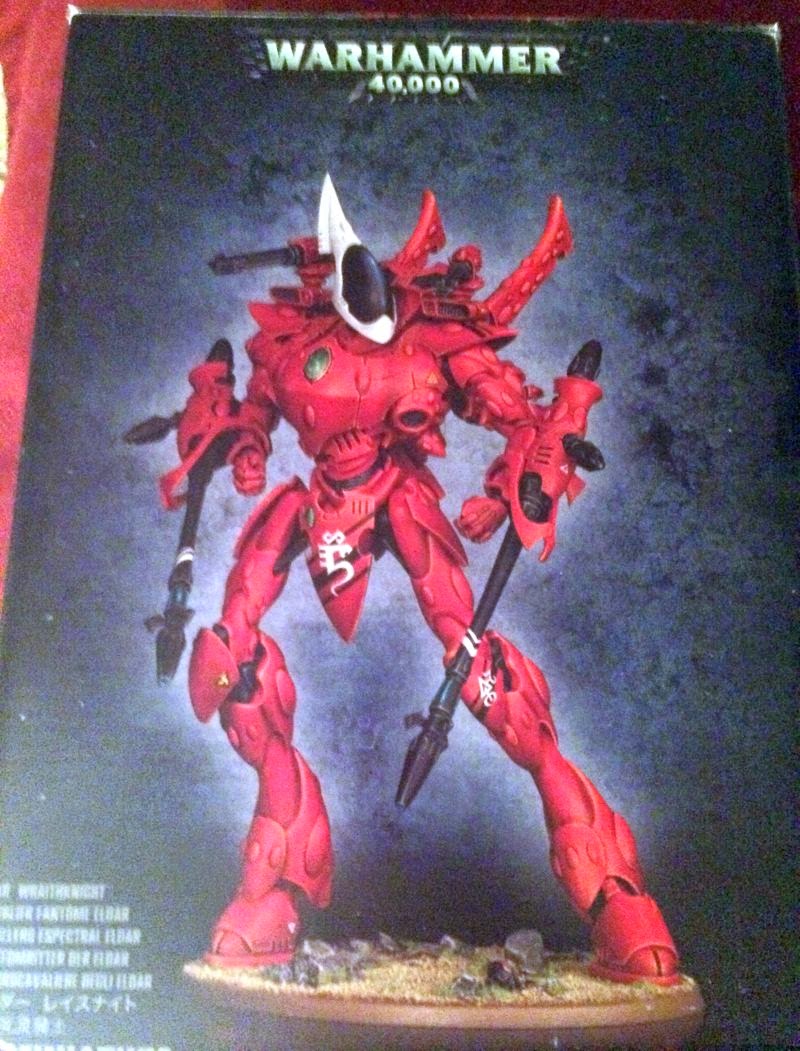 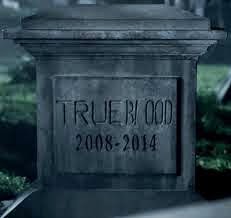 Other Stuff
Wrapping Up: Posted by Blacksteel at 10:49 PM No comments: 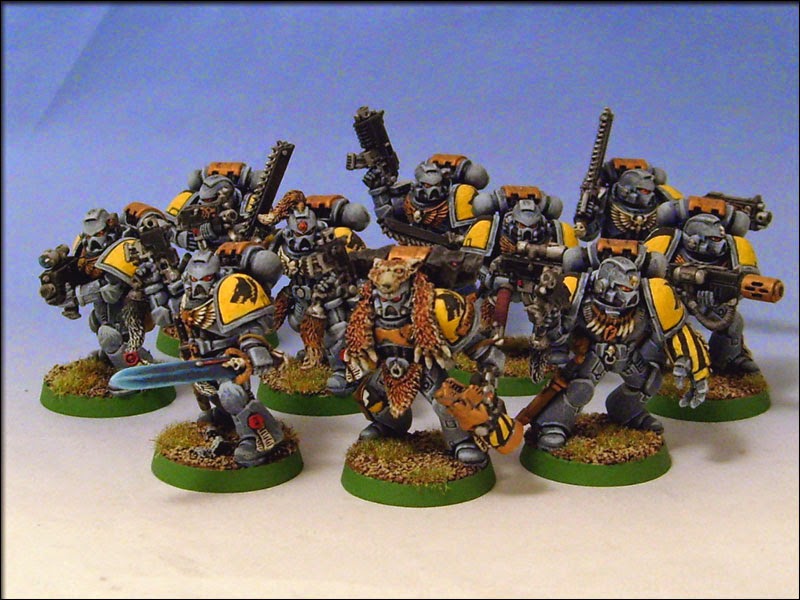 Refitting my armies for 7th edition has led me through a ton of internet tactics articles and forums for various factions and one thing I still see regularly when discussing a particular unit is "making their points back". This is a ridiculously outdated concept that needs to disappear.The real way to judge a unit's effectiveness is to look at how you win the game and determine how a unit can contribute to achieving this goal.

For a long time, most 40K games were "kill point" games - points were scored by eliminating units. Doing this faster made gave you a points lead and made it harder for your opponent to score points of his own. Every unit needed to contribute to this goal. If a unit could "make its points back" then it was breaking even in the game and any additional points it scored were contributing to your win. Units that could directly remove enemy models from the table were clearly achieving this.That was a worthy measure for that kind of game.

Unfortunately that pretty much died out with 5th edition's demise in 2012. 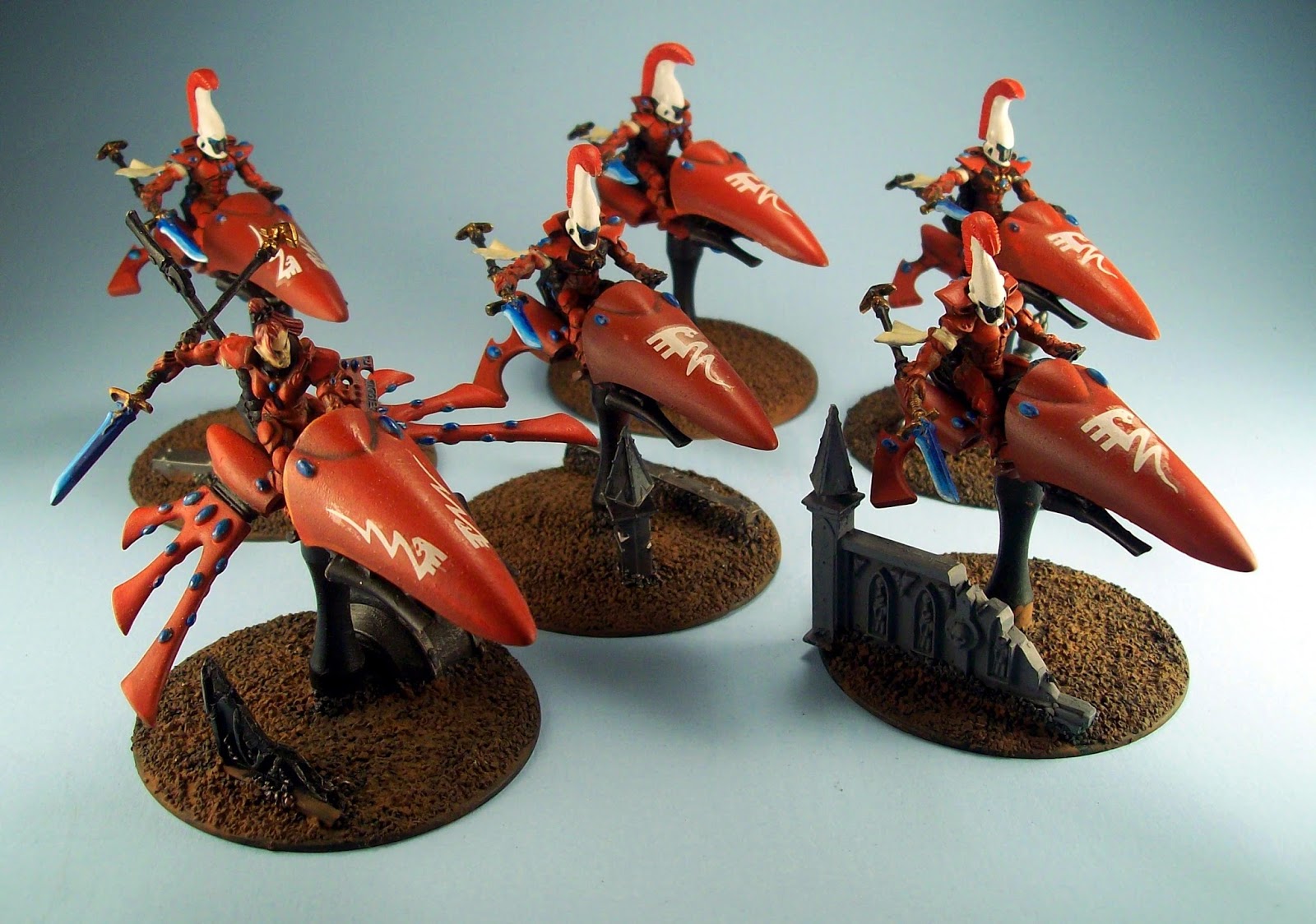 Beginning in 6th and now fully formed in 7th edition, the standard game pretty much revolves around objectives. You still score points to win but those points do not come from killing enemy units, they come from controlling certain locations on the battlefield.

To cover more objectives over more turns mobility is a major asset. Offensive power is important, sure, but it is not the only, nor is it even the primary, consideration anymore. The ability to get to an objective in one turn, and the ability to hold that objective, is at least as important as offense today.

Example: Space Wolf Grey Hunters were considered the best basic troop type in the game at one time, due to their combat power, cost, and all-around capability. Now I'd say Eldar Jet Bikes are the best, but not because they can beat an equal number of points of Grey Hunters - I'm not sure they can. It's because they are the fastest basic troops in the game yet tough enough to take some punishment. Offensively I'd call them middle of the pack at best.

The same environment has led to space marine bike armies becoming ever more popular - once they become troops their increased mobility and enhanced scoring options along with better toughness makes them a preferred option for many players. Their ability to carry interesting weapon choices didn't change - their ability to win games did. 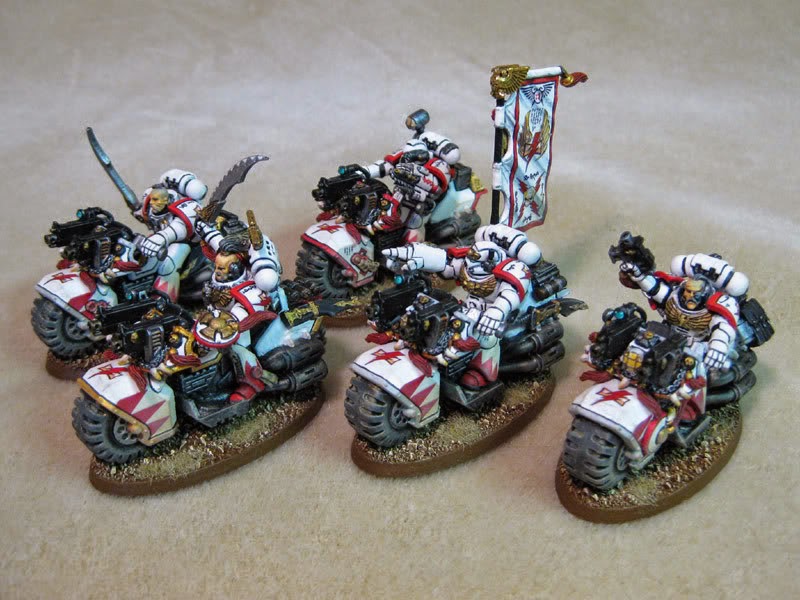 Now offense does still have a role. For one, I need to protect my own units and the best way to do that is to blow the enemy units off of the table. Also, I need to remove enemy units from objectives. This still does not justify the "making their points back" attitude I see though. 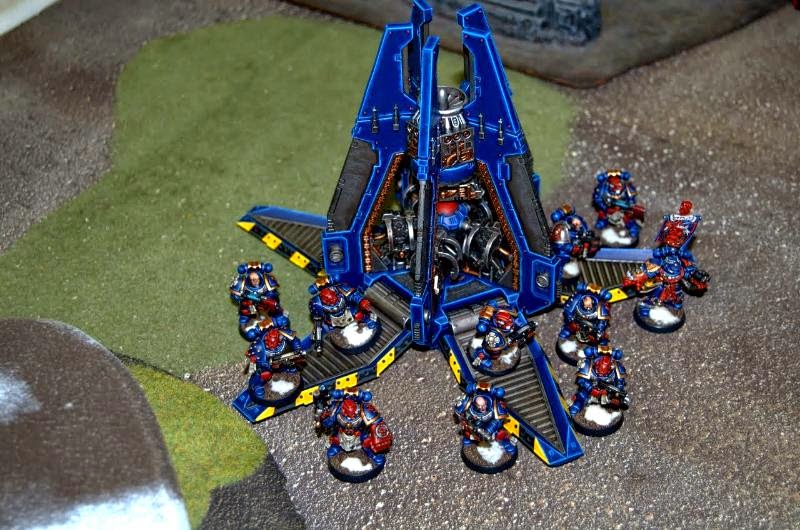 Hopefully, in 2015 the whole concept of "earning its points back" will finally die out and a focus on how the game is actually won will return. Remember in a Tactical Objectives game 24 of the 36 entries (and Linebreaker) are tied to objectives and positioning, not killing other units. Instead of focusing on points ask your self this:
Posted by Blacksteel at 12:00 PM No comments: 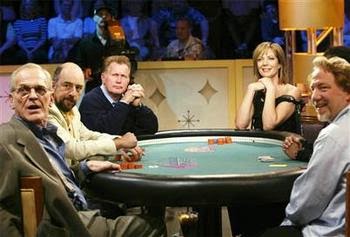 This year, more than I recall seeing previously, I keep seeing "watch/listen to these celebrity gamers play an RPG" coming up in ads for podcasts, new supplements or adventures, and various other you tube videos.

I don't get it. There are two components here and I don't get or like either one of them.

I know there's a big celebrity/watch this thing with videogames and e-sports, but those tend to be either how-to type videos (even for non-competitive things like Minecraft), strategies for how to beat a particular opponent, combo, or level, or replays of a competitive match that show how player X defeated player Y.

We even see it with some tabletop games, from boardgames to Magic, to 40K and other miniature games. Heck, I watch 40K battle reports fairly often myself to see how other people use certain units, fight certain opponents, or just how they paint their minis and do their terrain. It also helps stay in touch with what other people are doing in the game as new units or expansions arrive.

I watch because of the what and possibly the how. I do not care about "celebrity" though - I can't say I've ever watched a game because of who was playing it.

I just do not see the attraction of "watch game designer A, podcast host B, web comic artist C, and D-List celebrity D, and RPG blogger E play the newest D&D adventure". If I knew any of them personally, well, sure, that might be fun so when we talk again I know what went on - but typically I do not. Additionally, these tend to be one-offs so you're not likely to see ongoing development of the group, the characters, or the story.

Audio podcasts with actual play - well, a lot of those are not great either but if you find one you like you can at least listen to it in the car, and very few of them seem to be fame-driven. They tend more to be a regular group that decides to put their regular sessions out on the web. That doesn't push the same button for me.

Also, RPG sessions tend to make for incredibly boring video - there is not a lot of visual action. It's all in the mind and in the conversation - that actually works better in an audio-only format in my opinion than with video.

RPG's tend to be far less concerned with rules and strategies (unlike video games or board/miniature games) so watching or listening to an RPG session is more about how that group approaches a scenario - you're not likely to learn a "strategy" that you can apply in your own game. You may find you enjoy the interaction, the characters, and the story that's coming out of the game and that's completely cool - it's why I listen to the Critical Hit podcast, though I am years behind their current casts.

To use videogame terms, every single campaign is effectively a "mod". My 5th edition Greyhawk campaign is a D&D "mod" that only my group will ever play. Even if another DM takes my notes and runs some of the same material they will probably use some different rules and with a different mix of players their campaign is their own "mod". No one else will ever play exactly the same game. Compare this to a videogame, where everyone else will play exactly the same game. To me this is a fundamental difference and truly changes why someone would watch or listen to an RPG cast of some kind. Attempts to follow the same video play model as videogames and competitive tabletop games  just demonstrates a significant misunderstanding of what RPG are.

(Note: I am not actually running a 5th edition Greyhawk campaign. It's just an example.)

Finally, the whole point of RPG's is to play them. Watching a good player in a sport you can appreciate the skill or talent that goes into doing what they do, or the thrill of the contest as one challenges another. RPG's just don't work in that way - watching or listening to a video is unlikely to spark the interest of someone who has never played one. Put them in a room with an engaged and enthusiastic group and they are very likely to be drawn in as it's happening right now in front of them! The "watch the other people play" trend represents a more passive approach and that's not really what they are about. Those people are not any more qualified than you are to play the game. Lots of people watch sports or other competitions for entertainment and also because they cannot physically play them regularly. You don't need any special physical or mental talent to play RPG's! You don't need even a minor level of fame. You don't need to be a game designer. You need some basic social skills and an interest in the subject - that's it! With the advent of online play there are even fewer barriers to finding a game now than ever before.

Wrapping up: Watching is fine, whatever the reason. But don't let watching get in the way of doing! Don't assume that other people are doing it "better" and need to be copied. Don't assume that because you've heard someone's name before that they are worth watching or listening to - the only way to become an experienced RPG'er is to do it! RPG's are just about the most level playing field I can think of. Sure, experience can polish off some rough edges, and reading about how someone handled situation X might be good to know if it ever arises, but you can have a ton of fun with a group of people who have no experience at all. Overall I'd like to see less watching and more playing in 2015.
Posted by Blacksteel at 5:00 PM No comments: 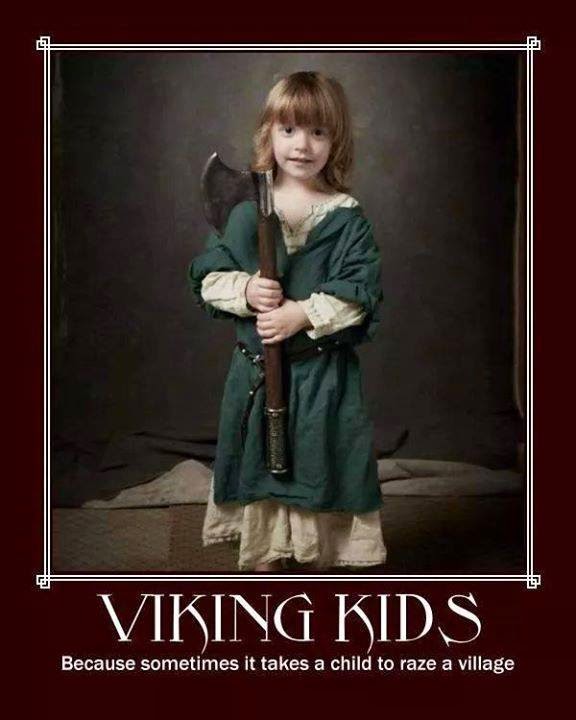 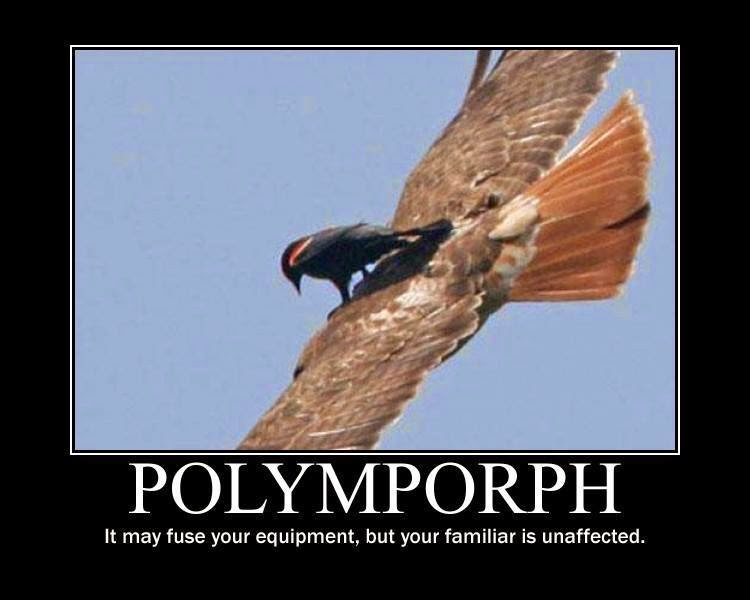 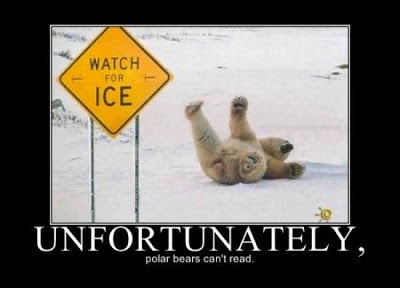