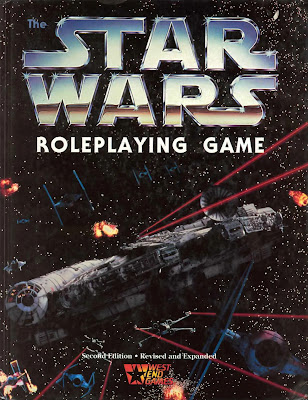 We just recently restarted the Deadlands campaign that I've been running for the past year. Everyone is excited and the new place adds something to it too. So we mapped out a schedule that worked for everyone - tricky heading into the holidays - and then sure enough someone couldn't make it to the next session. With some advance warning we decided to do something else on purpose as we are really trying to ensure 100% attendance as the campaign heats up.

So then of course the debate begins - what shall we play? Originally I was thinking boardgames ...  or maybe start a Frostgrave campaign to make things easy for whoever could make it. RPG-wise I tosdsed out the usual suspects for one-off type sessions: ICONS, Marvel Heroic, or DCC. I also threw out Stars Without Number as I wanted to try it out. I have ready-to-go-material for most of those but with no consensus as Saturday arrived it was going to be a challenge to run anything coherent so I decided to just see how things felt once we actually got together. Normally I really really prefer to know what I'm going to run at least a few days in advance but I decided to embrace the chaos and just wing it.  Having experience and a decent library of games this should not be all that difficult ... right?

As it turns out it was not, really. We debated for roughly an hour and somehow ended up on Star Wars, specifically d6 Star Wars. No, it had not been discussed in advance, no I had nothing specific prepared, and no I haven't run it in about 5 years. Great! It is easy enough to jump in and make characters and one of my players has extensive experience with it so he could help with character creation while I scrambled around gathering materials. It's tricky when you have a lot of good ideas but they are scattered across three different systems and the associated binders and computer folders. 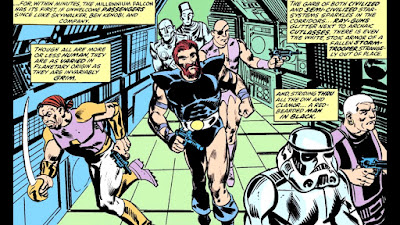 I did not want to just run Tatooine Manhunt again though that would have been an easy answer. I didn't want to run Starfall again either though that's another solid campaign starter. So I ended up falling back on an old idea I've discussed before using an old adventure published for another game which I originally converted to Saga edition but which I later converted to FFG's rules about two years ago. Had I converted it to d6? Of course not! So naturally that's what I chose! This was mostly a feel thing as I feel it works really well for Star Wars and figured it was worth the hassle of not having any mechanical details prepped.

These days I don't need a ton to run most games - a starting situation, opposition stats, and an idea of where things could go - even though I prefer some prep time this is really enough to run a fun game. FFG has printed several nice decks of NPC/monster cards that have all the stats on one side and then some notes on traits and gear on the other and it makes winging things really easy. I have some examples of similar things for d6 but not nearly as comprehensive so adaptations were made. One of the strengths of the system is that it's pretty easy to wing it given the difficulty chart, the standardization of weapons in the Star Wars universe, and the way stats and skills work. 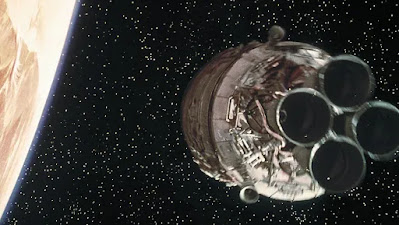 Despite the rust and the lack of planning we pulled something coherent together and ran for a few hours and everyone was happy with it. We started on a ship under attack and the characters fought their way through the ship to the bridge and then to the escape pods, saving crew people and dispatching space pirates along the way. We ended with them gathering their supplies as a new day dawns on an unfamiliar planet. So now this is officially The Backup Game. If anyone misses then the game switches to Star Wars. Considering a whole swarm of escape pods just ejected it will be easy enough to add new players - they can literally fall out of the sky for a while!

It was a ton of fun and I am looking forward to how good it will be when I have some time to actually prepare!