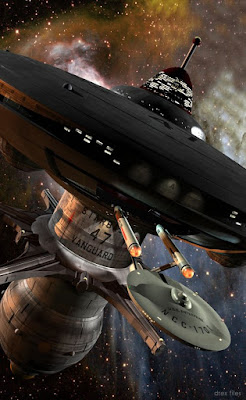 Here's a blog post by one of the authors on what is easily my favorite set of Star Trek books so far. It's a nice little read even if you haven't read the books as a lot of it is about what they are not going to do. Vanguard is a series that covers the characters and happenings around a new starbase in a new sector of space around the time of the original series. The authors position is that story is done - there will be no direct sequels and no follow-ups on the major characters in particular. Now some of the lesser characters do show up in other books, particularly the "Seekers" series but the Vanguard story is complete and will not be opened up again.

I really like that stance - "here is a complete work, it needs nothing further" is a rare thing these days where the brand and the franchise are king.

As a final take, if you're ever thinking about running a Star Trek RPG campaign, the series is worth a look just from that angle. Set it in a particular area of space with a recurring cast of ships, characters, enemies, colonies, and mysteries that they can get to know in detail. The traditional Trek campaign tends to be episodic and not very connected session to session but there are other ways to approach it and this series is a good example of what that looks like.
Posted by Blacksteel at 12:00 PM No comments:

The last piece of this current round of Iron Warrior additions is my "Chaos Spawn".  The GW chaos spawn mini is basically a mass of tentacles or insect parts with legs. It's fine for general "chaos" but it seems out of place for this particular legion. The IW's are builders and make quite a few of the Daemon Engines that show up in chaos armies. While they have the chaos mindset, they do not have a ton of the physical chaos expressions. Why not take a theme of "spawn" as minor daemon engines? It sounded more interesting to me and that's how I ended up here. Those are Pathfinder miniatures Gorgons. They come already painted silver and washed in black (and have tiny red eyes!) so all I did was add the IW contrast colors of copper/brass - in a different pattern for each one - do the snow bases, then clearcoat the finished beastie.

In the game spawn are a cheap and expendable unit that is fast, tough, unpredictable, and fairly dangerous if they get into close combat. I think raging metal demon-bulls fit that perfectly. I like the rules and the look of these guys enough I may build another unit or two - a whole herd to unleash!

Technical Note: Current GW spawn base size is a 50mm round base for 40K. These bases are 50.1 mm. In my world that means "perfect match". In a tournament someone might complain, but I've rarely found a bigger base to be an issue - usually people whine about old mini's on smaller bases if things go that way. Regardless, I'll be darned if I'm going to grind down a circular base by .1mm!

Quick, easy, inexpensive, and looks good. Plus they can still be gorgons in a D&D game if needed! 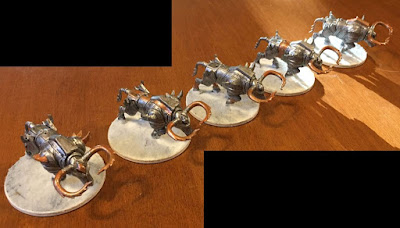 The next unit on the table for the Iron Warriors is (finally!) the chaos biker squad! originally intended for my Death Guard army, I changed my mind as I was reviewing both forces and decided they were a better fit for the silver guys. They are gathered, partly built, and basecoated black at the moment so I may be able to show them off next week! That will finish out the Fast Attack element of the army so I am looking forward to that milestone.
Posted by Blacksteel at 12:00 PM No comments:

Another entry in the 'Finishing up the Iron Warriors" list - a squad of havocs with autocannons. These are the old 3rd edition metal guys but I like the shoulder-mounted look just fine. For most battles they will be parked in a ruin somewhere dumping Str 7 death onto the enemy from 48" away. That's the plan at least. Autocannon havocs are one of the best heavy support options for a Chaos Marine army and one of the few options that the loyalists do not have so I am pretty happy to have them finished.

The paint here is another round of my quick and dirty IW scheme: black basecoat, drybrush silver, pick out details in bronze/brass/copper, then do the snow base and wrap it all up with a clear coat spray.  It's not going to win big tournament painting contests but it's consistent across the army, looks how it's supposed to look, and is pretty quick to execute. This squad came out a little grungier than some but I'm OK with it.

I added a piece of hazard stripe decal to the squad leader as that's another Iron Warriors thing. I think when it comes to that look that less is more so here only the squad leader is getting that kind of extra detail. They did all get the IW "skull" decal but considering that it's silver and on a silver background it's hard to spot unless your fairly close to them.

The squad leader is giving a "come at me bro/kung fu challenge" type wave. It gives him a tiny bit more character and fits considering that a) he's almost always going to be the first guy in the squad to buy the farm and b) if he doesn't this is still a long-ranged squad and the path to ascension involves beating people in melee challenges so if he's not dead by the end of then fight he's damn frustrated.

While putting this squad together I picked up the Traitor Legions book and discovered the IW havoc squads get some nice bonuses. I had one missile launcher in a regular CSM squad (which I was going to swap for a plasma gun anyway) and one more in a box. Why not pick up another pair and make a missile-havoc squad? So that's the next project.
Posted by Blacksteel at 12:00 PM No comments: 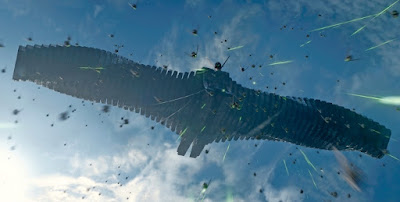 A few weeks back I described my inspiration for a Rogue Trader campaign driven by Black Sails, Starz amazing pirate series. Over the weekend we watched Guardians of the Galaxy for the first time in a long time and I think I have found the inspiration for the opposite of that other campaign concept.

Guardians is far less serious, not nearly as gritty, does have some betrayals, and does have violence. The movie does involve dealing with powerful artifacts and overly powerful opponents so it's a better fit than I thought at first glance.

So there are some common elements, enough to make a good game for sure, but the tone would be completely different. I think "grim and serious pirate" Rogue Trader would be significantly different from "comic book movie" Rogue Trader, to the point they might not even feel like the same game.


Key elements of a GotG Rogue Trader campaign in my mind:

There are some differences in the scenarios. A Rogue Trader has a massive crew - they would probably have to stay mostly in the background. It's a massive ship but it's still smaller than serious warships so there are still things you will need to run from. Just think if the Black Sails crew was put in charge of the Enterprise or a Battlestar vs. the Guardians crew - how would those two stories be different?

Also as I started to think through this I wonder if GotG might be better 'adapted" to a Starfinder campaign. We don't know much about the game yet but a lot of Pathfinder and D&D games start with "out for gold" and end up "doing the right thing" not far into the campaign.

So I may have talked myself into thinking through a Rogue Trader-like campaign that may end up using Starfinder instead of RT rules to help keep the right tone. I suppose we will just have to see how they fit together when the rules come out. 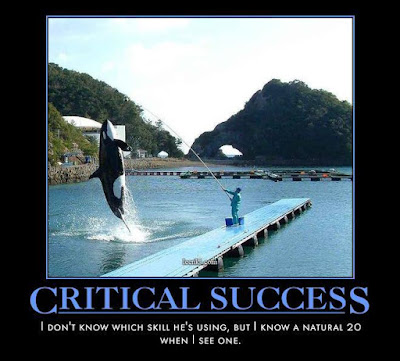 Since skill systems became a near-universal thing in RPG's, most of them have been pass/fail. From Runequest, Star Trek,  and Hero through GURPS on into the d20 games, most games are only concerned with whether you succeeded or not. Some have a critical success or failure element, but most of the time that's tied more to combat than typical skill checks. A lot of the time, that's enough.

My interest in this springs from my current immersion in getting the Deadlands game off of the ground. Savage Worlds task rolls are dice vs. a target number of 4, and for every increment of 4 over that it's a "raise".  Now this most directly applies in combat but the mechanic is the same for everything.  In reading through the published adventures though there are a lot of handy notes like "on a success the characters find X, with a raise they also find Y". 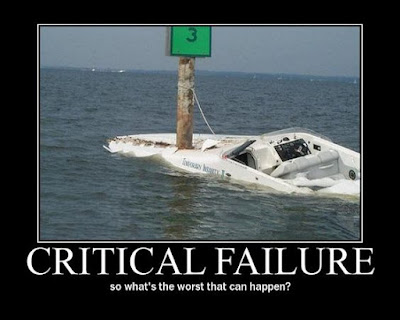 Given that you have, effectively, 3 levels of result from a skill or stat check: Failure, Success, Raise. Because of this I've been trying to think of results in terms of these three levels. Some typical examples where this comes in: 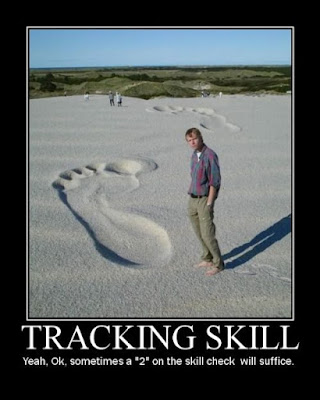 Now I did not do nearly enough of this with Pathfinder, so I feel good that the new game is spurring me to pay more attention to this. I also am a big believer in that not everything needs a roll, and one roll should be enough. You shouldn't need a perception check to see non-invisible creatures moving around a well-lit area, and I don't care what the movement rules say you don't need 5 stealth checks to sneak up on the guards at the front door. Make one roll and get on with it!

Wrapping up - as a DM it's good to have something in mind/up your sleeve/in your notes beyond simple success or failure. I tend to prefer the "failure  = partial success" option, with a critical failure meaning no success and a negative impact as well, to the traditional pass/fail result. I'll try to point out some more examples as we play our way through The Flood.

Something New (-ish) for Monday: Old D&D Adventures from Goodman Games and WOTC 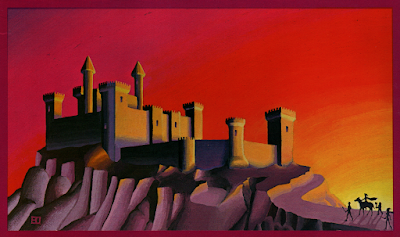 I'm a little surprised they're being this direct. Goodman Games is going to be doing "collector's edition" reprints of B1 and B2 (at least) with all of the original material plus 5E stats and some other additional material.

I thought we would be seeing more of the "re-interpretation" we've been seeing with their campaigns so far. It's an approach that covers both the nostalgia angle while still being "new" to a large degree. Handing it off to Goodman Games, the "retro" publisher (they print Dungeon Crawl Classics, among other games) means that WOTC isn't "wasting" their limited resources recycling old material. They're allowing and encouraging the kind of stuff some of us wanted for a long time.  It's remarkable how far we've come.

Yes, I will probably end up getting some or all of these. I've converted some of the old adventures for every single D&D campaign I've ever run and I think you could run a perfectly fine 5E campaign using nothing but converted AD&D modules.

This is a really cool development.
Posted by Blacksteel at 1:24 PM 1 comment: