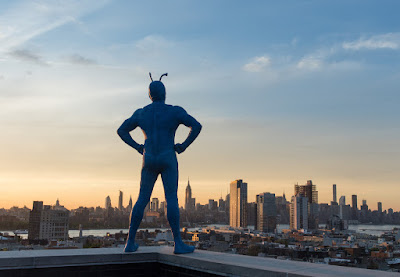 Busy week here but I have had time to catch three new shows for the fall: 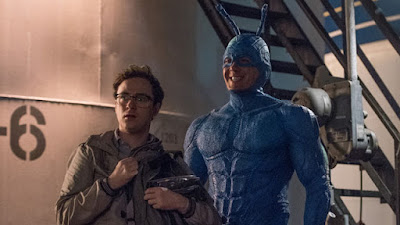 There's just the one episode available for now but it is really funny. I was a fan of the comic book and the animated series (20 years ago now!) and liked the Patrick Warburton live action show, short-lived as it was. I wasn't sure about this one at first but by the end of the episode. Arthur has a better character angle in this version,  Jackie Earls Haley is The Terror, and the Tick is just as he should be. It was picked up for a ten episode run last month and those are supposed to be out next year. Really looking forward to this one. 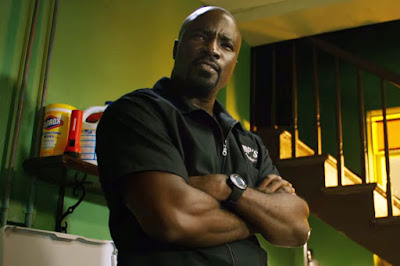 I have loved the Daredevil series so far. I wasn't quite as impressed with Jessica Jones but still liked it. Now with Luke Cage I am hoping to see something interesting - a street level super with powers that is handled very different from DD. He's still a "fighting guy" if you want to look at it that way but to me there are a couple of key differences from Matt Murdock:


So I think there are enough significant differences to make it interesting on its own. I've only watched the first episode (like I said - busy!) but I will be working in the rest over the next week or so. 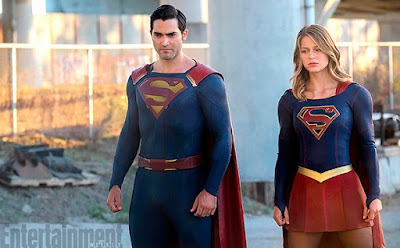 I thought Season 1 was about as well-done as I would have expected from a network show about a sort of B-list superhero. I'm not trying to pick on her but I think she falls into the category of a lot of people are aware she exists and what she looks like but don't know much more than that. I mean, who are Kara's big enemies? What's her day job? Romantic interest? Things even non-comic fans can rattle off about Superman are pretty obscure for Supergirl.

All that said I love most of the casting decisions and the storylines as well. Who knew we were going to get Martian Manhunter as a major cast member in a live action show? Now with Season 2 we get Superman as well - a fairly classic Superman as well. This first episode was really really cool for a long time superhero fan.

The only thing I haven't liked as much is the whole DEO thing. Sure, it gives her a reason to team up with other people and fight aliens but there are a lot of ways to handle that. It's a little heavy-handed but not a deal-breaker for me.

With the move to the CW and the potential for more crossovers with Flash, Arrow, and Legends of Tomorrow the potential for this show is just amazing. It's a true comic-book style superhero universe on TV! Any or all of the characters could show up on any of the shows, and that's just too cool.
Posted by Blacksteel at 12:00 PM No comments: