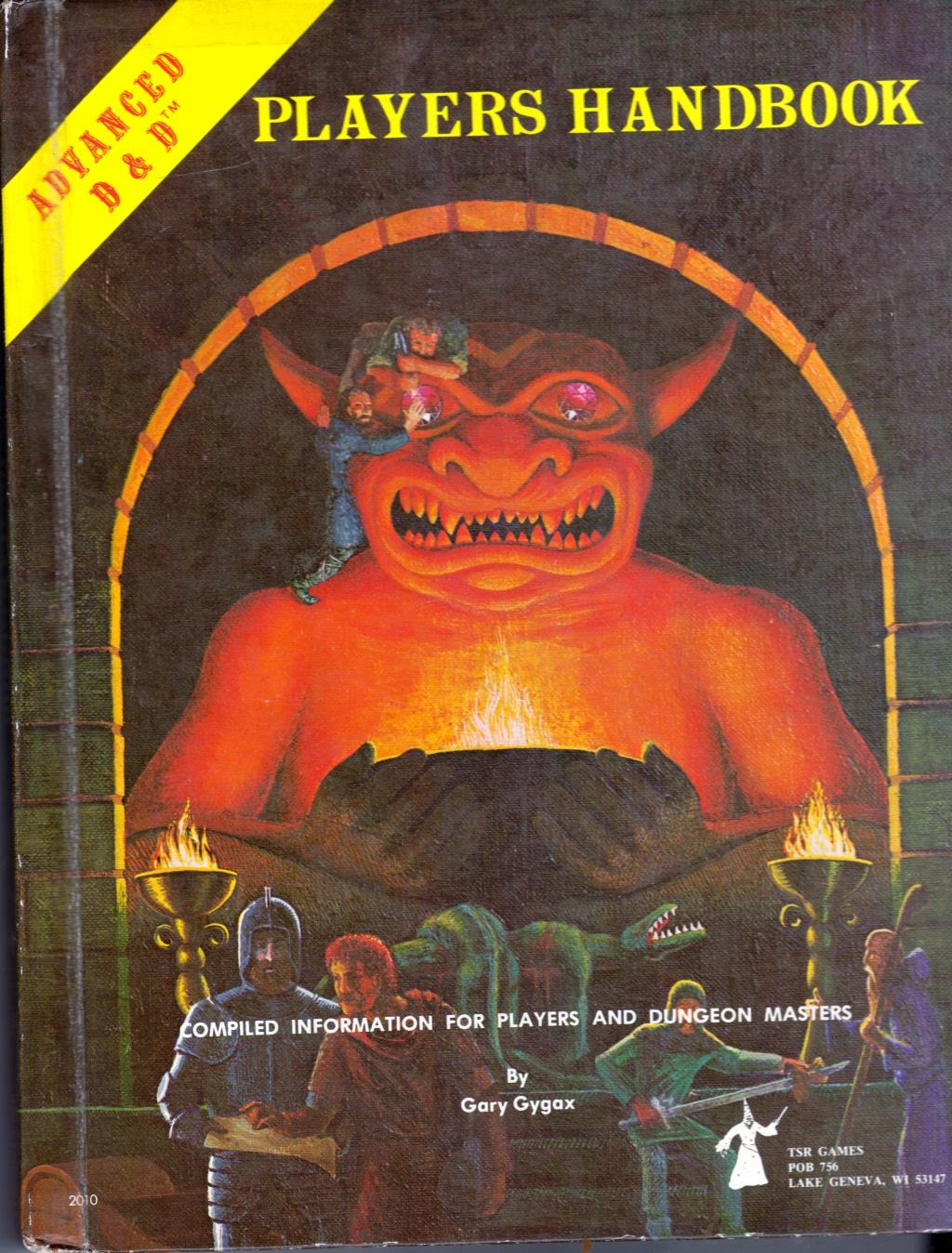 ...and now the man who created it is gone. End of the story here. 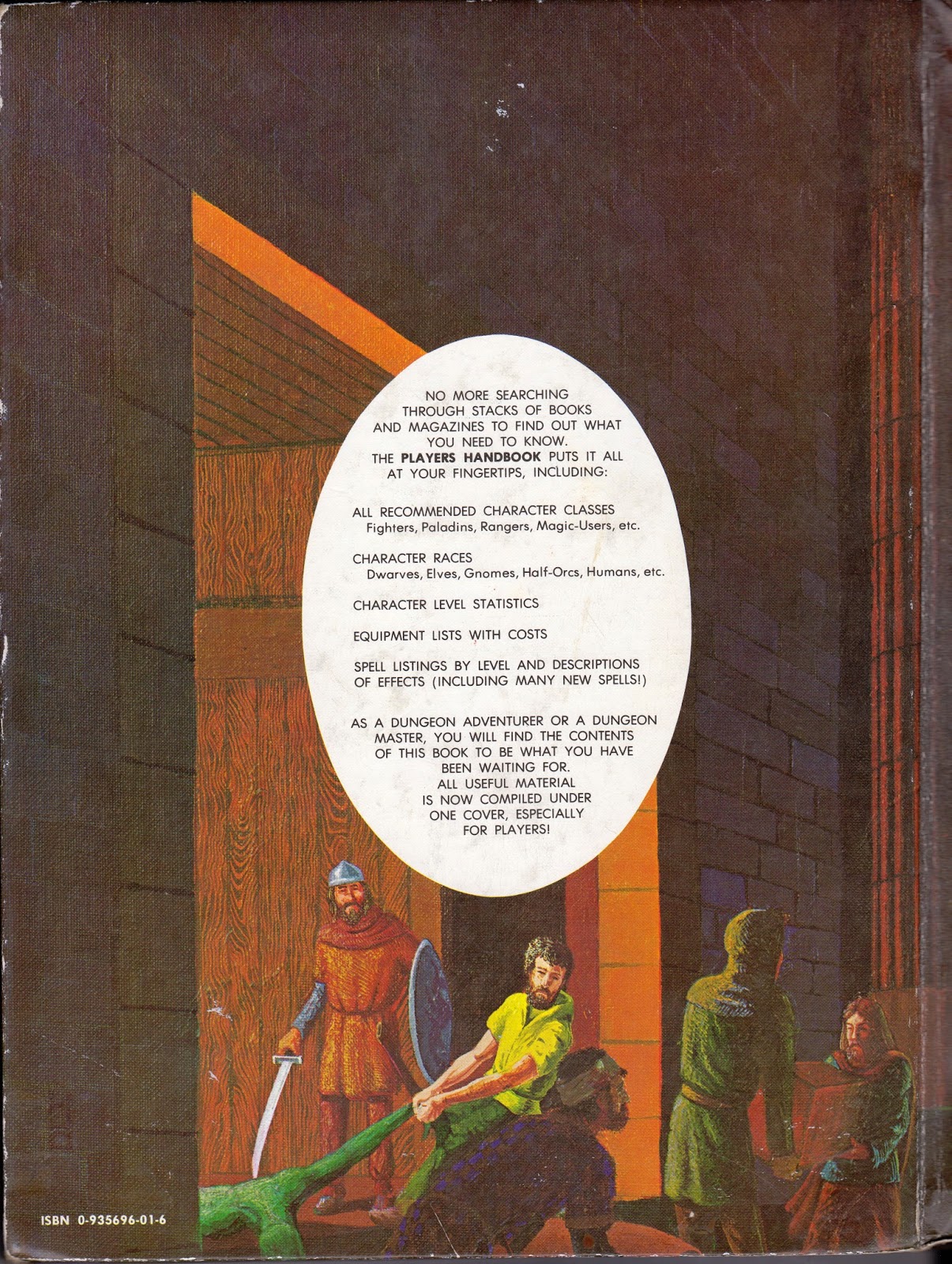 He did lots of other iconic work besides this, a good look at some here.

That's the cover of my original PHB, still in pretty good shape after thirty-something years and many, many miles.

I'm sure he had friends and family who knew him better for other things but these are my connection.

Thank you Mr. Trampier.
Posted by Blacksteel at 1:13 PM No comments:

There IS a Hero System Combat Manager! 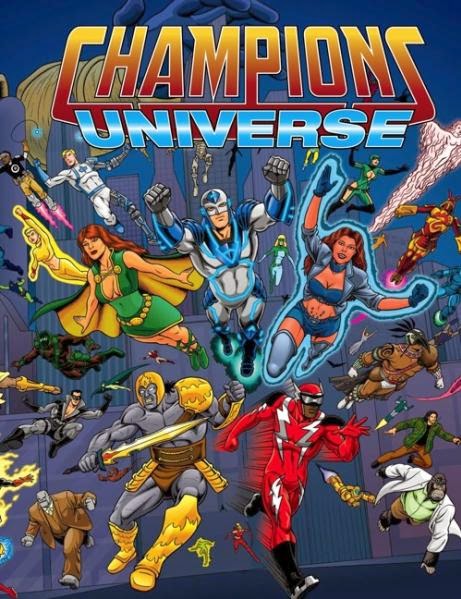 "If there was program like Combat Manager for Hero System, I would run a lot more Champions than I do."

Well, it turns out they have one now. The Hero store has it here. It is linked to Hero Designer, but if I decide to dive back in to Hero in a significant way I would want that anyway.

There is a video of it in use here. It's interesting. The interface is pretty plain, but it looks like it works well enough.

Now it works with 5th or 6th edition, as does Designer. I own 5th but have never really done much with it and skipped 6th entirely. I was thinking 4th would be my preferred flavor of Champions if I started something with it but the availability of these does make that call a little tougher.  I'll have to ponder this one for a while.
Posted by Blacksteel at 12:00 PM 1 comment: 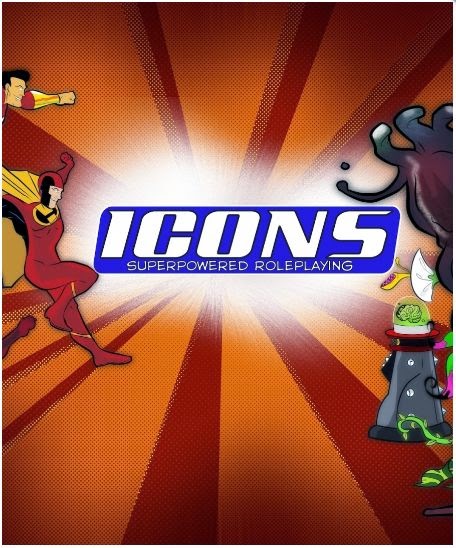 My previous posts on this topic have involved either "lighter" games like Basic D&D and Savage Worlds or using certain tools to make a more complex game like Pathfinder a no-prep game. Now ICONS is a lighter game mechanically but the superhero genre as a whole is fairly easy to run with zero prep regardless of rule system.

First, ICONS: I've posted about it a bunch here. I think it's a great system. It plays well, plays fast, feels like a superhero game, and it's been very well supported. It's pretty portable too. Everything for the system is available in PDF so you could theoretically run the whole game from a tablet. The game uses d6's and those are easy enough to find. I keep my ICONS PDFs in my Dropbox folder so if I could scrape up a few d6's I could run a game from my phone!

Default character generation is random. Rolling up a character is quick though it may take a little time to come up with a concept. In a from-scratch zero-prep game I can use the time the players need to do this to pull together a scenario. A bank robbery is a traditional campaign kick-off, if nothing else comes to mind I can start there.

In the main ICONS rulebook there are some villains, stock NPC's like ninjas, cops, and cultists, and animals from dogs to dinosaurs. That's enough to get started and run a full session. Citizens, guards, evil henchmen and a villain or two who are in charge of the whole thing. 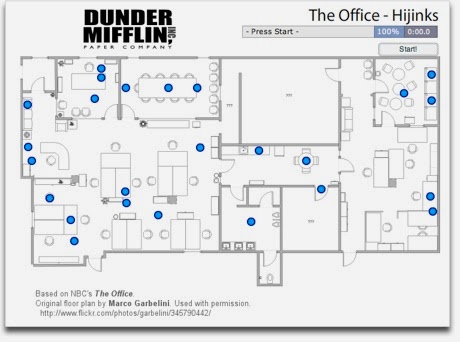 ICONS is not a tactical game so the need for a detailed grid or hexmap is pretty much nil compared to something like 4th edition D&D. Still, it's good to have references. If you don't have a good layout in your head then Google is a great tool - look up "bank floorplan" or "office map" and you will see multiple options.

So now I have heroes, villains, bystanders, a setting, and a plot. That's everything I need to run! Once the initial robbery is foiled, the players will begin to speculate on the heist and/or look for more trouble. This is where the nature of superhero games begins to work in your favor:


Maybe one character sees someone else watching from a nearby rooftop - friend? foe? rival? I guarantee if I drop that into the scene it will be pursued by at least one player character. Maybe it's a local hero just happening by who can be a source of information. Maybe it's a setup and the pursuit leads to a dead-end alley full of ninjas. Players tend to offer a lot of helpful speculation when they get excited about something and there's no reason not to use those as suggestions if you can - plus it makes them feel that much smarter. 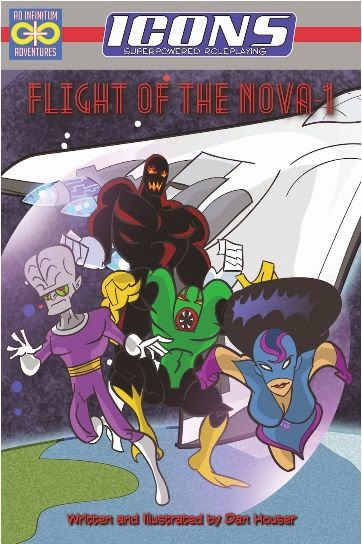 Now ICONS also has a pretty wide selection of published adventures if I didn't want to go in totally cold. With that the only prep is reading the adventure - still a pretty light load. The only downside compared to something like the Pathfinder AP adventures is that most of the ICONS adventures are only going to take one session so you will be on the hook to prep something new (or get another adventure) for the next run.

A traditional superhero campaign combines two things that are darn near omni-present in modern life: superheroes and ... modern life. This makes them especially suited to low-prep or no-prep play, because you probably already have a lot of familiarity with both of them. You really just need a system, some bad guys, a plot or scheme of some kind, and a setting.
Super game core books also tend to include lots of scenery details: stats for normal people, animals, phone booths, fireplugs, mailboxes, brick walls, vault doors, cars, light poles, and all of those things that can be punched, thrown, or threatened in the course of a super-encounter. Use them!

My final piece of advice to anyone thinking about playing or running a superhero rpg is this: If comic books are too old-fashioned or a different flavor of nerdy than you like, get on Netflix and watch some Justice League. It's animated but it's a great example of how a long-running supers campaign could go: there is a core team of heroes but many come and go over the years and not every episode (or session) features the complete team. NPC's drift in and out of relevance. Some turn out to be enemies. Villains come and go but there is a core of recurring villains that help tie things together. In general there are consequences to things that happen and decisions that are made and that continuity over time is something to aim for in a tabletop RPG regardless of the prep-level. 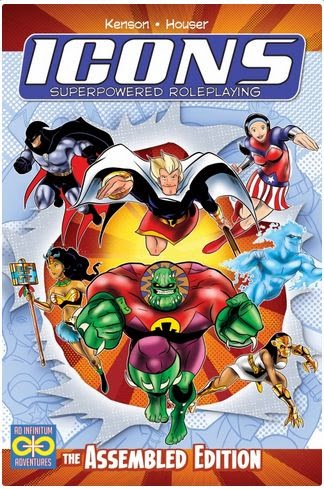 With a nice shiny updated version coming out this summer, there's even more reason to give it a try!
Posted by Blacksteel at 12:00 PM 2 comments: 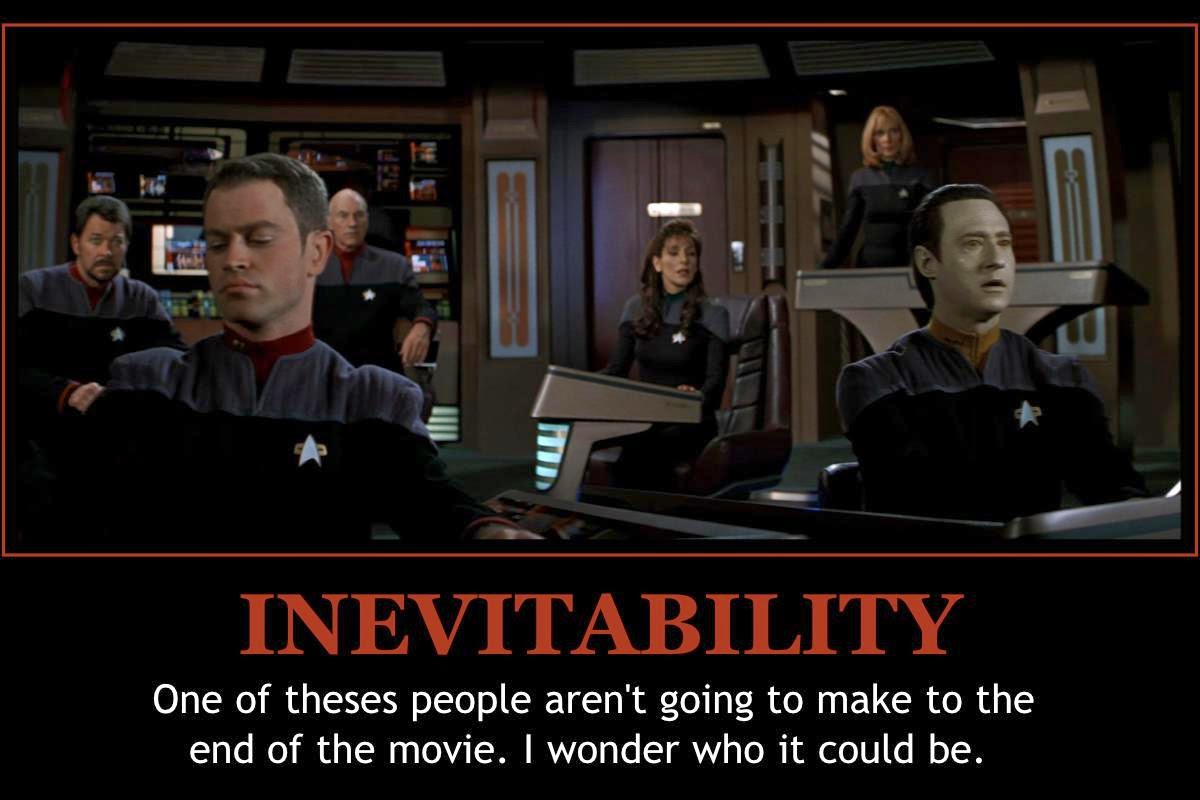 Posted by Blacksteel at 8:43 AM No comments: