I put up a post about some new arrivals last week and since there was some discussion around it I thought I would follow it up this week with the next chapter in the story:

That wraps up the core of Mekton II. I know there's an adventure or two and I believe the techbook was for Mekton II but I always thought of these three books as giving you the main system, an option for a smaller scale game in Roadstriker, and an option to blow it wide open with Empire.

As far as actual campaigns I've never run or played more than a session or two of Mekton. I have had what I thought were some pretty solid ideas for campaigns years ago but I think I tossed my notes when I sold off the books so I'm starting with a blank slate at this point. I have been rolling a few ideas around in my head:

There's not a lot of danger of any of these ideas being called into service in the next few weeks so I have time to work them out. I may have a need for them one of these days as I think I have 2-3 players now who are interested enough to at least give the game a try. I may put together a "pilot" that would take a session or three to play through and see what kind of reception it gets. WHo knows where it might lead?

Anyway that's the latest on the gaming front here. More to come.
Posted by Blacksteel at 12:00 PM No comments:

5E: A Review of Hoard of the Dragon Queen 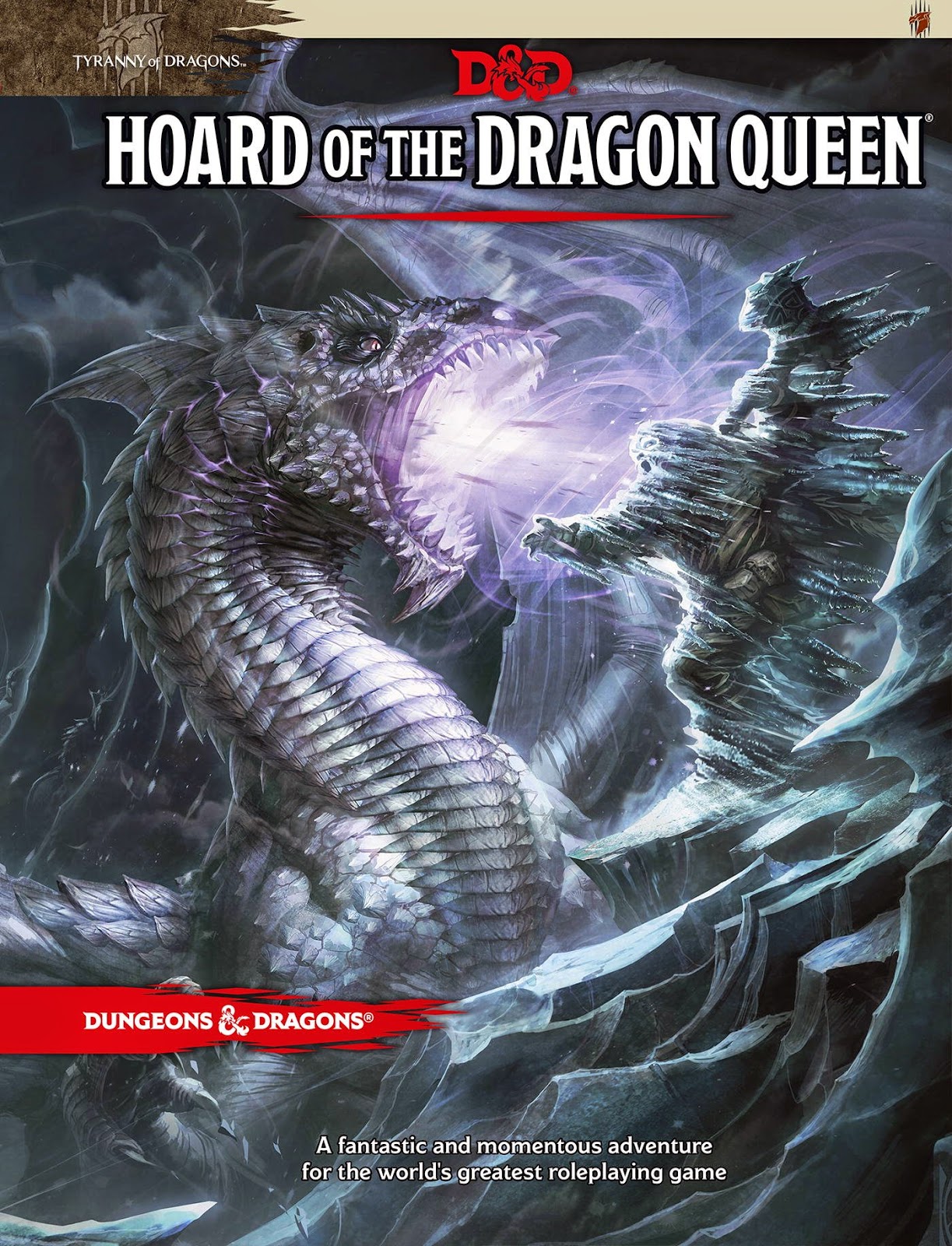 As a DM who runs a fair number of published adventures I knew I would be picking this up and I wanted to write out my thoughts on it as an adventure I might run. I did not read any other reviews of this to avoid groupthink, but I have read some since I finished it and I have links to those at the end.

I read it, thought about it, read parts of it again and ... I'm just not particularly excited about it. It's nicely presented in full-color hardback but it's the same length as a single Pathfinder AP installment so it feels a little light as "half" of what is supposed to be the first big published campaign for 5th edition.

At a big picture level, Tiamat has been the center of Red Hand of Doom and War of Scales, so she's not exactly underused when it comes to big D&D adventures. I've run all but a final wrap-up of RHoD converted to 4E so I've seen plenty of dragon cultists. That doesn't automatically mean the theme is tired - there's a lot you can do with dragons & cultists - but I'd like to see something new & interesting.

I'll break it down by chapter: 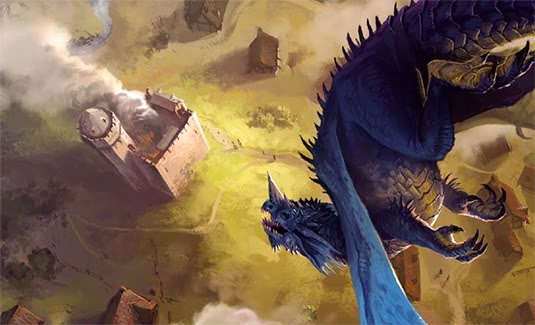 Chapter 1
New party arrives in a new town, which is under attack by dragon cultists and a dragon.This is presented reasonably well, timing and various environmental conditions are covered and there is a random encounter table to help show the chaos of a town being raided. Instead of feeling like a mini-sandbox though it feels very structured as the governor directs the PC's to accomplish various missions around town. There is also the dragon who doesn't engage directly but performs drive-by breath weapon shots that can kill a starting character in one shot. I'd probably run this a little differently as I don't like the heavily scripted feel to it but I think a party with some initiative won't need the heavy direction the adventure somewhat assumes. I also think an old school group, if less heroic in some ways, is going to watch from a distance until the whole thing blows over.

Chapter 2
Party is recruited to go after the raiders to get information and to rescue a missing citizen. It ends up leading to a bandit camp type encounter. This is interesting as options are discussed from stealth to infiltration to straight-up combat. This seems pretty thorough but it continues the heavy emphasis on NPC's as the rescued NPC has an agenda of his own and an ongoing role in the adventure.

Chapter 3
Party is asked to return to the place they just left where they find the camp mostly empty but discover another "level" to be explored. I don't like the backtracking part of this. It leads to the first true dungeon of the campaign, but I suspect many parties will investigate both the camp and the cave in one trip.

At this point the characters are spending levels 1-3 roaming around one smallish area but there is not much information on the town they are using as a base once the attack is over and the whole adventure so far could happen in about 3-4 days. It's not a lengthy period of time but a little more town development would have been nice for the first adventure of the new edition. There is also no "area map" that covers this region in nay detail other than the large-scale map at the beginning of the adventure that shows the entire Sword Coast

Chapter 4
The party heads out on the road for a lengthy trip up the Sword Coast. First in another town (un-detailed but has important NPC interactions), then on to Baldur's Gate where they join a caravan for a two-month trip to Waterdeep. BG gets a whole paragraph of detail but there are other sources out there is one wants some official material. The meat of this chapter is the setup for the caravan trip. There is quite a bit of information on who else is a part of the caravan (both backgrounds and cargo carried) and there are encounters to be found along the way. There are also some set events which are interesting and could have consequences for the future. Despite the amount of time that will be spent here there is no detailed map of the route, just the large scale map.

Chapter 5
The caravan arrives in Waterdeep, disbands, but the cultists the party is following are headed even further north towards Neverwinter (yes it's a grand tour of "Famous D&D cities" alright) so the PC's join up with another (smaller) caravan headed north. This is all of 3 pages and the primary goal here is to let the PC's discover a secret tunnel leading into a swamp and a trail that leads to a ruined castle. If the players aren't watching things pretty closely then this could turn into a dead end pretty quickly. I see a real chance for the PC's to be at a loss and the DM to have scramble to come up with a way to connect the end of the caravan to the ruined castle. 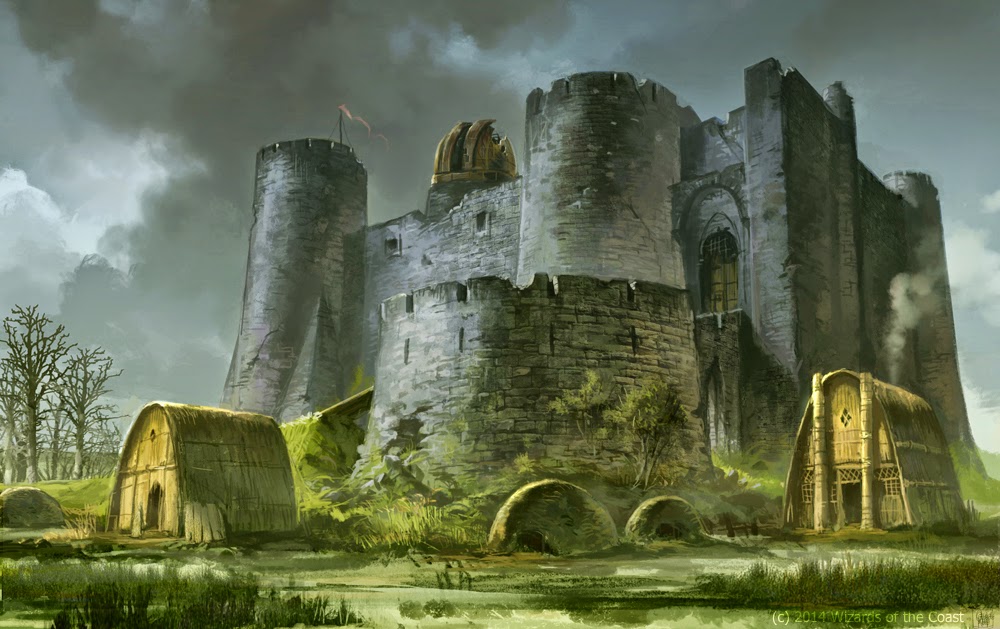 Chapter 6
This section is a trip through a swamp to the ruined castle which is a good-sized dungeon full of several different creature types. There is dissension between some of the various power groups so allies can be found and deals can be made. There's no area map of the swamp so the assumption is a fairly linear journey following a trail or being guided to the castle. This is probably the most traditional D&D part of the whole adventure. It seems fine in general. The bottom level has a teleportation portal that leads to a hunting lodge in some mountains that are quite a distance away.

Chapter 7
The hunting lodge is both a crossroads for several other portals and serves as an HQ for part of the cult. Theoretically there is a chance to talk to a major villain, possibly cut a deal with a cult leader, and otherwise take advantage of internal cult politics. What it looks like to me is that the first combat will bring everything in the lodge down on the party in a massive melee brawl. There is another tenuous link to the next chapter here as well.

Chapter 8
The party proceeds to a village nearby which is more detailed as far as NPC interactions than the first village in the adventure. This is an odd choice, because the real goal of the party is outside the village and the PCs are only expected to spend an hour in the place!

Outside the village is a flying ice castle built by cloud giants, sitting on the ground making preparations to leave with a load of treasure for the cult. Once aboard the party will encounter a wild mix of exotic foes including giants, undead, wizards, and dragons, along with some powerful cult leaders. This is a potentially spectacular finale as the characters could end up dead, in charge of a flying castle, or bailing out as it crashes into a mountaintop, depending on how things go. Even here there are allies to be made so wholesale slaughter is not the only option.

The Next Book
There's a little bit of information about what happens in the next book and it looks like it commits the major sin of assuming the PCs fail at stopping the cult's activities in order to keep it's big finale intact. I hope that it doesn't, or that it has some good reasoning as to why. There's no real clue as to how the next adventure will pick up, so for now a DM won't know if there's anything particularly plot-important that needs to be taken into account. Most likely the party ends up in the Spine of the World, waiting for book 2 to begin. 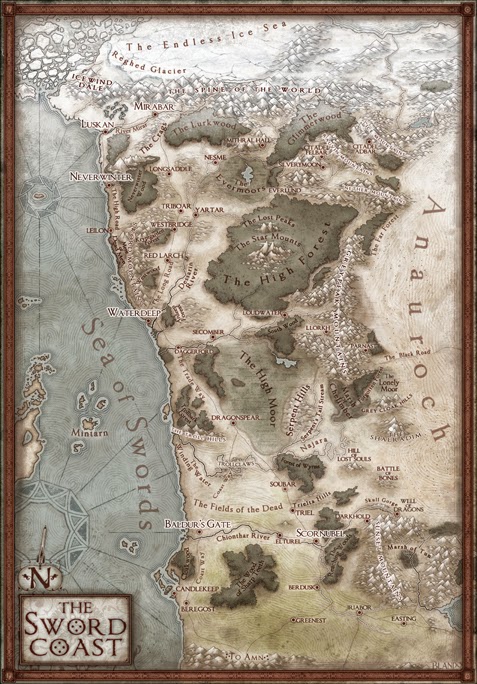 A few overall points:
Modifications I Would Make

Conclusion
I wanted to like this adventure but it takes an interesting premise and doesn't really do anything exciting with it. The flying castle at the end is the coolest part but you have 6-7 levels worth of  "blah" leading up to it. I'm looking at it now asking myself  what parts of this are going to generate stories we will be telling years from now? I can't see anything other than maybe the finale. The Sunless Citadel for 3E is not my favorite adventure but at least it had Meepo and the dragon hatchling that a lot of people seemed to enjoy. With the Kobold Press name being thrown about I expected more than this.

I think the structure is a big limiting factor. instead of having NPCs ask or tell the PCs to go and do things how about letting players discover some clues in Chapter 2 & 3 that lead them to other areas in whatever order they choose, even if they're spread all over the Sword Coast? Let the players have some say in where they go and what they do. With the new mechanics and "bounded accuracy" of 5E a more sandboxy approach should be easier, as the system is more forgiving of level differences.

My main feeling about this is "missed opportunity" and that's a shame.

Other reviews (looks like I'm a month behind but oh well): 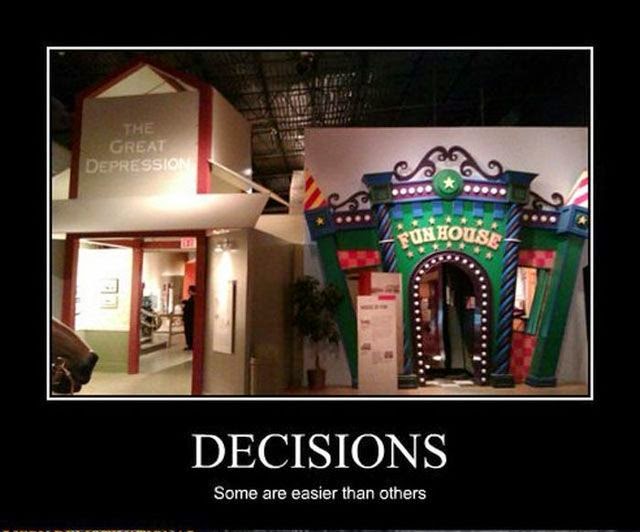 Posted by Blacksteel at 9:42 AM No comments: