I posted this almost a year ago about adapting tabletop gaming to a new model: Instead of announcing that I am going to run Game X on Date Y I ask who can make it on Date Y and then, based on the available player pool, run Game X, Y, or Z. It's a fairly common expectation to try and build a game around a set group of players, and it's a pretty common reason for games to get cancelled when one (or more) of those players can't show up. This approach is an attempt to get around it.

Now you may say "press on!" and in the past I have done so, but if the party is 3 levels deep into the lich-king's dungeon and the cleric can't make it there is usually some resistance to forging ahead. This is not just a D&D thing either - if Tech Sergeant Chen was taking the lead in escaping the work pits of Saladar-9 it doesn't make much sense for him to completely vanish from the adventure when his player can't make it. So there are plot-reasons, campaign coherency reasons, and game mechanical reasons for wanting a consistent group of players for an ongoing game.

I ended up running two different 5E games this way: I was running one for Paladin Steve, Variable Dave, and Apprentice Blaster. Dave couldn't make it for a while but we wanted to keep digging in to 5th edition, and Steve's oldest is ready to try out D&D. So we started another 5E campaign, this one set in the Realms, and it's going really well. It's now the "D&D game we play when Dave can't make it" campaign.

I've tried this approach for the past year and let me tell you - If we don't have the mix for the "main" game we will still have the mix for *some* game and that means we're playing that week instead of not playing. We may have to wait an extra week or three to see how it goes for Tech Sergeant Chen but it between we're going to find out how Smuggler Captain Jak Daniels, his First Mate Gim Beem, and Jedi Knight Jon-E Wahkker do against the Fearsome Bounty Hunter Rum Chata in the days of the Old Republic instead.

It's tricky being a GM sometimes.


The main advice I can offer here is this: Resist the temptation to let every player join every game. If you do that you're circumventing the whole reason for taking this approach. If somebody can't make it you have a game tailored to just the people that can. Don't screw that up!

Also: Don't run multiple campaigns for the exact same group of players. I ended up doing that last year and all it does is create conflict. I have a D&D game and a Deadlands game that is based on the same group of 3 players. It's dumb - don't do it!

The Final Challenge: You're going to run a lot more games as in "campaigns" but you're going to spend less time on each one over the course of a year. How much "more" and "less" depends on how often your players miss. You do have to pick a "main" game - "if everyone can make it then this is what we play" and then things branch from there. Decide the others as the schedule issues come up. If you get into an interesting run and then that particular group never seems to get together again go ahead and schedule a special run to wrap it up! If a group wants to drop one game and play something else instead let them!

It's mostly working for me so I'm going to keep doing it. More to come as things develop.
Posted by Blacksteel at 12:00 PM No comments:

Looking Back and Looking Ahead 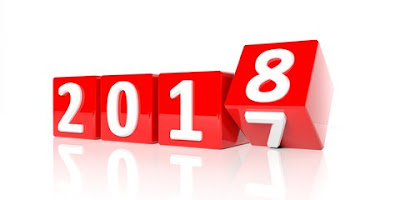 2017 was an interesting year - the year I ran more different games and less of any one game. It was also a year I filled in a lot of boardgame "gaps" that I had been feeling for a long time. It was also the year 40K was reborn and became even more our Number One miniatures game.


The single biggest issue (and I know I'm not alone here) is schedules: I have college kids with their work and school schedules, I have adults with work and family schedules, and it's a real challenge to get those to sync up regularly. It gets an order of magnitude more difficult when trying to keep the same group of players together for a particular campaign! Now about a year ago I outlined my approach to managing this and that's pretty much what we have done and it works - with some considerations I will describe in a future post.

In spite of the challenges I am still getting to run a lot so some things are going well. 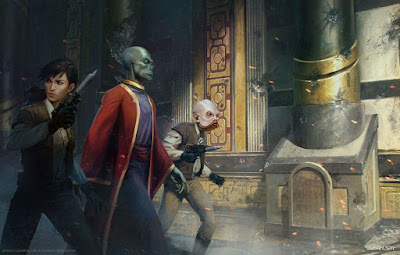 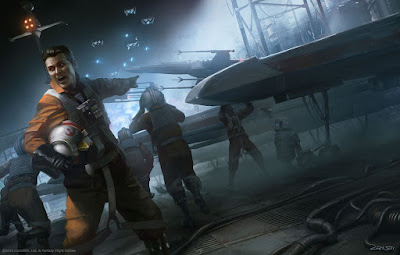 We're regrouping on the FFG Star Wars and I expect we will at least finish Beyond the Rim early this year. After that I am not sure. I'd like to do some more with it but it will depend on the players. I expect the d6 game to continue.

The third main game will be Savage Worlds but right now it looks like it will be in the form of Rifts. Rifts! I'm set to run a kick-off session this Saturday so we will see how that goes. Assuming we have fun with it I could see it becoming the "other" game we play on a somewhat regular schedule. If it fades out then Deadlands will likely make a comeback.

Anyway it's shaping up to be a good year - I have a clear course, a decent plan, some backup plans, and interested players!
Posted by Blacksteel at 3:50 PM No comments: