During an otherwise quiet weekday morning several citizens find themselves at the downtown branch of the Atomic City Bank. Suddenly the doors fly open and 5 armed thugs rush in, followed by a mountainous man-thing who strides to the center of the room and bellows "I AM OGRE! I AM STRONGEST! AND I AM TAKING ALL THE MONEY!" Various panicked patrons and employees hit the floor in response.

But it turns out that not all of the people in the bank are helpless bystanders. One woman turns with glowing red eyes and extends her hand. One man smoothly draws unfolds a hi-tech bow from a briefcase he was carrying. One man snarls and sprouts claws from his hands. Then another man turns to the criminals and reveals his dark-furred skin as a spiked tail rises up over his shoulder. All assume a stance that indicates they are ready for combat, then a hurricane of violence is unleashed.

In the blink of an eye the woman, clearly the superhero Nightmist, is next to one of the thugs and her arm blurs as she backhands him across the room - he slides to a stop and does not rise again. The bowman, surely the new hero Eagle Eye fires an arrow into the middle of the room which begins spraying out a dark smoky cloud. The spiked-ail character is surely Darkjumper and he tail-slaps one of the thugs next to him, stunning the man, then he disappears in a cloud of smoke and reappears next to another thug across the room. The other man, now hairier than before and sporting large claws growls and rushes "Ogre" from near the entrance, slamming into him with a furious claw assault - this must be Strikewolf, another new superhero.

The struggle lasts less than a minute - Eagle Eye fires off several explosive arrows, stunning and bruising multiple thugs and is hit once by gunfire, staggering him. Nightmist and Darkjumper join in the fight against Ogre and manage to land several hits - Nightmist goes toe to toe with the big villain while Darkjumper teleports behind him, tailslapping and dodging when the blows are returned. For a brief moment the heroes appear to be in trouble when Ogre finally connects with a full-strength-dead-on punch to  Strikewolf, rocketing him back into the lobby wall through it, and then through the outer wall of the bank, and sending him almost the length of a a football field down the street. He lies in the street, stunned for a few seconds, then he gets back up and breaks into a full run back towards the bank, scratches and bruises healing as he does so. As Strikewolf rushes back into the bank, Nightmist and Darkjumper have been pounding on Ogre as Eagle Eye finishes off more of the thugs, identified now by their uniforms as agents of the sinister organization Viper. Nightmist and Darkjumper each land one more hit as Stirkewolf launches into an all-out power attack with his claws and sends Ogre flying back, knocking him out. The last two Viper agents run for it but they can not outrun Nightmist and Darkjumper, who run/teleport in front of the fleeing duo and extend one arm each, clotheslining both agents in a full run, dropping both of them to the ground.

As police sirens wail in the distance, Nightmist fades into the darkness and Darkjumper teleports away, leaving Eagle Eye and Strikewolf to fill in the authorities on hat just happened.


DM Notes: So during my time off this week I decided to run the apprentices through a Mutants and Masterminds playtest. We built characters but I wasn't sure we really understood the system well enough to make characters they would want to keep and no one really wanted to play any of the templates in the rulebook. So out comes the handy-dandy Marvel Heroes compilation by some of the M&M ThinkTank guys and soon we have Hawkeye, Nightcrawler, and Wolverine in M&M form along with Apprentice Twilight's half-vampire self-made character Nightmist. Making a nightmarish mixture of systems, I then used the starting scenario from old-school Champions and had Ogre and some Viper agents robbing a bank. So we have some Marvel characters fighting the Campions kick-off adventure using Mutants and Masterminds as the system - Yeah!

It was very slow and very clunky but I had been reading up on the rules before this so we covered the basics fairly well. We worked in some of the options and feats very gradually and by the end of the fight (al 8 rounds of it) we had a pretty good sense of the flow of the game The whole idea of Attacker tolling to hit but Target roiling for damage was really messing with their heads but they seem to have gotten comfortable with it now.  It went well and they are ready for more.

One off-table challenge was for me to come up with a setting I liked. I haven't written up a super setting for probably at least 6 years and even then it was notes on a campaign that never happened. I wanted to start fresh so I ignored all of my old stuff and the Freedom City sourcebook and just started brainstorming. I'll post my notes later but "Atomic City" is the result. It's a fictional city on the west coast that will contain only the stuff I want to include - no baggage from old campaigns or systems or characters, although the history may include some names from some of my old ones that never had a strong setting. They need a home and I just happen to have one for them now...
Posted by Blacksteel at 12:59 PM No comments: 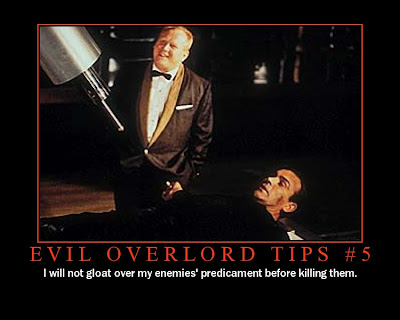