Developments Near and Far 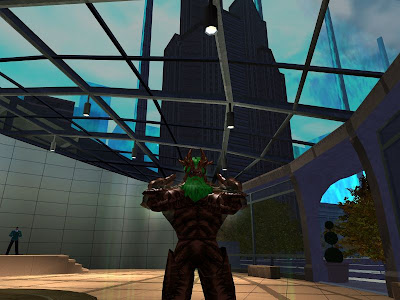 Oakenshield is looking kind of annoyed up there because he hasn't gotten to come out and play lately and he hasn't gotten a writeup for ICONS or M&M or MSH or anything else either. The new job isn't a problem so much as being way away from home base and dealing with older hardware. The "laptop" is a step up from trying to blog via phone but the fact that I can type faster than it can display the text is a constant irritation while trying to work and its sapping my usual ability to work around system limitations.

Being away from home also means that there isn't much actual gaming going on and that's what usually drives a fair amount of the writing on the Tower here. I have a backlog of session summaries to post and I will probably work on those over the next little while but it's not exactly what I've been in the mood to do. I got all fired up about M&M 3 and then had to go off on a work thing for a while instead of firing up the campaign! In the meantime if you're interested in some current Supers games I recommend the Vigilance Press Podcast, which is keeping me entertained on my travels.

The good news is that there is some talk of completing the mission early which means I can return home somewhat sooner than expected and get back to gaming and posting more regularly. Some additional good news is that new job = new hardware and the mobile crime computer is clearly overdue for an update, so it will be improved, dramatically,  in the very near future. Hopefully then I can at least get back to posting without gritting my teeth.

And Oak baby, writeup this week I promise, K? OK then.
Posted by Blacksteel at 8:38 PM 1 comment: 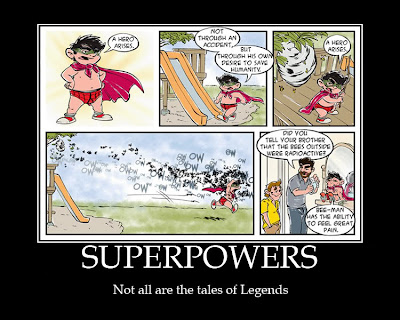