Goings-On Around the Tower: A slow creep back to action ...


It's a little funny that I've gone this Pathfinder-intensive. I like the game fine, but 5-6 years ago I was as  done with 3rd edition as one could be. The last couple of years it has somehow turned into my main game.

I do intend to use some of those other books on my shelves. Most likely candidates: Savage Worlds, Mutants and Masterminds, ICONS, Spirit of 77, FATE, or some flavor of Star Wars. I have ideas for all of them, and all of them are good candidates for a one-shot game to break things up. That's also all everyone seems to have time to do right now anyway. 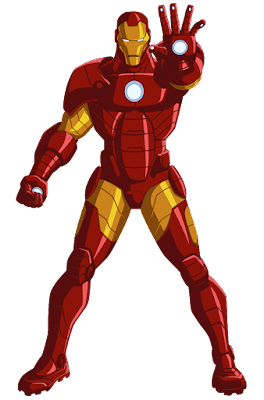 There are probably more superhero RPG's available now than ever before. This is largely due to the growing acceptance of PDFs as "real" game books over the last ten years and the proliferation of sites like DriveThruRPG making it easier to find those PDFs. So somebody finally sees their chance, writes up their own set of rules, publishes it, some people love it ... now what? Supplements!

Every superhero game from Champions to Mutants and Masterminds to ICONS to BASH to Supers to all the rest has a series of supporting books. Typically they include additional powers (handy), a setting or three (also handy), a set of enemies to oppose your heroes (also also handy), and maybe a focus on a particular topic, something like gadgets or vehicles or magic or mental powers. Those are all more or less useful. I own a bunch of them and they are nice to have when your campaign is up and running and players dig into an area you haven't spent a lot of time developing.

There is one type of support book I have a problem with though, and that's the book of thinly-veiled clones of a well known superhero. I don't remember this kind of thing coming up years ago, presumably because most books of Super - NPCs were sold as villain books, a Monster Manual for a different type of game. If you needed a hero it was simple enough to use the stats and the illustration and just give them an attitude adjustment to "good guy" and you were all set. Lately though I've started to see a few things like this: 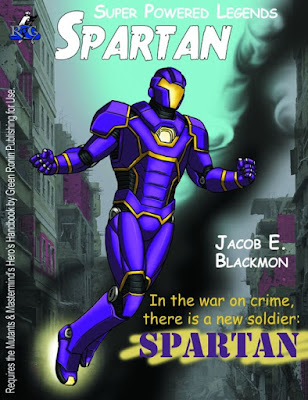 Spartan (PL 10) is a carousing playboy by day and an armor suit-clad hero by night. Fueled by genius, curiosity, and the occasional recreational pharmaceutical, he makes no apologies for his public identity, nor his quest to squash those who would misuse the technology stolen from his family.

There's a series of these on DTRPG and I have to wonder what the creator is thinking. Just on the Green Ronin forums alone there are multiple versions of Iron Man, let alone what a google search turns up. Why would anyone pay for this interpretation? It's only $1.99 but it's also only 2 pages long which tells me it's the above picture and a page of stats. Compare that with this, as just one example.

I don't want to just pick on this one product - there are others out there- it's just the most recent one I have noticed. This type of product though ... I'm not a fan. Sure, if you're publishing the official marvel RPG then go ahead and give us your official game stats, same with DC. For a non-well-known setting though, well, original concepts or twists on well-known concepts are always welcome but it's difficult for me to envision purchasing someone else's interpretation of a well-known existing hero. The internet tends to generate those in large quantities for any moderately popular supers game system. Interesting art? Sure, I can use that. Stats though ... stats are pretty widely available. Even the classic "Enemies" type book has lost some of its luster for me. It's become a go-to choice for most publishers and I'd say every game system benefits from at least one such book. That said, the value of each one diminishes as more and more are released, as a given campaign is only going to need/use/burn through so many NPC villains and heroes, even if it runs for years. There's a chance that something new comes out that is truly inspiring, but if I already have a dozen inspirations then the challenge for the campaign is to work them all in, not to find more. 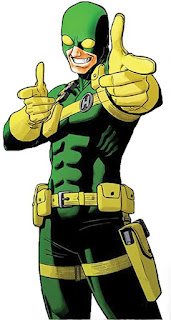 I suppose the challenge with most superhero games is that they tend to give you all the tools you need to build an entire universe in the main book so no supplement is really all that essential. Stats are easy, so books consisting mainly of more stats are not automatically awesome. Now that I've been somewhat negative what would I like to see?


So there's some thoughts and venting on Super Supplements. Things are always changing so maybe we will see more of the above ideas and less of a focus on pros & foes in future add-ons.
Posted by Blacksteel at 12:00 PM 1 comment: