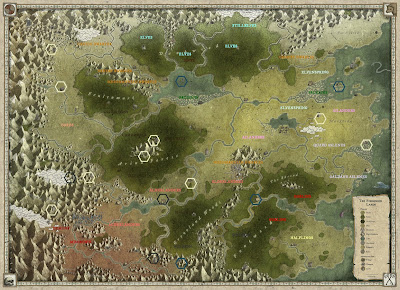 When I can I like to have two games going so beyond yesterday's Sci-Fi choices there would likely be some kind of fantasy option. There is always a D&D type game going with our group ... it's just part of the Way Things Are.

Given that. I spent a ridiculous amount of time gong back through my options ... thinking out loud continues below ... 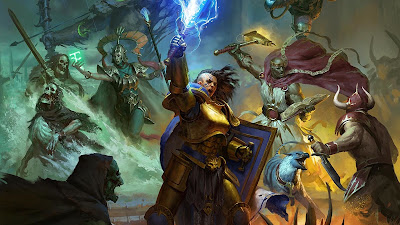 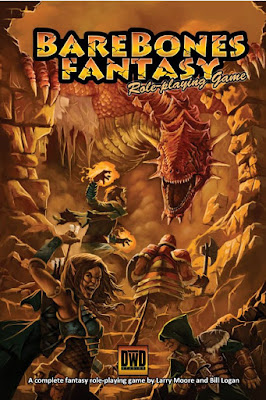 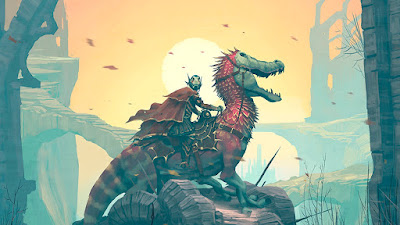 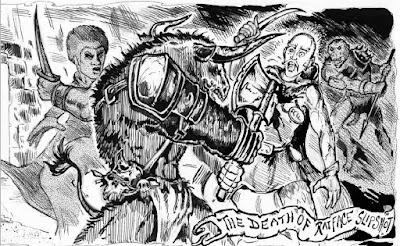 So, after spending a lot of time reading through games old and new the contender list for right now is:

More to come .. hopefully including some session reports.
Posted by Blacksteel at 3:00 PM 1 comment: 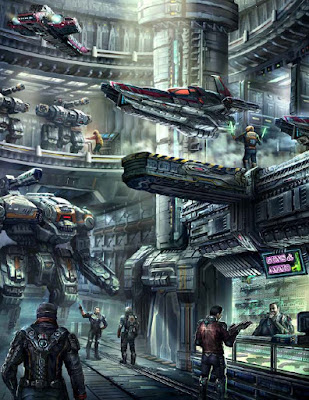 Earlier this year I was running a Pathfinder 2E campaign in a homebrew setting, exploring, tinkering, getting to know the system with my players. Then "2020" happened and it all ground to a halt. Finally though there have been some murmurs in the group and it's time to contemplate what we might do for the last part of the year. So after setting my RPGs aside for the last six months  I've started diving in and reading through a bunch of rulebooks and a pile of old notes for many of them to determine my best options. I'd kind of like to have a fantasy game and an "other" game going and playing at different times. I'm not sure exactly how it would work so that's all a little fuzzy but we will figure it out. Thinking out loud ...
Star Wars
I have way to many ideas for Star Wars campaigns, covering all editions. Before the shutdown I was discussing a Republic-era game and I still like that idea a lot. I just see it as a longer campaign and I kind of want to start with something else before diving into that. A warm up game to get back into the groove sounds like a good idea.
Traveller
I discovered Traveller almost 40 years ago and I've played or run every version other than Traveller 5, Mongoose 2nd Edition, and d20.  I like the system  have some ideas and most of them are tied to the setting and I'm not sure I'm in the mood for 3rd Imperium stuff right now.
Jovian Chronicles
Serious left turn here I know. It's an easy pitch as "The Expanse with mecha" and that had me fired up. Humble just had the whole set of books up for not too much money so I dove in and started learning the Silhouette system. I really want to like it and I do think it's good but it gets fairly crunchy when it comes to vehicles ... and there would be vehicles everywhere in this game. mecha, fighters, bigger ships ... it would be a serious commitment to learn this. Thoughts started creeping in ... Mekton seems both simpler and more cinematic than this ... if I'm going to need a full on complex vehicle design system I already know Battletech way better than I'm going to know this ... so it's on the back burner for now. I still like the system and if I knew someone that already knew this system and I could play a while to learn it I would but I do not.
Mechwarrior
Well, sure - after the thought process above the military mecha campaign was a solid idea in my head and this is familiar territory. I have the first 3 versions of the RPG and I've played and/or run all of them but I thought I would take at the later version "A Time for War" - it's terrible. It reads and looks like it was designed by engineers and the system is shoehorned into a small box mechanically because of the overriding design goal of "make it work seamlessly with Battletech's system for pilot and gunnery skill and wounds. Bought it, read it, disliked it thoroughly. So, back to MW 3rd edition! Look - I have a whole starting campaign written up! House books, Mercenaries book, Rules Companion ... this is totally do-able. So this is one very much on the list. 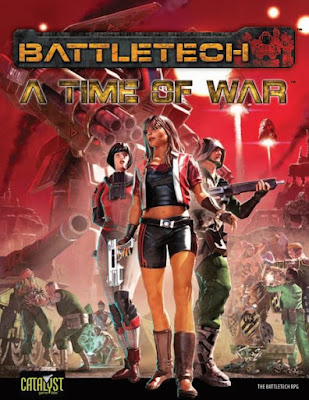 Dark Conspiracy
I don't know why but I do have a soft spit for this weird 90's game. Something made me drag it off the shelf and skim through it again. I have an adventure I like for it but it would very much be a one-shot at this point. The system is easy enough but I'm not sure I want to spend time setting up the universe for what would take us maybe 3 sessions to play through. Still thinking about this one. Conspiracy X kinda falls into the same pit - "90's secret conspiracy X-Files type game" is almost as unknown to people today as the "post-apocalyptic" game that doesn't involve zombies. Speaking of those ...
Gamma World
I love this game. Pretty much any version. Many people think it's a joke game but if you just play it straight it's amazing and it supports long campaigns just as well as early D&D did. Anyway it's always made for a fun game and here again I have at least one adventure I really like that my players have never experienced. Beyond this I would really lean more towards running Mutant Crawl Classics just because there is more system stuff to play with and it has a string of really fun adventures too. This is still on the list as well - actually both of them. 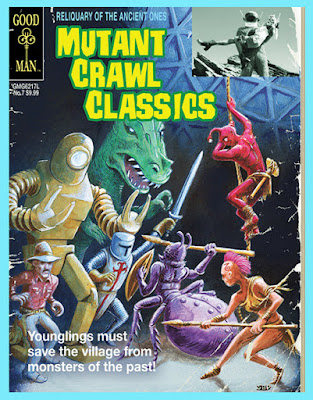 The 40K RPG - yeah that new one, not the old one
Interested of course, and it's not like I don't have the miniatures or know the setting, but this feels like a "later" kind of game. I don't have a solid campaign idea yet either so the fire is not quite as strong. we will get around to it but it's not a priority right now.
Cyberpunk 2020 - because third edition was a mess
I know there would be some interest because of the computer game that's coming out and I have always liked the rules but anytime I start seriously thinking about adventures and situations and NPCs for this game I can't help but think "this would be cooler in Shadowrun" and then the whole thing kind of short-circuits.
Aeon Trinity
I've always wanted to like this game but the background feels ... preachy. The PCs are heavily tied to particular agencies because of their powers and it just feels like the metaplot is so heavy handed it gets in the way of letting the players do their thing. Now I've never run it so that's just my feeling after reading the new version again. It seems like a cool concept mixing near-future sci-fi with super powers but I think most of the pure space games and the pure superhero games do it better. 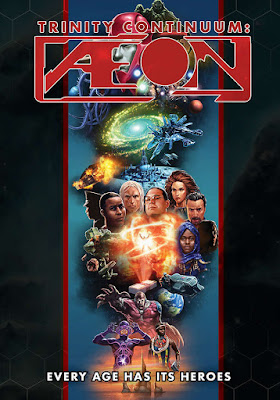 Stars Without Number
Every time I read this game I am blown away. It's uncomplicated but not really "simple". It covers a wide range of options but doesn't really lock the GM or the players into anything. The advice is dead-on with how I feel about running games these days and the tools it provides are clearly a product of actual play vs. theorizing about the perfect RPG. Who would have thought that a fusion of Traveller and 70's-80's D&D would work so damn well? I have a set of ideas for this one, some adapted over from Traveller notes, that I think would run well and make for a fun campaign. It's definitely an option.
So after weeks of research and contemplation my leading candidates are
So there's a chunk of what's been going on here this month. More to come!